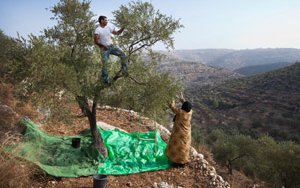 Natural resources and conflict: a guide for mediation practitioners

In conflicts involving natural resources, sustainable outcomes are even more desirable because the shared benefits of these resources often cross tribal, societal, communal, and national boundaries. Collaboration over their ownership, management, and use is therefore critical to peace and stability.

Natural resources and conflict, from UNEP, provides a guide as to how mediation can be used as an effective tool for resolving disputes over natural resources. It offers practical advice to mediators drawing on extensive, hands-on, experience.

Breaking the hourglass: Partnerships in remote management settings – the cases of Syria and Iraqi Kurdistan

The true equity of partnerships between local and international actors can be questioned when one side has all the money and holds most of the decision-making power. This dynamic is more nuanced in a remote management setting because while the international players continue to hold all the money, the local players hold all of the access.

Breaking the hourglass, from the Feinstein International Center, examines partnerships between international and local organisations in situations where international organisations have limited access. Looking at the examples of Syria and Iraqi Kurdistan, the paper highlights some of the particular challenges of working in such an environment, and provides recommendations.

A growing body of evidence increasingly contradicts the assumptions driving bread-and-butter stabilization programs ... In various contexts, studies conducted over the past decade have found little or no evidence linking unemployment and violence.

Youth & consequences, from Mercy Corps, looks at the assumptions on which many programmes intended to prevent young people from taking part in political violence are based. Drawing on research from Afghanistan, Colombia, and Somalia, the paper argues that many of these assumptions are misguided.

Conflict-sensitive adaptation to climate change in Africa, from ACCORD, is a collection of articles from academics, practitioners, and policymakers looking at all aspects of conflict sensitivity in climate change adaption in Africa. The entire book is available for free download.

Terrorist lists ‘shrink the space’ for international peace facilitation in intrastate conflicts by, for instance, criminalising third-party mediation and negotiation support, and impeding confidence-building with listed actors and ‘insider mediators’.

Building peace in permanent war, from the Transnational Institute, explores the impact of counter-terrorism policies, particularly terrorist listing, on peacebuilding practice. Based on research from Somalia, Israel/Palestine, and Turkey/Kurdistan, the report demonstrates how the work of local and international peacebuilders has been affected.

The changing of the guard: Burkinabé civil society says no to coup by stealth

By Sophie Helle: Guatemalan women have suffered horrific violence as a result of the country’s civil war and its legacy. But they refuse to be cast solely as victims. Read more »

Healing and conflict resolution through religion

Football over fighting? The role of sport in peacebuilding

By Kevin McCann: The Ivory Coast football team has won its first trophy in 20 years. Its players have tried to contribute to unity off the field as well as on it. Read more »

War affects all: why peace is important to the people of Galilee

By Tori Curbelo: Tori Curbelo describes her experience volunteering in Israel-Palestine, where people continue to work for peace.Read more »

The rise of Boko Haram and the response of civil society

By Michael Olufemi Sodipo: What is behind the rise of Boko Haram and what can be done to end the violence? Read more »

By Daniel Ozoukou: A local peacebuilder’s perspective on the current situation in Mali, and what needs to happen for lasting peace in the country. Read more »

By Ruairi Nolan: What can a power struggle between two brothers in Mughal India tell us about religious conflicts in today’s world? Read more »

By Adan E. Suazo: Do the challenges of climate change create the need for novel methods of conflict resolution? Read more »