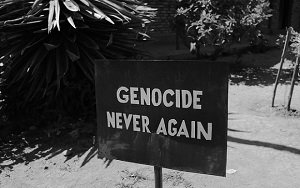 Intractable peacebuilding: innovation and perseverance in the Israeli-Palestinian context

These programs’ expansion is a testament that a significant number of Israelis and Palestinians continue to value meaningful opportunities for bilateral engagement and peaceful change – even if it means swimming against the tide.

The current state of peacebuilding programming and evidence

The current state of peacebuilding programming and evidence, from the International Initiative for Impact Evaluation, looks at which areas of peacebuilding are well served by evidence. The research finds that there is a pressing need for better evidence in security sector reform (SSR) and gender-based violence programmes.

Co-ownership and collaboration: insights into the measurement of impact and change from evidence-based community and state violence prevention partnerships

It is important for the multi-stakeholder partnerships to be consensus-based, process-oriented and involve a substantial investment from the outset to promote the construction and the maintenance of that partnership.

Co-ownership and Collaboration discusses processes for developing a monitoring and evaluation framework for crime and violence prevention programmes. The paper draws on three case studies of such projects in South Africa.

The greatest challenge is to bring together a workable initiative to bridge the gap between the international community, government institutions, large humanitarian organisations and Syrian NGOs.

Syria: engaging with local actors to increase humanitarian outreach, from Wilton Park, is a short report on the local Syrian organisations providing humanitarian aid in the country. The paper covers some of the key challenges that this work faces, and provides some recommendations as to how local organisations can be better supported.

Inclusive dialogue and explicit commitments to socioeconomic equality must be at the heart of societal changes across the North African region. While the world has already drawn many lessons from the Arab Spring, there is even more to be learned from these countries.

The latest edition of Conflict Trends from ACCORD focuses on the legacy of the Arab Spring. Including articles on the Tunisia's democratic transition, the future of the Western Sahara, and the role of the international community in Libya.

The fractured response of humanitarian aid in Syria

By Amber Webb: Amber Webb provides an overview of the situation in different countries for refugees fleeing the conflict in Syria. Read more »

By Subindra Bogati: The Nepal Peacebuilding Initiative calls for help to support the victims of the earthquake in Nepal. Read more »

Water, politics, and peace in Jordan

Out of the ashes, Afghanistan rises: the role of sport in conflict resolution and development

Gone but not forgotten: Oscar Romero, Rutilio Grande, and peacebuilding in El Salvador

Blueprint for revolution: why hobbits and humour work better than violence

By Katrina Kilkenny: Srdja Popovic recently spoke in London about how and why nonviolence works. Peace Direct attended the event, marking the release of his new book. Read more »

The Balkan arms trade: a growing threat, or growing peace?

By Balkan Diskurs: Despite the drawbacks, could weapons manufacturing contribute to peace and stability in the Balkans? Read more »

By Liam Stowell: Insight on Conflict talks to Michael Brown, an expert on natural resource conflicts and a Professor of Practice in Conflict Mediation. Read more »

By Insight on Conflict: A “youth-friendly” version of the Guiding Principles for Young People’s Participation in Peacebuilding, illustrated with paintings by refugee youth from Myanmar. Read more »

Schooling in the Sahel: promoting peace in education

By Oumarou Gado: Oumarou Gado, Insight on Conflict’s Local Correspondent in Niger, discusses how a new peacebuilding manual can train the next generation of peacebuilders. Read more »

Genocide in Rwanda: a commemoration

The Mamasapano clash and the clamour for peace