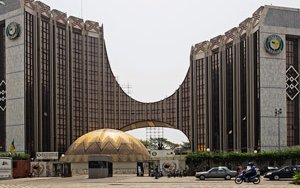 The importance of mediation as a peacebuilding tool in any society today cannot be overemphasised. Since gaining independence in the 1960s, Nigeria has played a major role in peace advocacy and conflict resolution and has sought to manage its inter-state relations under the framework of the Economic Community of West African States (ECOWAS) and other bilateral arrangements with its immediate neighbours.

Civil society is widely assumed to be an important actor for peacebuilding in Nigeria. It plays an important role in reducing violence and in facilitating the conditions necessary for building a sustainable peace in any society. In Nigeria, local facilitation by civil society groups is highly relevant during all phases of conflict and peacebuilding and is performed by community leaders such as traditional and religious leaders or by local NGOs and associations.

Some civil society organisations in Nigeria, such as WIPNET, have helped to harmonise and develop conflict prevention through peacebuilding. WIPNET provides a platform for women’s groups and associations working and living in conflict situations to form strong alliances aimed at ensuring women’s involvement in peacebuilding at all levels. Similarly, the Interfaith Mediation Centre aims to create a peaceful society through non-violent and strategic engagements in Nigeria and beyond. Another excellent local peacebuilding organisation is WANEP, whose credibility and commitment to peace and stability in West Africa has been recognised by ECOWAS. All of these organisations play a vital role in peacebuilding in Nigeria.

The role of Nigeria in the resolution of conflicts has been vigorous. The ECOWAS mechanism for conflict prevention, the Plan of Action for the Implementation of the Programme for Coordination and Assistance for Security and Development (PCASED, 2002), the Protocol Relating to Mutual Assistance of Defence (1981), and the Protocol on Democracy and Good Governance (2001) are all mechanisms for the resolution of both domestic and regional conflicts. Some of these protocols have led to the establishment of specialised institutions such as the Mediation and Security Council, Defence and Security Commission, ECOMOG, the Council of Elders, and the office of Political Affairs, Defence and Security (PADS).

In Nigeria today, peacebuilding has increasingly assumed a priority position in good governance policymaking. The need to mainstream peacebuilding in development has arisen owing to the realisation that conflict disorders in the country continue to jeopardise efforts to combat poverty. The dominant role in the mediation of the crises between Liberia and Sierra Leone, Burkina Faso and Mali, and Togo and Ghana are some of the clearest indications of this peace building role; the biggest effort to date is probably the case of the conflict between Nigeria and Cameroon over the Bakasi Peninsula. Here and elsewhere in West Africa, local peacebuilding initiatives are playing an increasingly important role in resolving conflict.

Halima Nuhu is a Barrister & Solicitor in Nigeria with particular interest in the field of Alternative Dispute Resolution as an increasingly popular option that allows parties to resolve their disputes outside of court in a cooperative manner.
Read more from Halima Nuhu 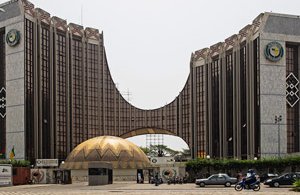