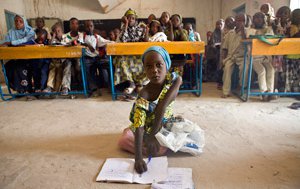 One such example can be found in the country of Niger. Though landlocked and poor, Niger has remarkably been able to escape the recent armed conflict that has occurred in three of its neighbouring countries: Mali, Libya, and Nigeria. But while Niger itself has remained relatively peaceful, it cannot escape the consequences of the conflicts of its neighbours. Refugees have been flooding over its borders; according to the UN, over 50,000 people from Mali and 100,000 from Nigeria are now seeking refuge in Niger.

As these refugees have arrived they have found little in the way of resources and aid, but a lot in the form of a willingness to help. Despite being one of the poorest people in the world – with Niger last in the UN’s human 2014 development index, Nigeriens have reached out to those fleeing conflict and shared what little they have.

This is particularly true in the Diffa region of the country, close to the Nigerian border. So far, the Nigerien government has not allowed refugee camps to be set up by aid agencies on its border with Nigeria “lest they become centers for militants." While this type of decision is not uncommon in the world of refugee policies, it has left thousands of refugees without shelter.

The local families have not been left alone to help those seeking refuge; the UNHCR and other organisations are supplying food, medication, sleeping mats, and other basic necessities. Though this aid is greatly needed and appreciated, without the help of the locals many of these refugees would have suffered and possibly died before it arrived. Even now, the aid is limited and many are still relying on the kindness and warmth of the Nigerien locals.

So little will not always make such a difference. In many situations, the stresses are simply too high. And in Niger, things may well change. But the fact that so little has made such a huge difference in the lives of thousands of people should not be ignored. 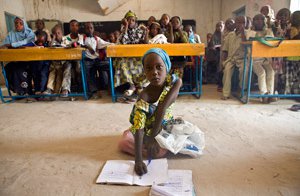