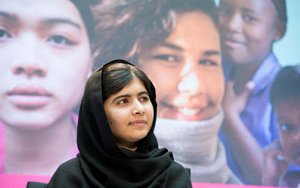 Successful prevention requires a deep contextual understanding, at the human, social, economic and political levels. Armed with this local awareness and the critical skills to train, advocate, mediate, or build coalitions, peacebuilders around the world are uniquely positioned to appreciate the underlying causes of tension and assess which tools or strategies will be most effective in fostering peace and preventing conflict from erupting.

Building peace is the new online publication from the Alliance for Peacebuilding. Issue 2, Preventing deadly conflict focuses on creative interventions designed to prevent violence. Articles include: an example of using sport in Nigeria, local prevention mechanisms in Kenya and an interview with UN Deputy Secretary-General Jan Eliasson.

We came back with empty hands: understanding the disarmament, demobilization and reintegration of children formerly associated with armed groups in the Democratic Republic of the Congo

Community members and former underage combatants spoke of the importance of building participatory and context-appropriate reintegration programs... at its best this process can be seen as an opportunity to help communities collectively heal and critically examine the ways they choose to rebuild.

We came back with empty hands [pdf] looks at community experiences and attitudes of DDR programming for former child soldiers in DR Congo. The research includes the use of a 'body mapping' methodology to empower the participants in the study to portray the impact of war.  The report is the result of collaboration between the Harvard Humanitarian Initiative, the Eastern Congo Initiative, and six local peacebuilding organisations working in eastern DR Congo.

Piecing together the jigsaw: prospects for improved social relations after the armed conflict in northern Mali

The conflict that began in January 2012 deeply affected Mali’s social fabric and turned the life of almost every Malian upside down. The populations surveyed for this report are unanimous that the consequences of this crisis are far greater than those of the past, and that what makes this conflict different is the breakdown of social relations.

Piecing together the jigsaw, from Oxfam and WILDAF Mali, asked Malians to talk about their experiences of the current conflict and what is needed for peace. The research highlights the damage the conflict has done to social cohesion and stresses the need for community-level reconciliation.

Many of the benefits that have been realised to date have been achieved with minimal investments, and little in the way of official donor support outside of emergency contexts. This clearly suggests that, across the board, the potential benefits of partnerships in response have not been maximised.

Missed opportunities looks at how partnerships between local and international organisations in humanitarian response can be strengthened. The study concludes that, despite the benefits these partnerships offer, they are not a central part in much international work and offers recommendations future investment.

Women’s participation in peace negotiations: connections between presence and influence

Given the low number of female participants informal peace talks, the difficulties women in civil society have experienced in trying to engage effectively in peace processes, and the patchy use of a gender perspective in the drafting of peace agreements, at a very minimum, the following five suggested measures should be established and achieved in the next five years. They are modest measures that ought to have been in place already, providing only more reason to avoid compromise or delay.

Despite the growing awareness that local voices are critical to violence prevention and peacebuilding in conflict-affected countries, there is very little understanding of or guidance on how to engage conflict-affected community in interventions to protect civilians from deliberate violence.

By Mirjana Kosic: Ethnic divisions in Bosnia and Herzegovina are greater than ever before. The Genesis Project, though, shows that reconciliation is not an impossible dream.Read more »

Burundi at crossroads: tensions are rising ahead of the 2015 elections

By John Coonrod: John Coonrod, Executive Vice President of The Hunger Project, makes the case for gender being an integral and fundamental component of Local First issues.Read more »

By Ruairi Nolan: Malala’s remarkable bravery reminds us that we should recognise the moral good of people standing up for peace, no matter the costs. Read more »

Could this year’s Nobel Peace Prize be a step towards eradicating chemical weapons?

By Derek Brown: Why this year’s Nobel Peace Prize a worthy and timely tribute, and one which will hopefully bolster efforts to eradicate chemical weapons. Read more »

20 years after the genocide, how are Rwandans rebuilding?

By Samantha Lakin: 2014 marks 20 years since the Rwandan genocide. What are Rwandans doing to promote peace and overcome the trauma of the events 20 years ago? Read more »

The Rwandan case: is it possible to truly compensate victims of genocide?

By Jean-Paul Mugiraneza: Why are the victims of the Rwandan genocide struggling to receive reparations, and is it even possible to fully reparate victims after such an atrocity? Read more »

Fighting a losing battle: The futility of the current ‘war on drugs’

Could offering an amnesty to Boko Haram stop violence in Nigeria?

By Atta Barkindo: The Nigerian government offered an amnesty to Boko Haram. The rebels rejected it and attacks are now increasing. But was the amnesty going to stop violence? Read more »