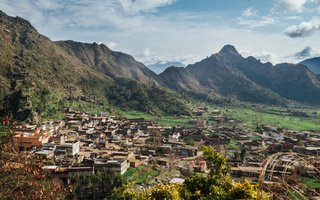 Pakistan made tremendous progress fighting terrorism over the past decade, partly after its major 2009 military operation “Rah-e-Rast” in the Swat valley. The number of reported acts of terrorism dropped from 2,347 in 2013 to 1,569 in 2015, and further to 267 in 2021.

However, the threat of terrorism has increased after the Taliban’s takeover of Afghanistan, with 365 terrorist incidents recorded in Pakistan in 2022. Though the increase in terrorism has multiple causes, Afghanistan’s state fragility and Pakistan’s unstable borderlands are notable factors.

Most attacks were claimed by the Tehrik-e-Taliban Pakistan (TTP), otherwise known as the Pakistan Taliban, including one major attack in Bannu that killed four police officers in December 2022. The TTP’s resurgence warrants analysis of Pakistan’s governmental response and the important role for peacebuilders.

TTP and the Pakistani government

The TTP was created in December 2007, as an umbrella group under the leadership of Baitullah Mehsud, with the support of 40 Taliban commanders from the former Federally Administered Tribal Areas (ex-FATA).

Its early stated goals were to fight against North Atlantic Treaty Organization (NATO) forces in Afghanistan. In Pakistan, it aimed to conduct a defensive Jihad against military actions in Pakistan’s tribal areas. Most crucially, the TTP has sought to replace the secular state with a regional Islamic State based on its radicalised Deobandi ideology.

the TTP in Afghanistan had markedly increased its presence, with more than 6,000 militants currently operating in the country.

Pakistan’s responses to the TTP’s terrorism have proven to be reactionary and varied. In 2007, a provincial government signed a peace deal with the father-in-law of Mullah Fazlullah, leader of the TTP’s faction in the restive Swat valley. It enabled the TTP to implement stricter Islamic law (Sharia) in the Malakand Division without state interference. The so-called peace deal lasted about two years, ending with the 2009 military operation.

Military responses resulted in the deaths of numerous militants, but many also fled into Afghanistan as a result. According to a United Nations report from 2020, the TTP in Afghanistan had markedly increased its presence, with more than 6,000 militants currently operating in the country.

In July 2021, as the Afghan Taliban were taking back control of the nation and moving towards Kabul, they released detainees from jails, including many TTP terrorists. Since then, the TTP has returned to prominence in Pakistan, as evidenced by increased attacks and acts of extortion in Peshawar.

Initially, Pakistan’s government controversially favoured a peaceful settlement with the terrorist group. Multiple explanations for this have been suggested, including the Pakistani government’s delicately supportive relationship with the Afghan Taliban. As the TTP still mainly operates from within Afghanistan, Pakistan has worked with the Afghan Taliban to initiate a dialogue with the TTP.

Yet the Afghan Taliban has often not benefitted Pakistan’s national interests. Anti-Pakistani sentiment runs deeply through the Taliban’s cadres – for example, Taliban officials removed the Pakistani flag from a humanitarian aid truck in 2021. Also, considering that the Afghan Taliban is facing crises including a steep economic downturn and humanitarian catastrophe, Pakistan has not been able to exert much pressure to neutralise TTP terrorists in Afghanistan.

Islamabad’s dialogue with TTP has been poorly received both inside and outside of Pakistan. Then-Prime Minister Imran Khan defended the government’s position, saying the TTP want to talk. Khan said in an interview that if TTP terrorists laid down their arms and became “normal citizens”, they may be forgiven for their transgressions. These remarks led to some serious backlash against Khan, who was previously labelled as “Taliban Khan” for supporting dialogue and a peaceful settlement with the Afghan Taliban. 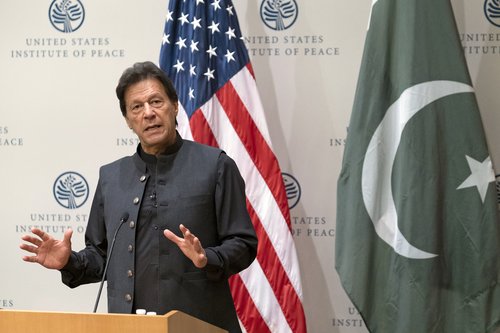 Despite the dialogue with the Pakistani government, the TTP have continued their attacks. Under the rule of the Afghan Taliban, the TTP have been emboldened in using Afghan territory as a springboard to spread terror throughout Pakistan with impunity.

On 28 November 2022, the TTP revoked a five-month truce with the Pakistani government – which the Afghan Taliban had mediated – leading to an increase in TTP terrorist attacks. The TTP blamed the government for not fulfilling the deal because it did not meet all its demands, notably the release of key TTP members.

The Afghan Taliban’s persistent reluctance to recognise the Durand Line as the international border has also increased tensions between Pakistan and Afghanistan, which the TTP have taken advantage of.

The Afghan Taliban are now less likely to take decisive action against the TTP. First, because of ongoing border conflicts; and second, Pakistan’s unpopularity in Afghanistan. Dialogues between Pakistan and the TTP are currently out of the question as direct confrontation continues in various parts of Pakistan, especially in the tribal areas.

Considering how quickly the TTP have been able to expand their reach in Khyber Pakhtunkhwa (KP), particularly the tribal regions, it is likely that it will continue to do so through local support.

While Pakistan’s Interior Minister Rana Sanaullah has hinted at Pakistan attacking the TTP inside Afghanistan, this is unlikely considering Pakistan’s current relationship with the Afghan Taliban.

Considering how quickly the TTP have been able to expand their reach in Khyber Pakhtunkhwa (KP), particularly the tribal regions, it is likely that it will continue to do so through local support. While military operations can address some symptoms – as was the case in Swat in 2009 – Pakistan needs to invest more in countering violent extremism to address the push and pull factors of radicalisation.

The role of the National Counter Terrorism Authority (NACTA) and local peacebuilding organisations is therefore crucial. The TTP support base must be reduced in the areas they are operating from or receiving support in Pakistan. Currently, many locals in those areas have ongoing grievances against the state, which benefit TTP’s anti-Pakistan narrative.

The situation provides both opportunities and challenges to peacebuilders. Many local peacebuilding organisations have suffered from increasing state restrictions and a lack of funding. However, they can continue to play a role in countering violent extremism (CVE) in ex-FATA and beyond.

A key related development is the merger of ex-FATA with KP and the historic 2019 provincial election, which included tribal areas for the first time. There is hence an opportunity in working with political parties and leadership in the region. The civil society organisations, such as Paiman and CAMP, that previously worked in ex-FATA and KP on peacebuilding have both provincial and federal level options.

At the federal level, peacebuilders need to strengthen collaboration with the NACTA now it focuses more heavily on outreach. However, the fragility of ex-FATA presents a challenge strongly linked to the situation in Afghanistan, as military actions continue in the region to counter TTP.

As such, local peacebuilders must work with relevant federal agencies to ensure that national action on CVE is expanded to also address local grievances in ex-FATA and beyond. Only then will support for the TTP deplete.

Dr. Zahid Shahab Ahmed is a Postdoctoral Fellow at Deakin University in Australia. He received his PhD from the University of New England (UNE) in Australia. He has an MA in Peace Education from the UN-mandated University for Peace in Costa Rica, and an MA in Sociology from the University of Agriculture Faisalabad in Pakistan. He has taught peace and conflict studies at universities in Australia and Pakistan. Since 2003, he has been working with local and international development agencies in South Asia, in particular in Pakistan, on various peacebuilding and development projects. He has published and presented papers on a wide range of issues, such as Islam, human rights, peace & conflict, regionalism, and regional security.
Read more from Dr. Zahid Shahab Ahmed

Dialogue and mediation Preventing violent extremism
Disclaimer: The views expressed in this article are those of the author and do not represent the views or position of Peace Direct.

More on Dialogue and mediation and Preventing violent extremism → 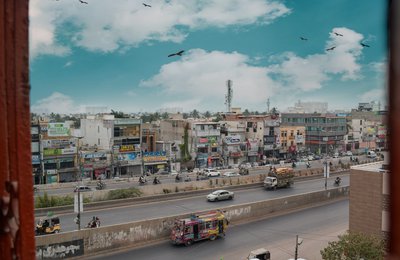