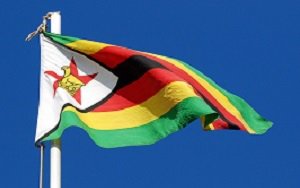 There is debate over where to start with peacebuilding when looking at Zimbabwe's history: pre-colonial, colonial or post-independence? Image credit: Harvey Barrison

You don’t need to think deeply or travel far to see that the people of Zimbabwe need a fresh start: a form of healing process. The economy is stagnant and the population is lethargic. Nobody in government seems to have any idea what to do to lift this well-educated, hospitable population out of its lethargy. The only decent jobs are offered by the government itself but now, even the government is retrenching. Clearly, the nation needs some kind of comprehensive social, political and economic healing process. However, many factors stand in the way. First, the country is broke, and recorded by the World Bank as the  second poorest on the continent. Second, the people themselves differ on who to heal, where to start in the history of the nation, the methods of healing, and who should lead this undertaking.

The sad thing is that these atrocities were largely committed by ordinary people
The roots of Zimbabwe’s problems lie in the contest for state power. For the last 34 years, the same government has managed to hold on to power. With some opposing it, violence has frequently broken out, and Zimbabweans have had no sustained period of peace since the 1960s, when the liberation war started.

The worst period was 2008, when Morgan Tsvangirai’s MDC party seemed to have won the presidential election. However, a re-run was ordered and events turned violent. Many died and thousands lost their jobs and livelihoods. The sad thing is that these atrocities were largely committed by ordinary people, neighbours, friends and relatives, in return for favours: money, a job, land, beer, and other things. In most cases there was no motivation except petty jealousies and the settling of old scores and grudges, which had nothing to do with politics.

Who should be involved - and how to heal?

There is no consensus among Zimbabweans on which periods to consider in the national healing exercise. Some would prefer that the programme consider only victims of the 2008 elections and the Gukurahundi massacres. Others say the programme should cover the entire period of the government's 34-year rule. Still others, especially in the government itself, say it should go as far back as the colonial regime.

Farmers who lost their land or jobs, or who were never paid for their grain; people who lost their life savings, or their pensions; refugees; and the relatives of those who have died from lack of medical attention or starved to death also have legitimate claims for compensation.

Then there is also the puzzle of the form that the national healing process should take. Many are not clear on what they want out of the process. While there are some cases that deserve monetary compensation, the general feeling among peacebuilders is that a more durable, sustainable option would be the healing of broken relationships, at the community level, rather than monetary compensation. This implies restoring everyday life that supports a sense of being and belonging to Zimbabwean society for ordinary people, as has been done in Rwanda and elsewhere with some measure of success.

The problem with monetary compensation

Zimbabweans are not new to monetary compensation. In 1997 a fund for war veterans was established, from which every war veteran received a the equivalent of $4,300. On November 14 1997, the currency fell by 71.5 per cent against the dollar and never recovered. The day has since become known as Black Friday.

There is no way money cannot feature in a huge programme such as national healing. However, in order for it to be fairly distributed and benefit a large number of people, it should be invested in community projects, and the people properly trained and supervised. This would serve the dual purpose of getting employment (whose benefits are bigger than money) and securing a sustainable income.

Who should lead the process?

Zimbabweans have a long history of living together
There are more than a hundred NGOs in Zimbabwe that are involved in peacebuilding alone, potentially more. However, it is more for the sake of employment and income than anything else. Most, if not all of them, were formed after the violence of the 2008 elections, when international donors poured money into peacebuilding efforts. This was without training, qualification or even a bit of literature on the field. However, there are some organisations – such as the Peace Building Network of Zimbabwe – that could go a long way to ensuring accountability.

PBNZ is for organisations that work solely on peacebuilding. Most of its members are trained in peace theory and practice, or are graduates of the four or five peace universities and institutions across the country. While as much involvement as possible from people and organisations in peacebuilding should be encouraged, there must be order, to avoid duplication and ensure progress can be properly evaluated.

We cannot hope to bring about peace by insulting the government and dabbling in politics. This is far from working for peace and, in fact, causes further conflict. Zimbabweans have a long history of living together, whatever the situation or conditions. Through the age-old African philosophy of unhu/ubuntu, most of the 14 million odd population of Zimbabwe are related through three main connectors: blood, totem and marriage. As I write this, and as you read it, victim and perpetrator are sharing a mug of beer, a seat on a bus or in church, laughing and sharing jokes. That is not peace. But we can begin from there.