With the optimism of the Arab Spring long since replaced by the anxiety over the escalating violence in Syria, Yemen, and Libya, a vision for democracy in the Middle East has been difficult to conjure. The announcement on 13 June of a new cabinet in Lebanon under Prime Minister designate Najib Mikati and the re-election the day before of Turkey’s ruling Justice and Development party under Tayyip Erdogan offer two encouraging examples of both the promise and challenges of transitioning democracies in the region. 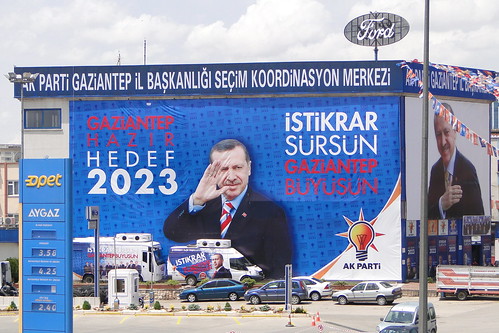 The formation of Lebanon’s new cabinet showcases the intense difficulties of governing in deeply divided societies. Since the withdrawal of a Hezbollah led coalition last January triggered the collapse of a unity government (comprised of all of Lebanon’s diverse factions), Najib Mikati has struggled to form a new government out of a majority of Lebanon’s many fractious political parties. Mikati, a well respected Sunni telecom billionaire who briefly served as a caretaker Prime Minister in 2005, finally cobbled together a patchwork of political deals resulting in the proposed cabinet, whose composition was still evolving on the day of the announcement.

The divergent interests of Lebanon’s many political parties, coupled with substantial competing foreign influences, delayed the formation of Lebanon’s government, just as it destabilized the prior unity government. These conditions are likely to confront most of the aspiring democracies in the region. In Lebanon solving this challenge required creating a sufficiently diverse coalition. The new cabinet will be comprised of political figures drawn from all of the country’s diverse communities, including Christian, Sunni, Shia and Druze political parties, though it will not include representatives from the opposition March 14 Alliance.

For some internal and external critics, Lebanon’s new government signals the advance of Iranian influence in the region. For others, the five months of backroom negotiations and the resulting government paralysis is simply a testament of the need to reform the country’s dysfunctional political structures and culture. Internal criticisms aside, a more important lesson for the region may be that parties who a mere few months ago were on the brink of open conflict instead pursued a democratic procedure, albeit a frustrating slow one, in transferring power.

Unlike Lebanon, Turkey has enjoyed a dominant ruling party, the Islamist Justice and Development Party (“AKP”), since 2002. Turkey’s recent political history has avoided the open conflict of Lebanon’s past, and Syria, Libya and Yemen’s present. However Turkey confronts similar challenges to its regional neighbors, needing to govern amidst deep divisions and distrust between Islamist parties, the military, secular parties, and a restive ethnic minority.

Prime Minister Erdogan’s unprecedented victory on Sunday saw the AKP receive just under 50% of the vote, the highest percentage it has ever received. Yet the size of the victory tells two stories, both confidence in a party that has governed during a period of extraordinary economic growth (Turkey’s economy grew 8.9% in 2010, the highest rate in Europe), as well as concern that Erdogan and the AKP may harbour authoritarian tendencies. In 2008 the Turkish government began arresting hundreds of military figures, then journalists and others, accusing them of involvement in an anti-government conspiracy. Initially greeted with support (the country has a long history of military rule and abuses), there is now widespread scepticism of the government’s actions, as multiple questions have arisen regarding the purported evidence for the alleged offences. The present fear influencing the most recent election was that if Erdogan and the Islamists were to receive a two-thirds majority in Parliament, this would allow them to redraft Turkey’s constitution without accommodating minority views.

Accommodating minority perspectives in drafting a new constitution will now be imperative, given the AKP’s failure to win a supra-majority

Accommodating minority perspectives in drafting a new constitution will now be imperative, given the AKP’s failure to win a supra-majority. It would be a good idea regardless, not only for Turkey, but also for other countries like Tunisia and Egypt, who are about to embark on the same task. In victory, Prime Minister Erdogan has sounded very much the democrat, citing the need 'to build the new constitution through consensus and negotiation' and pledged to embrace 'all parties'. This conciliatory spirit was echoed by his Lebanese counterpart the next day, when Prime Minister elect Mikati spoke of the need to be the government for 'all Lebanon'.

The challenge for Turkey and Lebanon, and for the Middle East as a whole, will be how to pursue political reform through negotiation and consensus, given the lack of trust, divergent interests and historical hostilities between ethnic, religious and political factions. Where consensus isn’t possible, and legal and political structures do not yet exist to protect minority rights, leadership that both recognises and validates the importance of minority concerns will be a bare minimum for political reform.

It remains to be seen whether Turkey’s Erdogan and Lebanon’s Mikati can fulfill this essential role, and serve as models for a new generation of political leadership which is sorely needed in the region.

Derek Brown is the Executive Director of the Peace Appeal Foundation.

Derek Brown is Executive Director of the Peace Appeal Foundation, which has supported dialogue and negotiations processes in Lebanon, Nepal and Sri Lanka. He recently returned from Lebanon, where the Peace Appeal works with Lebanon's Common Space Initiative for Shared Knowledge and Consensus Building, which provides support to national dialogue initiatives in Lebanon, and the region.
Read more from Derek Brown 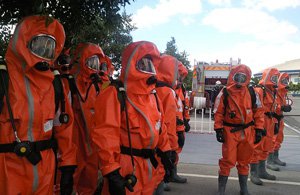