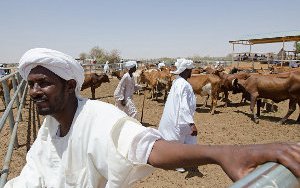 A common perception amongst aid donors is that channelling aid through local rather than international actors is inherently more risky. But a new report from the Overseas Development Institute – Localising aid: is it worth the risk? – challenges this assumption and suggests a new way of considering and managing risk in development projects. The report finds that localising aid may actually be less risky than not doing so.

These findings may appear surprising at first. Many local organisations struggle to implement the financial controls and reporting mechanisms commonly used to mitigate risk. More surprising still is these findings are based on research into a country many would consider high-risk: Afghanistan.

Alastair McKechnie, ODI researcher and former Country Director for Afghanistan for the World Bank, and Fiona Davies, an economist who specialises in post-conflict environments, draw on risk analysis techniques to conduct their analysis in the report.

To understand their findings, an overview of some risk concepts is useful.

Risk is most often defined as the potential or likelihood for an adverse event or outcome to take place. There is rarely a situation that doesn't carry some measure of risk. Common risk management methodology broadly involves identifying what could go wrong and the factors that can trigger these events or outcomes, an assessment of the likelihood of these outcomes occurring and the potential impact that these would have on an organisation. The level of risk an organisation (or project, or government) is willing to live with is known as its 'risk appetite'.

The report finds that donors tend to assess risk primarily in terms of what is called fiduciary risk: was all the money measurably spent on its intended purpose? In other words, their appetite for fiduciary risk is low. Different kinds of risks – the long-term economic and political implications of a project ('contextual risk') or even the risk of the project failing ('programmatic risk') tend to get less consideration.

This low appetite for fiduciary risk is understandable. Development agencies are being called on to demonstrate greater accountability for the ways they spend public money, particularly as national budgets are being cut and public support is directed more towards domestic concerns and less to foreign aid. People want to know where and how their taxes and donations are being spent and that there is a clear audit trail. The negative impact of stories emerging of mismanagement, aid funds being diverted for other uses and corruption can be significant. And the impact of a development project failing to achieve its objectives may be less tangible.

Risk management involves assessing the likelihood of the adverse event or outcome against the impact of that event or outcome and developing appropriate controls to minimise these. If the likelihood of mismanagement of aid on a development project is assessed as inherently high and potentially even more so when localised aid methods are used, donor strategy for managing and reducing this risk may be to rely more heavily on external consultants and experts as opposed to local institutions and civil society as there is a perception that risks can be better managed when non-localised aid methods are used.

A more balanced assessment of risk and the development of adequate controls can positively impact the development of local institutions and civil society, according to new ODI research. Photo credit: Flickr / John Zada / Afghanistan Matters

ODI’s research suggests, however, that localising aid may not be any more risky than other methods and may even prove to be less so – if the full spectrum of risk is taken into account.

The report finds that localising aid in Afghanistan carried a slightly higher fiduciary risk but the contextual and programmatic risks were considerably lower. It concludes that the “risks of localising aid were not greater, and probably smaller than not doing so, despite the fact that Afghanistan scores close to the bottom of most international assessments of institutional capacity and accountability”.

This is an encouraging finding for those of us who are of the view that channelling aid through local institutions and governments can strengthen local governance mechanisms and build capacity, with the ultimate aim of reducing aid dependency.

The potential benefits, and ways of mitigating the risks, of localising aid are something I had the opportunity to witness first-hand. Earlier this year, I worked with a local women’s development organisation in Sierra Leone to review their financial controls. This NGO provides a range of services to the community through local programme staff familiar with the particular challenges facing their society and deeply aware of the context in which they are operating. In response to the requirements of international partners, the organisation began to recognise a need to invest in better financial management controls. This led them to reach out to a UK-based charity that places volunteer finance professionals with local organisations to help build capacity and to develop their own systems. The project will leave the NGO not only better able to manage its finances, but also a less risky proposition for future funds.

There will always be multiple trade-offs that should be considered when assessing the risk profile of a development project. But this research suggests that simply deeming localised aid as inherently more risky would seem to be an oversimplification.

Jael Billy is a Fellow of The Association of Chartered Certified Accountants, with nine years’ experience in external and internal audit in the Financial Services industry.
Read more from Jael Billy
Disclaimer: The views expressed in this article are those of the author and do not represent the views or position of Peace Direct. 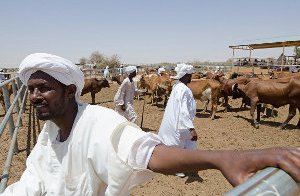