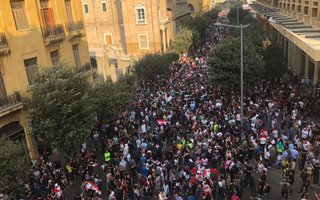 In this article, local peacebuilding expert in Lebanon, Sawssan Abou-Zahr reflects on the impact of COVID-19 for peacebuilders, along with the opportunities brought about by a pandemic.

The end of 2019 in Lebanon was met with renewed hope and a revolutionary euphoria. Whether part of a second wave of the Arab Spring or a continuation of the previous uprisings in 2005 and 2015, Lebanon’s “October Revolution” – which saw a national uprising protesting sectarian rule, widespread corruption and economic turmoil – is being seen as a moment of national glory. It has survived abuses and harsh crackdowns from security forces, and is currently being sustained despite an ongoing pandemic.

Unfortunately, the COVID-19 pandemic is seen by people in Lebanon as a crisis within a crisis. During the partial lockdown, people were quarantined while their livelihoods were threatened and the local currency collapsed – losing over 80% of its value. During the lockdown, many at-risk Lebanese have lost their jobs. People in the informal sector, including refugees and underprivileged women, are now forced to stay at home without compensation. All over the country, people stood sadly next to their empty fridges. They have no food nor electricity. Pictures of elderly and children searching trash bins for food have been shared on social media. The economic effects are expected to last long after the pandemic, forcing more Lebanese over the poverty line.

Unfortunately, the COVID-19 pandemic is seen by people in Lebanon as a crisis within a crisis

Many took to the streets again. You could hear them shouting: "We cannot afford the luxury of face masks and sanitizers. We barely have anything to eat. Hunger will kill us long before COVID-19." On 27 April, a 26-year-old protestor, Fawwaz Fouad Samman, was killed by the Lebanese Armed Forces during a hunger protest in Tripoli – a move that has been condemned by human rights organisations who have accused security forces of using excessive force and committing abuses.

"We cannot afford the luxury of face masks and sanitizers. We barely have anything to eat. Hunger will kill us long before COVID-19."

As Lebanon continues to reel from the pandemic and ongoing economic and political crises, the needs for peacebuilding initiatives is now more important than ever.

The lockdown has seen increases in incidents of theft, murder and suicide. Riots have erupted in prisons, and the rise of domestic violence is alarming. These worrying signs of conflict and social tensions are new challenges that peacebuilders face in their work. They have to put everything they had been advocating for on hold: transitional justice and national reconciliation; uncovering the fate of the disappeared of the civil war; and building a culture of peace focused on human rights. Now, these just causes seem irrelevant and elitist to an angry crowd facing economic collapse.

However, this presents an opportunity for peacebuilders to redesign their efforts and realign their work in response to emerging priorities.

For example, the current crisis provides an opportunity to combine the concepts of volunteering, social solidarity, community service and peacebuilding. The reaction from young people to the crisis is the perfect embodiment of this. They helped those quarantining at home, fundraised for health workers and showered patients with love to overcome social stigmas associated with the virus.

the current crisis provides an opportunity to combine the concepts of volunteering, social solidarity, community service and peacebuilding

In the same way, women's causes should not be confined to the work of human rights defenders. Women, especially in poor rural areas and communities hosting refugees, practice peacebuilding - unaware of the 'fancy' name behind their work to ease hostilities in the household. They are among the most vulnerable to layoffs, and lack legal protection on many levels. 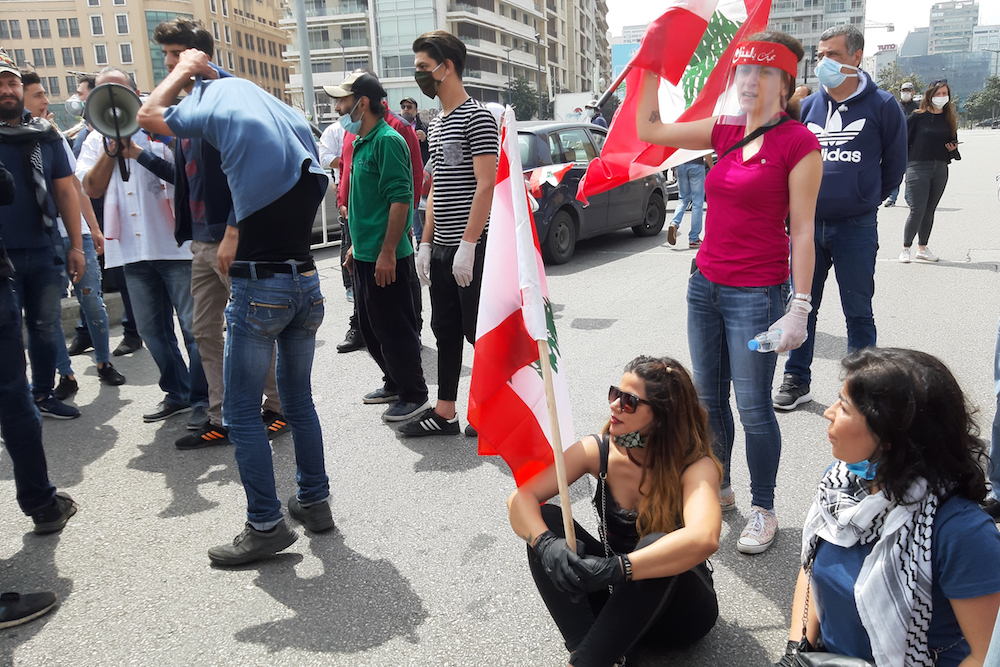 Redefining peacebuilding in the new normal

Financial resources are increasingly scarce as a result of the growing banking restrictions and the mode de vie post-lockdown (for instance the inability to organise gatherings such as workshops and seminars), thus minimising the means of peacebuilders to cover their basic operational expenses (especially rent and salaries). I know of at least one organisation that has vacated their premises because they were unable to pay their rent. Another relocated outside Beirut to minimise the costs. A third organisation decided to work from home for good.

This is an additional obstacle, when you lose your physical working space and rely solely on online interaction with your targeted audience. It is challenging on many levels, notably around online access. Participants in peacebuilding projects, including refugees, suffer from high cost of speedy internet and severe electricity cuts.

In fact, I experienced a poor connection while interviewing Samir* over WhatsApp. Samir does not see himself as a refugee but someone who left Syria for security reasons. He faces threats in Lebanon because he does peacebuilding work with the refugee communities here, as well as transitional justice work within Syria. He tells me: "The coronavirus halted everything. We had to stop activities on the ground. We felt vulnerable ourselves and more at risk because some online platforms don't support cyber safety."

"The coronavirus halted everything. We had to stop activities on the ground. We felt vulnerable ourselves and more at risk because some online platforms don't support cyber safety."

Samir added that donor fatigue and shifting priorities have become major setbacks as international partners, mainly in Germany and the UK, are focusing on the emerging needs in their countries. Samir anticipates that many of their grants might shift towards humanitarian relief, health and education rather than peacebuilding. He reveals that he was unable to pay his co-workers' salaries and the full amount of rent.

Additional crackdowns on agents of change, i.e. civil society activists, human rights defenders, peacebuilders, and independent media outlets, are being conducted under the pretext of security measures related to the shutdown, aiming to silence criticism of the corrupt political and financial establishment. More difficulties are expected for Syrian and Palestinian activists in refugee communities. "We are outsiders working for peace in a dangerous environment. Any one of us could be arrested," Samir said. He added that all opponents to Assad's regime in Syria are at risk of increased vulnerability in Lebanon.

Some activists are already facing pressure, mainly through restrictions on mobility, work permits and accommodation. Palestinian expats residing in Lebanon were denied the right to return whereas Syrians might be subject to forced repatriation. Samir admits that some refugees couldn't endure the harsh conditions anymore: "They went back home despite the risks. If death and hunger are their ultimate fate, they prefer to face them in Syria". Others have caught COVID-19, and some perhaps died of it alone and silently, fearing racism and the social stigma or getting arrested if they were to seek medical assistance.

Although he expects a tighter security grip on refugees in Lebanon, Samir has tried to remain positive throughout the interview. He counts on the sense of human solidarity that the pandemic generated, as well as the tolerance towards Syrians and Palestinians that the October Revolution sparked. In his words, "we all have a joint fight to preserve freedom of speech and the survival of the peacebuilding and human rights community against the growing oppression". Yes , we do!