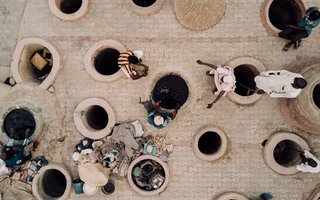 What happened to the promise of peacebuilding and how we can restore it?

Peacebuilding around the world is in trouble. It’s been just over a quarter century since UN Secretary-General Boutros Boutros-Ghali published his landmark 1992 book, An Agenda for Peace, which outlined a set of bold ideas for making the world a more peaceful place. His recipe for a better future included four tools: preventive diplomacy, which would provide an early warning system for impending conflicts; peacekeeping, to separate warring parties and relieve human suffering; a commitment to peacemaking, to negotiate settlements that bring an end to violent conflicts; and finally, peacebuilding, or, “actions to support and identify structures which tend to strengthen and solidify peace so as to avoid a relapse into conflict.”

An Agenda for Peace was published at a time of monumental changes in world politics. The end of the Cold War opened up the tantalizing possibility that a massive “peace dividend” could fund a new global architecture for global peace and prosperity. New trends such as economic and cultural globalization, the elimination of borders, and creation of a common currency among twelve European nations were leading to a more cosmopolitan view of citizenship and greater interdependencies among some nations. The rise of global social movements in support of universal human rights and gender equality had created a new set of cross-national norms and agreements among nations. Finally, the 1991 Persian Gulf War, despite its horrors, solidified a sense among some nations that, in the words of US President George H. Bush, a “new world order” had come to pass whereby the global community of nations could collectively work toward the “peaceful settlement of disputes, solidarity against aggression, reduced and controlled arsenals and just treatment of all peoples.”

The end of the Cold War opened up the tantalizing possibility that a massive “peace dividend” could fund a new global architecture for global peace and prosperity.

The Demise of Post-Cold War Optimism

Today, I look back at the early 1990s with nostalgia. It was a time when peacebuilders like me believed that a new set of international norms regarding human rights, cosmopolitanism, and the responsibility to protect could, in a matter of years, transform the international peace and security architecture and pave the way for more proactive approaches to international intervention in times of war and suffering.

Now, twenty-five years out, it appears that the global peacebuilding project is under assault, if not outright retreat. Funding for peacebuilding is being reevaluated as interest in containing extremist networks and defeating the “bad guys” gains favor. Civil society groups in Europe, for instance, have recently raised the alarm that the European Union is quietly replacing long-term peacebuilding priorities with short-term crisis management and security-enhancing programing, in short, to use peacebuilding funds to support security services.

Now, twenty-five years out, it appears that the global peacebuilding project is under assault, if not outright retreat.

In the United States, the Trump administration appears to have little interest in maintaining or improving the global peacebuilding infrastructure. Shortly after his election, according to the Washington Post, President Trump threatened to cut the U.S. contribution to the United Nations by 40 percent, the State Department’s budget from $53 billion to $39 billion, and the budget of the United States Agency for International Development by 33 percent. Congress seems to agree. An early 2018 budget deal to keep the government from shutting down resulted in an $8.8 billion shortfall for State Department and USAID operations for 2018.

Peacebuilders themselves have also rightly pointed out their own shortcomings. In a letter to the peacebuilding community not long ago titled Just Wasting our Time?, well-known peace workers Simon Fisher and Lada Zimina argued that the global peacebuilding architecture is often impotent and beholden to the agenda of states and powerful funders. As a result, they argue, peacebuilders often shy away from creating transformative changes and fail to address the needs of local populations or challenge the deeper socio-structural roots of conflict.

The retreat of peacebuilding is the result of three forces. First, liberal institutionalism as an organizing principle for global development and political order—and central to Boutros-Ghali’s vision of a more robust international peace and security architecture—never fulfilled its promise.  It is correctly assaulted from the left by critics that contend that a global liberal order is often a thin disguise for continued hegemonic dominance of global economic and political systems by international elites and western powers. It has also been assaulted by a growing tide of nationalist voices on the right who argue that the liberal international order, with an emphasis on free and open markets in an increasingly globalized world, has eroded national sovereignty and concentrated power in the hands of international elites who are far removed from the interests of ordinary people.

Second, peacebuilding successes have been few and far between. Since the end of the Cold War, intrastate wars have vacillated in number between the low 30s and the low 50s, with some of the most violent conflicts occurring in the past ten years, such as wars in Syria, Iraq, South Sudan, and Afghanistan. Many of these armed conflicts are not new but are recurrences of previous conflicts that were not sustainably settled. The Uppsala Conflict Data Program calculates that of the 259 armed conflicts since 1946, 159 have recurred while 100 are new. We have, as some call it, a durability of peace problem.

Third, the peace dividend that the world hoped for in the early 1990s never materialized.  The major powers, in particular the United States, continued to focus on coercive means to manage conflict. In 2018, Congress approved a $700 billion Defense Department budget while eyeing reductions in spending for domestic social welfare and State Department programs ranging from public diplomacy to conflict management and mitigation.

The roadblocks facing peacebuilders in 2018 are considerable, but not insurmountable. Here are some strategies we might adopt to address new global realities and past failures:

Over the past decade, peacebuilding researchers and practitioners have increasingly pushed for the development of local ownership in peacebuilding practice to make programing relevant, sustainable, and more equitable. Champions of this approach at organizations such as the Berghof Foundation, Swisspeace, and Search for Common Ground often cite considerable research showing how top-down interventions fail when they don’t incorporate local needs, beliefs, and practices into peacebuilding design.

The good news is that a new generation of peacebuilders takes seriously the notion that a seismic shift needs to occur in the way that international development agencies conceptualize their work. This includes not just local ownership in program design, but also local ownership across all aspects of monitoring and evaluation. Such a shift is bound to make international donors nervous about losing control over the peace and development agenda and that assessing impacts will become increasingly subjective. Some fascinating new work, however, suggests otherwise.  A recent piece by McGill, O’Kane, and Giertsen in the journal Conflict, Violence and Peace, documents ways how children became credible participant-evaluators in several peacebuilding programs in Nepal, Columbia, and DR Congo. More case studies that lay out specific how-to’s of participatory design, monitoring, and evaluation are badly needed.

Successful peacebuilding rarely occurs because underlying grievances between warring parties are eliminated; rather, it occurs because parties to the conflict choose, for many reasons, to continue their struggle through less-violent means. Achieving peace, in other words, requires action to promote constructive, non-violent conflicts, not just peaceful exchange.

This would seek to institutionalize political arrangements and processes that guarantee a rights-based approach to political participation, such as the protection of minority status, inclusion in political processes, and fair treatment before the law. Political and social systems must also accept and promote the nonviolent expression of political interests such as nonviolent social movements, work stoppages, unionization, and boycotts. It would require regular contact between various factions to identify and address underlying stereotypes and biases, build trust, and provide a platform for constructive conflict management choices to deconstruct the stereotypes, conflict narratives, and discriminatory beliefs that predispose groups to hostility.

The revival of peacebuilding also requires that we improve our capacity to systematically evaluate our impact. Since intense investment in peacebuilding began in the early 1990s, critics have noted the lack of data on peacebuilding expenditures or impacts. A recent report published by the International Institute of Peace concluded:

With state and multilateral funding for peacebuilding diminishing, it is imperative that practitioners learn to credibly apply evidence-based knowledge as they design, monitor, and evaluate peacebuilding programing. This commitment should include the most cost-effective timing and sequencing of different kinds of peacebuilding activities, the most productive agents of change to target, and the programing that most often results in sustainable, locally supported activities.

The revival of peacebuilding also requires that we improve our capacity to systematically evaluate our impact.

The populism of our era is a strange mixture of anti-elitism and exclusionism. It draws both from the left’s contention that those less-well-off are being left behind because of globalization and international trade deals, and the right’s contention that the enemy is not only elites but also “the other”: immigrants, refugees, or other groups displaced by violence, environmental change, and poverty. Populism is bad for peacebuilding because it discourages concern for others beyond one’s own identity group.

Peacebuilders, then, must not only focus inward to address the immediate needs of the populations they are serving, but also outward to transform the opinions and beliefs of those who consent to their tax dollars being used to support people they’ve never met embroiled in conflicts they do not understand.

Bruce Dayton Dr. Bruce W. Dayton is Executive Director of the CONTACT peacebuilding program at the School for International Training in Vermont, and has been active in conflict transformation, crisis management, and leadership training for more than 20 years as a practitioner, researcher, and educator.
Read more from Bruce Dayton

Culture, media and advocacy Governance
Disclaimer: The views expressed in this article are those of the author and do not represent the views or position of Peace Direct.

More on Culture, media and advocacy and Governance →