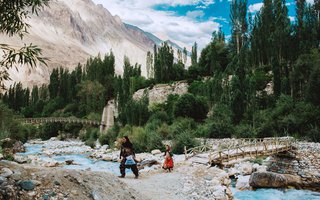 A rise in violence in Kashmir

On July 28, 2018, Naseer Ahmad Rather, a constable of the Central Reserve Police Force (CRPF) from Pulwama, South Kashmir was killed by local militants when he was visiting his home. On July 21, 2018 Constable Saleem Ahmed Shah of JKP was abducted when on leave in his hometown in Kulgam, South Kashmir, and killed brutally. On July 6, Constable Javaid Ahmad Dar of JKP was abducted, tortured and killed. His body was found by locals early the next morning.

These are just a few of the many brutal acts of violence and abduction that have taken place over recent months in Kashmir. There have been several further ambushes on police and paramilitary forces, rifle snatching incidents, injuring of police personnel and lynching since 2016 in the Kashmir Valley. Earlier this month on September 21, International Day of Peace, three Special Police Officers (SPO) were abducted and killed in Shopian. These acts were denounced on social media by several groups, but those who justified the killing still outnumbered those who condemned it.

There is a growing acceptance and justification of these killings in the public psyche. A media report by Rayan Naqash published on the Indian News outlet Scroll confirms this trend. “Constable Saleem Shah’s funeral had a smaller attendance than those of three militants believed to have killed him” the report says. Their funeral, unlike Saleem’s, was attended by thousands of people. Funerals of well-known militants have had to be held repeatedly, some more than ten times, as people kept pouring in from far and wide. The graves of the militants have become shrines in villages. “They are our shaheeds (martyrs). They have shed their blood on the path of Allah for the cause of Islam. They have sacrificed their lives. They are our heroes”, says a local villager in Shopian. Standing beside the graveyard of one such shaheed in the village in Heff, the villager mourns the death of a militant and asks in a choked voice, "where will you find another like him?"

There is a growing acceptance and justification of killings in the public psyche... “constable Saleem Shah’s funeral had a smaller attendance than those of three militants believed to have killed him.”

A few kilometers away is Sameer Tiger’s grave. Sameer, was a militant from Hizbul Mujahidin, a Kashmiri separatist militant organisation active in South Kashmir. More than 15 funerals were organised for him and stories of his ‘heroic deeds’ are local narratives now. His grave is like a shrine with people visiting it, laying flowers on it and kissing it.

A growing feeling in Kashmir is that as well as the acts of worship being carried out by the graveyards of militants, speeches given by other militants at funerals and at local mosques can have the effect of rousing support from young people. There is a growing religiosity and seeking refuge or solution through religious scriptures among young people.

Further, the heavy handedness of security forces in response to violence can feel like an assault on young people's dignity and freedom. This can result in humiliation being bottled up, and can drive young people to employ alternate means of resolving conflicts or seeking ‘justice’. When a preacher invokes ‘humiliation’, ‘enslavement’ and calls for ‘azadi’ (freedom) from government forces, it kindles a deep emotional connection for young people and leverages support among them, and for militants.

“We have failed to construct a counter narrative to the one that justifies jihad, violent acts and the idea of martyrdom”, says a senior police officer in South Kashmir.  “Our main concern is recruitment”, he adds. It is difficult to understand why a qualified graduate who successfully passed his exams, and was preparing to join the Kashmir Civil Service one day suddenly disappears. He was killed two days later, having joined Al Badar, a militant organisation. “He fought against the forces he had taken exams to join “, said a police officer. There are several such cases of young people with PhDs or professionally qualified degrees taking up arms and joining militant groups.

“We have failed to construct a counter narrative to the one that justifies jihad, violent acts and the idea of martyrdom”, says a senior police officer in South Kashmir.  “Our main concern is recruitment”.

A balancing of narratives in Kashmir

The two contrasting worlds of jihad and government forces co-exist in Kashmir. In between lies a spectrum of other narratives; some silent and some supporting militants, security forces, politicians or sects. Perhaps the answer lies in the space between the two ends. Hilal, Reyan, Danish and Basit, a group of young boys sharing their personal stories in North Kashmir said, “we have never seen peace. We have only heard the sound of bullets, armoured vehicles and pellet guns. We feel that we are specifically being targeted because we are Muslims." He goes on to add, "we have to win the respect of our parents, teachers, and society, and focus on our studies too”. A social activist who didn’t want to be named said, “if we want to save Kashmir, we need to reach out to these young people. They are being pushed to the wall. If we don’t, I promise we are sitting on a tinder box, a volcano. Kashmir will explode soon enough”.

“We have never seen peace. We have only heard the sound of bullets, armoured vehicles and pellet guns. We feel that we are specifically being targeted because we are Muslims”.

The potential of young people to build change

In spite of the potential for young people to be drawn into violence and militant organisations, the actions and resolve of young people are often the key to a future full of hope and peace. The following are a sample of initiatives being employed by young people in Kashmir to resolve conflict and create solutions to respond pacifically to violence.

It can be dangerous to create spaces of self-expression, says Hashir from Unity for Kashmir, a group started by teenage boys in South Kashmir. Unity for Kashmir is a group of young people in their twenties who wish to navigate the opposing and confronting narratives in the region to carve their own story of unity amongst different sects and end violence in Kashmir. They organise local talent shows and art workshops for young people to express themselves differently. Hashir adds, “young people have to navigate forces pulling them in opposite directions. We have to stay in the good books of both sides which isn’t easy as a very thin line divides these binaries”.

Kashmir Unity is a group of young people wishing to navigate the opposing and confronting narratives in the region to carve their own story of unity amongst different sects and end violence in Kashmir.

For Salim*, a young man from South Kashmir, “sports and music are both ways for opening alternate spaces for expression, and for channelling aggression. However we still struggle to perform or pursue our dreams. Society reacts negatively to us and the government is not supportive”. When asked why he said that people feel angry, he responded that they feel their activities are not part of Kashmiri culture. He continued, saying “the government has warned us not to play, in case we become targets. Once, when we tried to perform a mob came to burn down the venue”.

Salim shared his passion for music, yet admits he feels “so frustrated that while there are so many young people who come to me and want to learn guitar, we have no voice, yet those who pick up guns are being hailed by society”. The group of artists meet under cover but at times go and perform in the capital city of Srinagar. “It gives us anonymity”, said Salim.

Abid Salam from North Kashmir is critical of preachers who use grounds of religious orthodoxy or fatwa to censor or cover stories that do not suit the master ‘narrative’. Salam is a freelance filmmaker. He works for several national and international agencies depicting alternate stories of Kashmir. Currently he is under security protection as he has often been threatened.

For all the young people using their creativity to create alternate forms of expression and to challenge the existing narratives in Kashmir, they confirm they will continue to do what they love, believing that this is the only way to end cycles of violence and build peace in Kashmir.

Children and youth Human rights
Disclaimer: The views expressed in this article are those of the author and do not represent the views or position of Peace Direct.

More on Children and youth and Human rights →