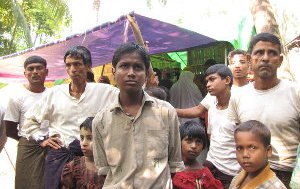 Myanmar's (also known as Burma) Rohingya population is one of the most vulnerable ethnic groups in the world today. They have been stripped of their nationality and subjected to extrajudicial killings, arbitrary arrest, and other abuses. Desperately seeking refuge and security many have fled their homes, moving to other parts of Myanmar, or leaving the country. Bangladesh, Thailand, India, Pakistan, Saudi Arabia, Malaysia and China have been preferred destinations of this community in flight, but for the vast majority, their suffering has not ended upon leaving Myanmar.

The widespread persecution in their native Myanmar stems primarily from the 1982 Citizenship Law. This law defined a concept of Burmese nationhood based on being Burmese and Buddhist, and in turn justified the discrimination and persecution of the Rohingyas base.

The ‘legality’ of anti-Rohingya violence

Burma has a rich ethnic minority population which account for roughly 30% of the total Burmese population. The Rohingya Muslims are predominantly concentrated Rakhine State, in western Myanmar. There are no official figures, but it is estimated there are around 1.4 million Rohingya in Rakhine - approximately half the state’s total population - of which 800,000 reside in the three townships, making up 80% of the cities' total population.

The Rohyngas in Rakhine define themselves as an indigenous Burmese ethnic group descended from Arab merchants which settled from the 8th century in Southern Eastern Asian Colonies. Until 1784 Rakhine (formerly known as Arakan) was part of an independent kingdom whose boundary included a southern portion of today’s Bangladesh. Arakan territory divided Islamic and Buddhist Asia. This is reflected by Rohingya language which is a mixture of Bengali, Persian, Arabic and Arakanese.

In 1962, a Coup established a military government in Myanmar. Since then, ethnic cleansing and human deportation against Rohingya has taken place. In 1982, the Citizenship Law made impossible for Rohingyas to be recognized as Burmese citizens. Decreeing stateless status for the Rohingya ethnic group, the Citizens Law forms the legal basis for the continuing arbitrary violence against the Rohingya community. From 1990 Rakhine was militarised and oppressive tactics against Rohingya intensified. Since then the state of affairs did not improved.

In June 2012, an outbreak large-scale violence against the Rohingya caused thousands of deaths and forced displacement of over 100,000 people  throughout Rakhine State. Rohingya have been largely segregated in order to create ‘Muslim-free’ areas. At the end of 2012 UN estimates a further 13,000 displaced Rohingya. During the time of the violence, the website of the Burmese President carried a message stating that the only way to end communal violence in Rakhine State was to send Rohingyas to either UNHCR refugee camps or to a third country.

The credibility of Myanmar

Despite the ongoing democracy reforms, the meetings to promote dialogues with ethnic armed groups and the nationwide ceasefire, Myanmar's for peaceful transition is, at best, incomplete. I believe that a genuine resolution for decades of armed and ethnic struggle can only come if the neglected minorities, such as Rohingyas, are fully integrated in the process of dialogue.

Unless steps are taken in this direction violence against Rohingya will be still be seen as justified in the years to come, with consequences for the stability and development of the whole region. In this sense, a lack of substantial measures appears evident. With the Citizenship Law still in place, for example, the first national census after thirty years, expected in 2014, will further marginalize Rohingya population with respect to the 2015 election.

The UN Special Rapporteur on human rights in Myanmar, Tomás Ojea Quintana, complains that the government is failing to address the causes of the violence in Rakhine and, most notably, to hold the security forces accountable for systematic human rights violations.

According to a recent brief by ALTSEAN research team, one year on from the renewed sectarian violence against Rohingya, the government has not taken any substantial steps towards a resolution. Government authorities continue to detain Rohingya activists and call for the enforcement of discriminating policies against Rohingya. Rafendi Djamin, Indonesian human rights activist and representative to the ASEAN Intergovernmental Commission on Human Rights (AICHR), warns that the failure to control deadly sectarian violence by the Myanmar government could see violence escalate, leaded to likely genocide against the Rohingya minority

From January 2014, Myanmar will be the regional leader of ASEAN and chairman of the AICHR: the ASEAN Intergovernmental consultative body on Human Rights. The Arakan Project outlined in 2012 that the amendment of the Citizenship law, birth certificates and documentation to Rohingya children, abolishment of local policies of restricting marriages and births, the guarantee of quality health care, education services, access to food and the ban on forced labour, are all essential measures to ensure the protection of Rohingyas’ basic human rights.

Yet policies and restrictions institutionalizing racial discrimination remain in place for national security reasons and there is no plan to amend the 1982 Citizenship Law. Both internal and regional stability, peace, and development will likely be affected by Myanmar's commitment towards the integration of Rohingyas and other Muslim minorities in the peace process.

Margherita Belgioioso recently finished her Master degree in Conflict Resolution and Peace at the University of Essex obtaining the distinction. She currently works as research and analyst intern on conflict and terrorism trends in Africa.
Read more from Margherita Belgioioso 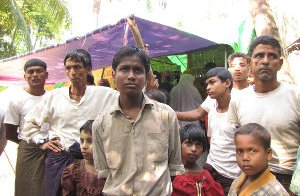