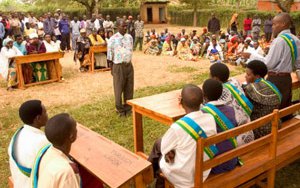 Truth is a concept that is notoriously hard to pin down. It implies objective credibility but also requires subjective understanding. It suggests agreement about factual reality but also space for differing interpretations. It takes on value in the public sphere while remaining an intensely private matter for the individual, and it is honed on the past but may change our perception of the present and teach lessons about what to do with the future.

Truth is a key concept in the field of transitional justice, an approach that tries to redress victims and achieve justice in times of transitions from conflict or dictatorial regimes. Transitional justice literature outlines the many benefits of truth. First, it is considered to be a vital part of the healing process, enabling a sense of closure. Secondly, the acknowledgement of harm done re-creates a sense of dignity for survivors. Thirdly, truth-seeking mechanisms are key for understanding past atrocities and are intended to be restorative in nature, contributing to the reconciliation process. Additionally, Naqvi points to the benefit to society “collective catharsis” and “collective conscience” against the repetition of acts.

The process of engaging with memory and searching for elements of truth can be extremely difficult for individuals and societies. In several post-conflict contexts, truth and memory have both been products of historical inquiry, community dialogue, and other reconciliation efforts. According to the International centre for Transitional justice (ICTJ ) “truth and memory are not just a matter of state policy...they are also the responsibilities of any society striving for security, equality, and peace.”

In the case of Rwanda, efforts to understand the truth have been undertaken by a number of actors. Many of these systems deal with “forensic truths”, referring to those which can be proven. On the other hand, memory initiatives have the possibility of addressing “social truths,” which refer to the overlap between truth and memory, as there may be multiple versions of memory and truths within a population.

The Rwandan government claims that Gacaca is a mechanism by which the country can rebuild a sense of national unity.  The courts engaged much of the population in a post-genocide rebuilding process and community-level dialogue. Judges and government officials were involved, but, ultimately, the outcome of Gacaca relies on people’s participation, engagement, and trust in the process.

In his book, The Gacaca Courts, Post-Genocide Justice and Reconciliation in Rwanda, Phil Clark defines three types of truth, which create a helpful framework to analyse Gacaca and other memory initiatives. He points to the legal truth, the personal/therapeutic/emotional truth, and finally, the restorative truth. In a general sense the notion of truth telling is that it may provide a sense of healing on the individual and community level through regaining a “sense of belonging”. This “sense of belonging” concerns how the truth is expressed and thus, shaped, to aid in the rebuilding of the social fabric of a society, thus it points to the communal aspects of truth as opposed to the individual.

Gacaca opened the possibility of dialogue on the community level, thus allowing the possibility of truth and memory sharing in public, structured setting. Through his research, Clark views Gacaca as a “central element in moving towards reconciliation.” The individuals Clark interviews report that “much truth has come out and participation is generally high.” Gacaca is one of few spaces for communication and, for some, it is a way to overcome what Clark refers to as “a conspiracy of silence.” Through participating in the proceedings, members of communities that are often disenfranchised, including women, have the ability to participate not only in discussion, but also in the process of rebuilding the social fabric of the community.

To what extent do Gacaca lead to truth?

The benefits, and re-traumatization, caused by Gacaca are still unclear. Clark states that it is contested as to whether Gacaca had lead to truth. The original intention of Gacaca was to create a space where parties could interact, interpret, and rearticulate personal testimony, thus fulfilling Clark’s category of “truth-shaping.” While Gacaca has indeed provided a space for dialogue, it did not fulfill the realm of “truth shaping,” meaning a sense of communal understanding of what occurred during the genocide due to the ongoing fear of speaking about the genocide in public settings.

Theories of transitional justice posit ways to move forward in the wake of mass atrocities. These mechanisms seek to help individuals, communities, and societies heal, seek justice, and rebuild lives. Access to the truth and memories of the past shape individual’s and society’s understanding, which ultimately serves as a guide as people rebuild and engage in public dialogue. In order to create a healthy memory environment, the ability to share, question and discover must be present for healing to take place. 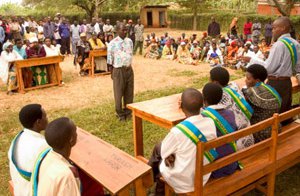 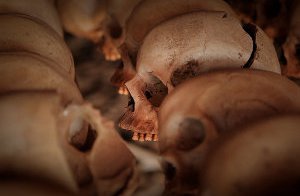