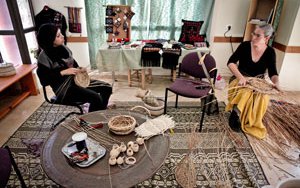 State resilience, an effective security sector, and a sustainable peace are all, in large part, built upon the extent to which people can influence decisions that will shape their security and their futures.

Back but not home: supporting the reintegration of former LRA abductees into civilian life in Congo and South Sudan

For small communities trying to cope with chronic insecurity, poverty and influxes of displaced people, making time for returnees falls low on the list of priorities. But in the long-term failing to reintegrate returnees fully into civilian life creates extra psychological and economic burdens, while the consequent family and social tensions undermine community cohesion and productivity

Back but not home,  from Conciliation Resources, examines the experiences of former LRA abductees as they return to civilian life in DR Congo and South Sudan. The report looks at the difficulties they face reintegrating, and suggests that by making the process more locally-led and holistic, reintegration can be made easier.

Evidence suggests that the uprising has contributed to a shift in perceptions around gender roles, which in the words of one respondent from Homs, has “set a precedent for the years to come in regards to women's roles in service and aid delivery.”

Syrian women’s CSOs and service delivery, from Integrity Research and Consultancy, maps the work of women's civil society organisations in Syria. The research finds that women's organisations are actively delivering services in many areas of Syria, including conflict areas. It also highlights the difficulties these organisations face, such as lack of capacity and restrictions on movement.

Information in the midst of crisis

Listeners reported being significantly more informed and demonstrated positive changes in behaviour. For example, female respondents who were frequent listeners reported feeling better informed  about protecting themselves while away from the compound than occasional listeners.

Information in the midst of crisis, from Internews, shares the work of an Internews project providing information to IDPs in South Sudan. The project demonstrates how providing basic information can dramatically improve the lives of IDPs by helping them access basic services.

The most recent issue of the African Journal of Conflict Resolution includes articles on dispute resolution mechanisms in Ethiopia, young peoples' perceptions of violence and conflict in east DR Congo, and the Nigerian state's response to the emergence of Boko Haram.

Malala and the missing Nigerian girls

By Adan E. Suazo: Do we need to challenge conventional peace wisdom in order to find a solution to the Israel-Palestine conflict? Read more »

PEACEapp is now open for submissions

By Vanessa Thevathasan: How this unique organisation is giving young Israel and Palestinian women the knowledge to play an active role in building peace. Read more »

Whose peace are we building?

Voices of reconciliation in the Israeli-Palestinian conflict

By Vanessa Thevathasan: What role do grassroot civil society organisations play in helping to bring peace to the Israeli-Palestinian conflict? Read more »