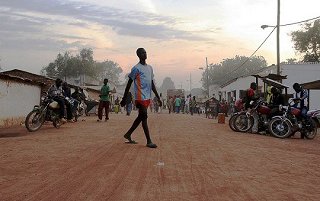 Peacebuilding strategies have largely failed in CAR due to a lack of understanding of the dynamics behind the violence. Image credit: DFID
Even though there has been a succession of conflict in the last twenty years, little has been done to understand the causes of violence
After the death of a taxi driver in September, the Central African Republic (CAR) capital Bangui was rocked by violence, leading to the death of at least 30 people and the displacement of thousands. The event is an illustration of how tense the situation remains in CAR where episodes of violence can erupt at any time.

In order to comprehend why and how such episodes of violence happen, we need to better understand the dynamics underlying conflict in CAR. Unfortunately, CAR remains an under-researched country. Even though there has been a succession of conflict in the last twenty years, little has been done to understand the causes and dynamics of this violence. Furthermore, previous attempts to maintain peace in CAR have failed, as demonstrated by the last episode of conflict starting in 2012. One of the reasons why peacebuilding strategies have failed in the past is the lack of understanding of the conflict.

For my MA thesis, I focused on researching the violence in CAR and interviewing key specialists, asking what the main factors were that contributed to ethnic violence, with a focus on the violence of the Anti-Balaka groups. Here I present my main findings which can be used to influence peacebuilding policies and can also be seen as a first step before ethnographic work is conducted in CAR. The full report of this research, as well as the bibliography, can be read here.

Dynamics of conflict: ethnic politics and the culture of violence

Politics elites often instrumentalise ethnicity by encouraging negative stereotypes
Political elites in CAR often use violence to access power, and instrumentalise ethnicity by encouraging the use of negative stereotypes. For example, when Bozizé and others started to use stereotypes such as ‘foreigner’ in politics, they knew that it would have a strong impact on the public, mainly because of the ancient fear of foreign invasion that remains in people’s memories.  This fear has recently re-surfaced due to violence from Congolese and Chadian mercenaries.

Referring to a ‘culture of violence’ is not to suggest that Central Africans are culturally violent, but rather to point to the impact of the failure of the state and its institutions to provide adequate security and justice. This failure has led to the creation of armed groups which have replaced the state and have become legitimised. The impact of this culture of violence, with its high levels of impunity, has been to modify the compass that individuals have to determine what is normal and what is not when using violence. The culture of violence often explains why there are high levels of violence in post-conflict settings as it bring skills, experience and a strengthened propensity to use violence in the future.

The failure of the state to provide security and justice has normalised violence in CAR
Mob justice against witchcraft is a good example of the result of a weak state and a normalised culture of violence, and it today the normalised way of administering justice, even though it involves a crowd killing an individual. Furthermore, individuals who with no previous experience of violence, such as the youth, have a strong capacity and propensity to use violence simply because they have been exposed to such a culture.

With a better understanding of the dynamics of conflict we can envision different ways of approaching peacebuilding strategies to discover sustainable solutions.

Evidence from other contexts shows that integrating armed groups into the state security system can be an effective long-term strategy to reduce violence and increase stability. Given Anti-Balaka’s involvement in the violence in CAR, any attempt to integrate them might seem dangerous or unrealistic. But the idea proposed here is not to dismantle existing Anti-Balaka structures and to integrate some elements into the existing armed forces, as has been the case in previous failed DDR and SSR processes. Rather, it is to integrate the existing Anti-Balaka structures into the security apparatus at village level.

With a better understanding of the conflict, we can discover sustainable solutions
The state has never been and is still not able to provide security to its population across the country. Groups such as Anti-Balaka have developed in this context and their presence and actions have become legitimised by the population. It is this legitimacy that explains why trying to disarm and reintegrate them is doomed to fail, as has been the case of previous DDR programs. (Literature on informal institutions provides useful information on this topic).

As an integrated part of the state security system, Anti-Balaka members could be trained, not only in security topics, but also on human rights and international law. As free agents, there is a high probability that they have no idea of the meaning of such concepts. Secondly, the groups and their members could be controlled. A lack of control is one of the main problems regarding these groups as they do not have a centralised leadership. Control could be used to sanction deviant behaviours while an income provided by the state could offer the incentive not to join illegal groups or partake in illegal activities. We should not forget here that the lack of economic opportunities for the youth is one of the main root causes of past and current conflicts in CAR.

Perhaps, groups could be integrated into the state security system from both sides of the conflict, which could encourage reconciliation and provide an avenue for peacebuilding activity. Such an approach could provide an alternative solution to failing DDR processes. Although there are many constraints, and of course not all individuals could be integrated into the system, in the context of CAR where the succession of conflict, the failure of DDR and the current situation calls for a solution, this approach may be provide a way to deal with the conflict which should be explored further.

Arnaud Pont has been working in the humanitarian sector for 6 years and has recently graduated from the University of Sussex with an MA in Development Studies. He is now working on different research projects on youth, conflict, violence and development.
Read more from Arnaud Pont

Disarmament, demobilisation and reintegration (DDR)
Disclaimer: The views expressed in this article are those of the author and do not represent the views or position of Peace Direct. 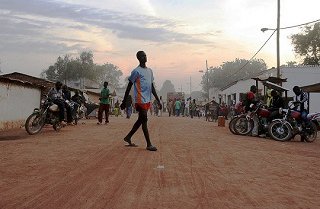