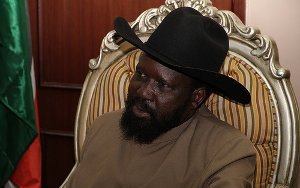 South Sudanese President Salva Kiir (image credit: Utenriksdepartementet UD)
South Sudan’s peace has been so rationalised that the emotional and affective part of it sometimes gets drowned in rational and idealistic concepts, good only for the classroom
For those of us who desire peace, it was sad to hear Salva Kiir, the President of the Republic of South Sudan, announcing news of a coup attempt. Countries such as Tanzania, Kenya and Uganda experienced the same in the early 1960s, but for South Sudan, divided along such clear ethnic grounds and with 50 years of conflict behind it, it could be devastating. I have recently argued that liberal approaches to peace processes in Africa address only the symptoms and not the root causes of conflict, and we are seeing the same problems in South Sudan.

The ongoing conflict is a manifestation of several aspects of the poor implementation of the Comprehensive Peace Agreement (CPA), as well as historical power and resource conflicts between the Dinka and Nuer ethnic groups and the weakness of mechanistic approaches to peace.

It is unfortunate that in Kiir’s Christmas message one of the most important groups for any future peace talks, women, were not included.

South Sudan’s peace has been so rationalised that the emotional and affective part of it sometimes gets drowned in rational and idealistic concepts, good only for the classroom and often inefficient in the field. Warriors alone will not bring long-lasting peace to Sudan. Future peace talks should consider the proper involvement of feminine approaches. It should be understood that while most men come to the negotiating table directly from the war room and battlefield, women usually arrive straight from civil activism. It should also avoid the CPA framework, which failed to realise the “New Sudan” vision of former Sudan People’s Liberation Army (SPLA) leader, and later Sudanese vice-president, John Garang. The secession of the South has not solved peoples’ grassroots problems, but it is working only for those aspiring to political posts.

Independence for South Sudan has not solved all the problems in the region (image credit: Al Jazeera English)

The coup or a struggle for power?

The attempted coup, which Kiir claims his former deputy vice President Riek Machar was behind, is new in terms of South Sudan’s post-secession history, but historical in terms of SPLA/M power struggles between the two dominant ethnic groups, the Dinka, including Kiir, and the Nuer, including Machar. But what is common to all is the fact that, like the clashes in 1990, which displaced thousands, and the fierce fighting in December 2013, the victims are civilians, and do not benefit from the violence.

Traditionally, the clashes have been the results of the struggle for the rights to water, fishing and grazing land; but conflict has recently shifted towards attempting to seize, control and exercise state power. These are now two flash points between the competing ethnic groups. Also the former and the present clashes between Dinka and Neur, in which the two prognostics belong, are rooted in the past. As if that were not enough the struggles for power within SPLA/M between Machar and kiir also has a long history. It can therefore be argued that the ongoing power struggle only became manifest with the fading of the traditional perceived enemy: the north.

An earlier power struggle led to the split in 1991 of the SPLA/M into SPLA/M mainstream, or the Torit Group, under John Garang, and the SPLA United, or Nasir Group, under Riek Machar. Most non-Dinka ethnic groups have perceived the Dinka as using their political strength to dominate them. As Branch and  Mampilly (2005) say:

The conflict during the 1990s between the Dinka-dominated mainstream SPLA and various Nuer-dominated SPLA factions produced more bloodshed, and many more civilian deaths, than the battle against the Khartoum government. In addition, many of those who belong to the smaller Equatorian ethnic groups - the Bari, Zande, Acholi, Madi, Moru, Kuku, and others – view the SPLA as a vehicle of Dinka domination and complain bitterly about their treatment at the hands of the SPLA…. the SPLA was fighting in part to preserve a status quo ante that many Equatorians did not want. From the beginning Equatorians lacked a prominent role in the SPLA, especially compared to their predominance in Anya Nya I. When the fighting spread to Equatoria in the 1990s, many Equatorians fled to Uganda, Zaire, and Kenya. The SPLA did little to build support from the Equatorian populations; in fact, they treated Equatoria as occupied territory and moved large Dinka populations into the region where they would have better access to relief aid and avoid the worst fighting further north. Equatorians were subject to atrocities at the hands of the SPLA.

It is true that the SPLA/M has been good at capitalising on political manoeuvres, but this cannot be used as justification for a coup. This may be why Garang’s intention was not to secede from the North, but rather to adopt what Nelson Mandela did in post-apartheid South Africa, and create a “New Sudan”. History demonstrates that even the idea of the vote of self determination of the south was not originally the SPLA/M agenda, but Khartoum government’s carrot for SPLA/M defectors.

The demands of SSDF to SPLA/M are very similar to those by former cabinet members like Machar. For example, they wanted full SSDF political participation in the Government of South Sudan (GoSS) and the Government of National Unity (GNU), the changing of the SPLA/M name after South Sudanese independence, the new SPLA to be non-partisan and under South Sudanese civilian control, and all SSDF soldiers and officers to be allowed to join the SPLA at the same ranks they held in SSDF. In respect to those demands, one could hardly note any significant changes within the SPLA/M and thus, when there are complaints over the Dinka domination in the government, SPLA and SPLM is nothing but the sugar coating of the unfulfilled demands of power sharing within the new republic.

The power struggles within the SPLA/M since 1990, which also became one of the bloodiest inter-ethnic fights of that time, have never been properly addressed. What followed the SPLA/M split in 1991, and the demands made by the coalition of the SPLA/M defectors under the SSDF, were poorly resolved, and that is the cause of recent trouble. The historical and local dynamics of the conflicts should be properly considered. Peace talks should focus not just on political and military issues, but the social, economic and emotional ones as well, and women should play a full role. We would do well to remember that warriors alone will not create peace in Sudan.

All rights on this article are reserved. Please contact info@insightonconflict.org for more information. 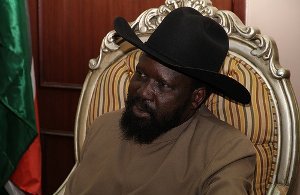