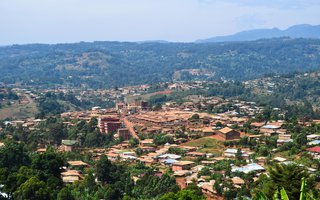 https://www.flickr.com/photos/jbdodane/11576838804/
Thousands have fled the English-speaking areas because of the violence and unrest in Cameroon

For several decades, the minority English-speaking community in Cameroon has been expressing its disillusionment with the reunification process that brought the English and the French-speaking parts of the country together in 1961.

They complain about marginalisation and under-representation in the country’s Francophone-dominated administration. Such conditions are in direct contravention to the reunification accords which pledged to preserve the status of the erstwhile autonomous English-speaking state of West Cameroon federated with French-speaking East Cameroon. This union was abruptly terminated in 1972 leading to the dissolution of the State of West Cameroon into two administrative provinces.

This issue of contention has since sparked recurrent waves of protests in Anglophone Cameroon. Fresh protests broke out in October 2016, following a strike by Anglophone teachers and lawyers demanding for educational and judiciary reforms.

Pro-Anglophone movements took advantage of the strikes to demand a return to a federal system of administration that was abolished in 1972 while others have been pushing for the establishment of an independent state, separate from the majority French-speaking areas.

As it now stands, thousands have fled the English-speaking areas because of continued violence and unrest.

Thus far, protests have largely been nonviolent in nature. These include controversial school boycotts, enforcement of general strikes (known locally as ‘ghost towns’), public protests, advocacy campaigns and the establishment of a governing council to speak on behalf of the Anglophones, which was set up by pro-Anglophone movements in the diaspora.

However, violent incidents such as the burning down of school buildings have also recently been witnessed. The involvement of pro-Anglophone movements in these crimes, however, has yet to be fully established beyond a set of unproven assumptions claiming that their aim was to reinforce continued school shut down.

Current protests have resulted in increased youth radicalisation, the loss of lives, the destruction of property, the imprisonment of Anglophone activists, school shut downs, poor school performance, a slowdown in economic activity, an Anglophone diaspora at odds with the government, a general sense of insecurity and a deep sense of political distrust between the Anglophone communities and the government.

The crisis contributes to the multiple conflicts risks threatening Cameroon’s fragile peace. These include the Boko Haram insurgency infiltrating the country from neighbouring Nigeria and the uncertainty that characterises the peaceful political transition from the 34-year old regime in Cameroon.

This Anglophone crisis is a divisive and politically sensitive subject handled with caution by civil society organisations and Cameroon’s friends and partners.

None of them boldly identify themselves with either side but have however expressed concerns over human right abuses. They have called for dialogue towards sustainable peace. These include the United States Department of the State, The African Union Commission, the United Nations Secretariat for Central Africa, the United Nations Centre for Human Rights and Democracy in Central Africa, Pope Francis and the Bar Council of England and Wales.

Earlier in the crisis, Roman Catholic Bishops in Anglophone Cameroon issued a letter stating their understanding of Anglophone grievances. They have called for dialogue to facilitate their peaceful resolution. The same call came from the Fons (ethnic traditional rulers) of Cameroon’s North West Region who, like some Independent Opinion Leaders, have urged for the release of pro-Anglophones detainees to foster peace.

The government has responded with a series of measures to address concerns. These however are judged as palliative measures, not tackling the root cause of the crisis

In December 2016, the government responded to the crisis by engaging in talks with members of a civil society consortium that was created to speak on behalf of the Anglophone communities. These talks, however, were short-lived due to the political nature of some of the demands.

In a subsequent controversial move, the state resorted to arresting and detaining the leaders of the consortium. Others went into exile. Access to the internet was suspended in English-speaking Cameroon for three months to curb the flow of information that the government believed was fanning the crisis.

Since then, continued calls for dialogue have largely been ignored. In August 2017, the government sent delegations to discuss the state of the crisis with the diaspora. This initiative was met with stiff resistance from Anglophone activists living abroad.

Nonetheless, the government has begun introducing a series of progressive measures to address some pertinent concerns regarding the effective integration of the Anglophone communities in Cameroonian society.

These include the translation of the OHADA Uniform Act (a law harmonising business transactions in Africa) into the English language, the creation of the National Commission for Bilingualism and Multiculturalism to foster greater national integration, the creation of a Common Law Bench at the Supreme Court of Cameroon as well as a Common Law Department at the School of Administration and the English-speaking Universities of Buea and Bamenda. Some pro-Anglophone activists under detention have also been released.

These, however, have been judged as palliative measures. They do not tackle the root cause of the crisis – supposedly the quest for a federal state or secession. Some pro-Anglophone movements want a neutral third party mediating talks to resolve the crisis.

This is where the deadlock lies and until this is broken, it is uncertain the crisis will end anytime soon.

Culture, media and advocacy Human rights Dialogue and mediation Refugees and IDPs Governance
Disclaimer: The views expressed in this article are those of the author and do not represent the views or position of Peace Direct. 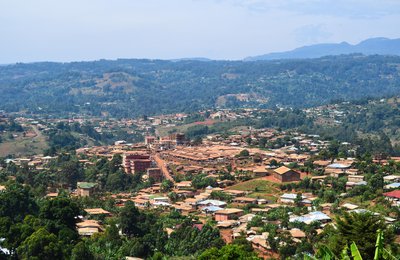