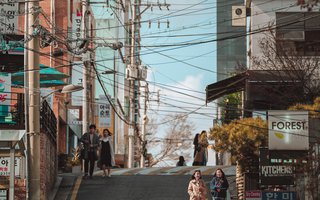 Changes on the Korean peninsula

Sixty-five years after the Korean armistice agreement, tension and conflict between the North and South, and with the United States, have been a constant part of daily life on the Korean Peninsula. Although the potential for a lasting agreement on denuclearization and reunification is still uncertain, the need for sustained efforts at diplomacy and peacebuilding remains, as does the need to support locally-led solutions to the long-standing conflicts on the peninsula.

Peace on the Korean Peninsula has long been a cherished wish of South Korea. In July 2017, shortly after taking office, President Moon Jae-In of South Korea proposed his goals and strategy to deal with North Korea and bring denuclearization and peace to the Korean Peninsula. Through the proposal, President Moon showed his strong will not to surrender the future of Korea to outside forces, saying that “my country must sit in the driver’s seat and lead Korean Peninsula-related issues based on cooperation with our neighbors.” President Moon Jae-In played a key role in negotiations to hold a summit between the United States and North Korea. Talking about the summit, President Moon Jae-In stated “I believe that the summit was a truly historic feat which moved us from the era of hostility towards the era of dialogue, of peace, and of prosperity.”

Although sanctions will remain on North Korea until its complete denuclearization, there have been many changes since the summit. US and North Korean officials held talks in the Demilitarized Zone (DMZ) between North and South Korea for the first time since the summit and had more talks in Pyongyang soon after to discuss implementing the agreement between President Trump and Chairman Kim.

Talking about the summit, President Moon Jae-In stated “I believe that the summit was a truly historic feat which moved us from the era of hostility towards the era of dialogue, of peace, and of prosperity.”

Still, how will this high-level agreement between the US, North Korea, and South Korea bring peace and security to local communities? What do local communities working for peace on the Peninsula want from their leaders and the international community now?

Many local and international groups have been working actively to support peacebuilding from the ground up on the peninsula for years, and here are three examples of their work and their thoughts on what the summit means for local peacebuilding initiatives.

Founded in 1994, PSPD is a civil organization based in South Korea and has been working to promote and protect justice and human rights through people’s participation in government decision making processes and socio-economic reforms. To do so, PSPD closely watch and monitor the abuse of power by government and private corporations. Also, PSPD has been actively engaged with UN bodies including the UN Human Rights Council and the Security Council and in 2004. In 2003, PSPD launched the Center for Peace and Disarmament (Peace Center), whose activities are aimed at advocating for peace, disarmament and a nuclear-free Korean Peninsula and Northeast Asia.

According to Soo-young Hwang, Manager of the Center for Peace and Disarmament and the Center for International Solidarity at PSPD, the outcomes of the summit between the US and North Korea are a big achievement because the two leaders agreed on a comprehensive approach to solve the nuclear issue and create a peace regime on the Korean Peninsula. Moreover, through the summit, it has once again been proved that the strategy of surrendering opponents by military force is an unrealistic and incorrect solution.

“The US-North Korea summit has showed that the principles of normalization of relations, a comprehensive approach to bring a peace regime and denuclearization, peacebuilding through peaceful means, and problem solving through dialogue and negotiations, which have been constantly proposed by peace organizations on the Korean Peninsula, are truly effective.”

She adds that international support is important to successfully implement the meaningful agreements between the US, North Korea, and South Korea and to prevent the failure of the peace process on the Korean Peninsula.

Peace Network, formerly known as Civil Network for a Peaceful Korea (CNPK), is a peace movement organization in South Korea, dedicated to establishing active peace on the Korean Peninsula. Under the slogan of “small steps, road to peace,” Peace Network works towards anti-war, anti-nuclear, disarmament, and unification and aims to play a role as a “networker,” connecting organizations, experts, students and citizens, government, and civil society, both nationally and internationally. Peace Network analyzes conditions of domestic and international peace issues to develop policy suggestions, provide training and peace educational programmes, and  cooperate with other domestic and international organizations or peace movements. In addition, the organization has played a role as the executive office of the Civil Peace Forum, a network of peace organizations in Korea, which aims to build alternative visions of peace beyond military and state-centric views on the Korean Peninsula that reflect the perspectives and needs of civil society.

For Wooksik Cheong, Director of the Peace Network:

He adds that the two leaders’ decision and willingness to change “the condition of soil on the US-NK relations that has bred a poisonous mushroom, namely a nuclear NK” has a significant impact on solving the nuclear issue. He highlights that without addressing the hostile US-North Korea relations and the armistice agreement on the Korean Peninsula, we cannot solve the nuclear issue.

“As this is the case, often the toxic mushroom is not perfectly removed or repeatedly spread out to somewhere else. However, this time the two summits finally decided to get rid of old virulent soil and start with a new fresh nutritious soil. By doing so, they chose a method that the poisonous mushroom eventually disappears.”

Women Cross DMZ is an international group of female peacebuilders, including Nobel Peace Laureates, feminist authors, peace activists, human rights defenders, spiritual leaders, and Korea experts. The group mobilizes women globally to end the Korean War with a peace treaty and promote women’s leadership in peacebuilding. On May 24, 2015 International Women’s Day for Peace and Disarmament, thirty women peacemakers from around the world walked with thousands of Korean women across the heavily-fortified Demilitarized Zone (DMZ) from North to South Korea to call for an end to the Korean War, reunification of families long separated by Korea’s division, and women’s inclusion and participation in the peace process. They held international peace symposiums and peace walks in both North and South Korea and connected with Korean women to share their experiences of war and division and ideas of mobilizing women to bring peace in Korea. Since their historic crossing, they continue mobilizing women globally for peace in Korea, raising global awareness of the urgent need for peace in Korea, developing relationships among women leaders and organizations in North and South Korea and globally, and promoting women’s leadership in peacebuilding processes on the Korean Peninsula.

In a statement with the Nobel Women’s Initiative on the US-North Korea summit, Women Cross DMZ underlines that the summit has given hope to people on the Korean Peninsula and around the world that “peace is possible through diplomacy and political will.” Through the statement, Women Cross DMZ stresses the importance of women’s inclusion in the peace process and highlights that decades of research prove that women’s inclusion in peace processes leads to a higher likelihood of a peace agreement and a far more durable one.

“Reaching a peace agreement, implementing it, and ensuring that it lasts, however, necessitate women’s inclusion at all stages of the peace process, from sitting at the negotiating table to helping to draft the agreement, to making it real in their homes and communities.”

Women Cross DMZ urges North and South Korea and the US to “continue on this path of courage” and calls for women’s participation and leadership in building and sustaining peace in Korea: “Given the critical window to secure a lasting peace, women must have a seat in the official peace process.”

While local level peacebuilding efforts cannot succeed in a vacuum, high level negotiations must also be re-enforced from the ground up. Indeed, the persistent work over many years of these and other groups working for peace on the Peninsula is part of what keeps space open for the moments when official diplomacy can move forward.

Peace isn’t here yet. Even after the US-North Korea summit, confusion and scepticism remain. However, the summit is of great significance to people on the Korean Peninsula who have been felt the continued anxiety of war and conflict every single day. As a Korean myself, I never believed peace would ever come to the region. However, seeing all the peace efforts by local communities and civil society and globally, I have hope that peace on the Korean Peninsula will come in time.

Daeyoung Kim is from South Korea and joined Peace Direct in June to support Outreach and Mapping activities. He has worked with the Hudson Institute and the Permanent Mission of the Republic of Korea to the United Nations, and holds a degree in International Affairs from the George Washington University.
Read more from Daeyoung Kim

Women, Peace and Security Dialogue and mediation
Disclaimer: The views expressed in this article are those of the author and do not represent the views or position of Peace Direct.

More on Women, Peace and Security and Dialogue and mediation → 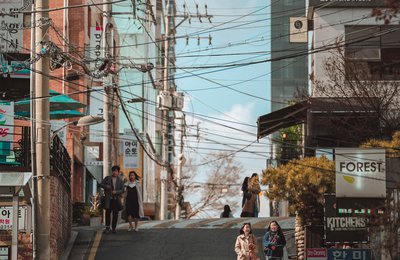