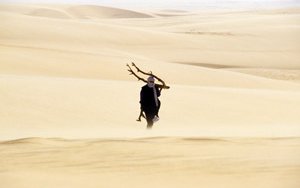 Meeting in the Nigerien capital Niamey last month, the presidents of Chad, Nigeria, and Benin and the defence minister of Cameroon came together as representatives of the Lake Chad Basin Commission.

On their agenda: terrorism, in particular the activities of Boko Haram in Nigeria and Cameroon. The objective of the meeting was to reflect on recent violence in the region and decide how best to re-establish peace and security. They came to an agreement to undertake joint action to combat Boko Haram, and have already agreed to meet again in Cameroon in order to prepare a resolution to present at the UN Security Council. On the ground, they have decided to deploy troops along their borders in order to try and deal with the problem.

Nigerien president Issoufou Mahamadou said that terrorism is a greater threat than ever for the countries of the Sahel, and those in the Lake Chad Basin and their neighbours in particular, all of whom are facing attacks on the democratic states which they are trying to build, their territorial integrity and the peace and security of their populations who aspire to well-being. Terrorism, Issoufou said, has no borders; its ambition is to reach everywhere.

In addition, terrorist elements are highly mobile and can cross porous local borders very easily. So the war against terrorism in the Sahel and the Sahara is very much an asymmetrical one. And this new form of conflict cannot be resolved without involving local and tribal leaders. In effect, they have always been present – in one way or another, trying both to prevent and resolve problems – because such leaders do not decide, they reconcile. Their status and role means that they enjoy the confidence of local populations; they have huge patience and deep local knowledge.

All these qualities make traditional leaders excellent messengers for peace. It follows that states threatened by terrorist activity must empower them to help ensure the cooperation of local populations which, if properly integrated into peacebuilding efforts, may help to identify potential terrorist elements before they merge into the local citizenry.

We must accept that the fight against terrorism is not a fight that any one state can lead on its own. As elsewhere in the world, the collective efforts of all neighbouring countries and others are indispensable. We must also recognise that jihadists and actors like Boko Haram who hide behind Islam will not be defeated in a society with strong Islamic connections without the help and blessing of traditional leaders and local populations. 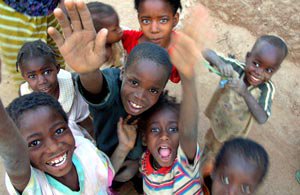 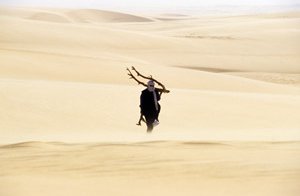