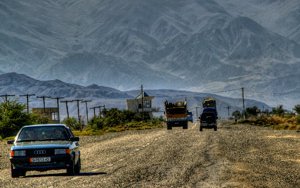 The rise and fall of the Soviet Union has had a profound impact on borders in Central Asia. Internal administrative borders were created for these new republics in the mid-1920s in a way that had no strict ethnic lines, due to a fear that ethnically homogenous republics might exhibit separatist tendencies.

They were little more than formalities, as goods and people flowed freely across them. Furthermore, they were continually adjusted, and enclaves could appear or disappear at the whim of a mapmaker. Come the collapse of the Soviet Union, these internal borders became international ones, and took on a new role in Central Asia: of strategic importance to the government, and as a disruptive force for the civilian population. In particular, the issue of these appearing and disappearing enclaves has proved a major source of conflict in the region.

Conflict in the Ferghana Valley

This issue is particularly felt in Kyrgyzstan, which has had ongoing border disputes with several of its neighbours. The issue is especially prominent in the Ferghana Valley, where ethnic Kyrgyz, Tajik and Uzbeks live in close proximity to, but not in, the nation where they would be the ethnic majority.

On August 3 2015, one such incident occurred in the Ferghana Valley at the local level. According to reports from both sides, the residents of the Tajik village of Chorku blocked the road to a cemetery on the Tajik side of the border. Villagers in the Kyrgyz village of Koktash could no longer access it, and the Kyrgyz villagers responding by blocking the water supply to Chorku.

The order in which these events occurred is unclear, with the Kyrgyz government reporting that the Tajiks blocked the road first, while the Tajik government claims the water was blocked first. But regardless of the order of occurrence, crowds gathered and began throwing stones across the border, with various injuries reported among seven Kyrgyz and six Tajik residents. Gunfire and firearms related injuries, as well as the use of Molotov cocktails, were also reported in the incident.

This type of dispute is quite common in the region, and border delimitation is still an unresolved issue. In this instance, Kyrgyz and Tajik authorities have both reported that the situation is relatively stable. But boundaries remain fluid, with only 530km of the 978km border being formally agreed.

As the political nature of Central Asia is one of strong central governments with a tendency to avoid demonstrating weakness, resolving these border disputes is unlikely to happen in the near future. And even if they were, borders are often little more than lines on a map, and hold little meaning if they cannot be physically seen on the ground.

With that in mind, rather than looking at how border disputes can be resolved, the governments should be looking to how they can prevent cross-border tension and limit incidents like that of August 3 2015. The answer, it appears, may lie with education. This is what the authorities are doing in the Kyrgyz and Tajik villages.

Whether such education focuses on cross-culture acceptance due to the multicultural nature of the region, or looks to the implementation of more efficient economic practice in the region – particularly in agriculture, given the importance of water and poor irrigation practices – education can have a significant impact on lessening tension in the region. However, these governments will need to work together, ensuring all groups are included on an equal footing.

The artificiality of the Central Asian states and its poor mapmaking will keep the region tense. Improving education and economic practices will require cooperation among the nations in the Ferghana Valley, intrinsically linking local level peace building efforts to state level relations.

Ian Litschko holds a Masters of Political Science from the Moscow State Institute of International Relations and is an MA Candidate at Carleton University. He has acted as the Canadian Armed Forces Program Editor for the NATO Association of Canada and as a Russian Arctic research assistant at the University of Calgary’s Centre for Military and Strategic Studies. He is a regular writer on post-Soviet security issues.
Read more from Ian Litschko 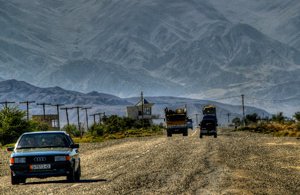