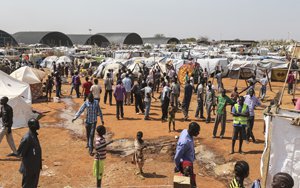 I thank the authors of the recent blog post The challenges of South Sudan: how to document the war and its crimes? for drawing together a brief commentary of the very complex series of events and the need for a response for the people of the country. I have spent 20 years in South Sudan and the former unified Sudan and thus have a long perspective on the history of violence and the political conflicts that have marred the entire country. While I do not disagree with some of the issues raised, there is a veritable need to take a step back for a more profound understanding.

The complex history of violence

We speak of violence as though this has emerged over the last three years - a dangerous falsehood
Of primary importance is the recognition that violence does not emerge out of nowhere. The context of 2013 is anchored on decades of violence, inter and intra-ethnic communal clashes, and the proliferation of small arms, all against the background of three civil wars within half a century. The memories of many citizens goes way beyond 2013 and digs deep into the annals of history of their grandfathers and mothers. Many may argue that the key is dealing with the present ‘caseload’ of killings, tortures and other disasters that have befallen the population, and our technical language speaks to framing this in our own norms and frameworks.

The international community has long existed in this particular context and has rarely truly understood the nature of life and violence, contained in its compounds, living in its own particular culture and rarely penetrating the depths of this complex history. Linguistically, we are far removed, working through translators and intermediaries whose task is to simplify events (whether for political gain or to fit in short sitreps), while our own habits of short visits for one hour or a day in no way help us to connect, listen and truly hear what people will tell us. Many South Sudanese now understand our habits and play to these, giving us headlines in conversations as they know we will not profoundly understand.

Many of us have arrived at the cusp of a crisis, moving at high speed, judging using our standards, falling into political games at national and local levels. We seek the most obvious solutions that correspond to the burgeoning industry of the ‘transitional justice’ market that moves across academic circles, the UN Security Council and regional conferences speaking about lessons learnt.

We speak of violence as though this had emerged over the last three years – a dangerous falsehood that will ensure that the so-called solutions are far more harmful and far less likely to truly provide what the citizens are looking for.

While I do not deny that justice is key in signalling that violence perpetrated against non-combatants is unacceptable, we need to see what has existed as a culture of ‘violence’ first – a life of mobile, armed youth protecting assets (livestock etc), related to numerous people in government on either side of the political spectrum, living in deeply rural, remote settings where the state does not exist except in name. Many would argue that the state is a cover that lends itself to socio-cultural groups (clans, sections etc) who exist and use the new terminology that we have invested in over the last 11 years since the Comprehensive Peace Agreement between the Government of Sudan and the SPLM, mimicking behaviour and language.

Youth (by far the majority) have been observing the Government and our international behaviour, noting the absence of real interest, the distance that cannot be bridged between us, and ultimately leaves a vacuum that only citizens can fill, to protect themselves from threats.

Thus, the type of violence seen from 2013 has its genesis far further back, with armament of youth groups in various parts of the country under various communal mechanisms for protection, while serving others to undertake criminal activities which would be justified as legitimate (seizing back stolen cattle, revenge killings etc.).

The disconnect between local and international

Have Truth and Reconciliation Commissions in Africa worked to build what they claim – truths that help build a reconciled society? George Wachira, in his recent book, ‘Stretching the Truth,’ strongly cautions against placing our blind faith in these. What is it that we claim a hybrid court will provide, together with a TRC and a Compensation and Reparations Authority?

The people, in the recent South Sudan Law Society, and in the consultations undertaken by the Committee for National, Healing, Peace and Reconciliation, have shown that their understanding of what they wish to see happening is far more complex than these instruments – but few cared to ask them. Answers have ranged from firing squad to forgiveness and everything in between. Above all, there is a recognition that living together will require more than justice, but also profound dialogue about the past (well beyond 2013) and local to national means to help people find their way towards each other again.

The UN, the NGOs, the diplomatic community and donors over the past decade showed little or no interest in local and national dialogue processes, treating them as side shows of their own programmes that place technical support, economic deals and domestic policy in the forefront.

What people want has little to do with what we provide in the end. Should we care to truly invest in supporting the South Sudanese in their long journey towards peace and reconciliation, we will need to start by truly listening to them, understanding that there is a difference between their hopes and aspirations and those of their leaders, between our interests and theirs. Our support should have been prompted by seeing and understanding that this violence started long before with deep historical roots. Even as we were told it was going to erupt, still then the UN and other actors failed to engage. The only avenue left was reaction and then justification.

In conclusion, the South Sudan Council of Churches, the Committee for National Healing, Peace and Reconciliation and other local and national processes are key to underpinning peace and reconciliation long into the future, certainly well beyond the narrow frame of the three years of agreement. Investment there will be crucial even as the long road to establishing the rule of law is embarked upon.

History has shown us that technical tools in political environments have a very low chance of success if utilised remotely from context and root causes. Bennett et al. in ‘Aiding the Peace’ (2011) suggest that this may even make matters far worse.

I hope and pray for peace, and that we may help rather than hinder the long journey of the South Sudanese towards it.

Ferdinand von Habsburg-Lothringen has provided advisory support to heads of government, the UN and NGO leadership around developing strategies and programmes in conflict and post-conflict South Sudan and Sudan between 1995 and 2015 as well as in politically-turbulent Maldives after the first democratic elections from 2009 to 2011. He continues to provide contextual analysis, both to humanitarian, stabilisation and development organisations and regional, national and local bodies as well as the diplomatic corps. He has almost 20 years of field experience working in some of the hardest hit zones in Sudan. He currently works as advisor to the South Sudan Council of Churches in Juba.
Read more from Ferdinand von Habsburg-Lothringen 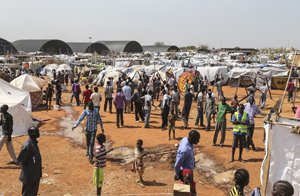