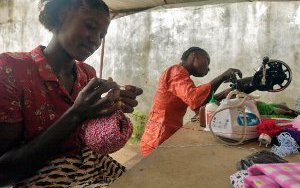 Those of us honoured to work with the rural poor recognize the truth of Tip O’Neill’s famous saying: “All Politics is Local.” If you are a mother carrying a baby on your back and travelling everywhere by foot, unless your government is within 10km, it simply doesn’t exist.

The world community, however, has paid scant attention to this truth. In the year 2000, world leaders created the Millennium Development Goals (MDGs) – eight time-bound goals to significantly cut poverty in all its forms. MDGs such as access to pre-school, primary education, good nutrition, safe water and sanitation all require effective local governance. Yet very little was done to “localize” the MDGs.

Now the world is focused on creating bold new goals for the period 2015-2030. The UN Secretary-General has launched history’s most inclusive policy process, and local government associations have demanded a voice, establishing a Global Task Force devoted to this task. The first milestone in this process is the report of the High-Level Panel, launched on May 30, and its report mentions local authorities ten times.

The Panel points out: “Local authorities form a vital bridge between national governments, communities and citizens…” and “have a critical role in setting priorities, executing plans, monitoring results and engaging with local firms and communities.”

My organization, The Hunger Project, focuses on rural areas where the vast majority of the world’s poor live. From my perspective, here are ten priority actions the world community can take to ensure that the Post-2015 agenda adheres to the principles of “Local First.”

Another critique of the MDG “get to halfway” goals is that countries have solved the easiest half of the challenge. The most isolated and impoverished people have been “left behind.”

These women and men are not the problem; they are the solution. If the steps outlined above were taken, their skills, hard work and creative intelligence can be unleashed in a rapid acceleration of progress. People have a right to development, and participatory local governance is the only way to ensure that right.

John Coonrod is the Executive Vice President of The Hunger Project, where he is responsible for research, advocacy and its programs in South Asia and Latin America.
Read more from John Coonrod
Disclaimer: The views expressed in this article are those of the author and do not represent the views or position of Peace Direct. 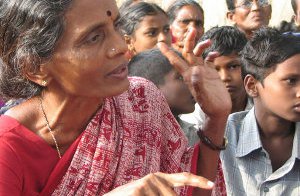 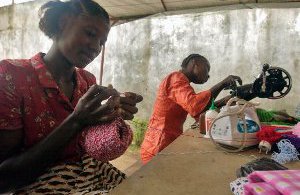