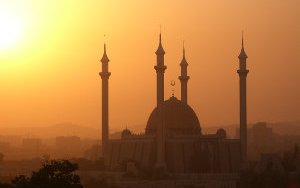 Think of Northern Nigeria and for most people the name Boko Haram comes up. The hub of an Islamist insurgency, Northern Nigeria has been in a state of conflict since 2001, culminating with the formation of the Boko Haram. Over the past five years, starting in 2009, the conflict has clearly been at its most violent phase.

Northern Nigeria houses a narrow majority of the country’s Muslim population, most of whom are Sunnis. With their majority, the Muslim population has sought the introduction of Sharia Law, or Islamic Law, as the foundation of all legislation in the region. In the process, as many as twelve of the states in Northern Nigeria have relied on Sharia Law as the basis of their legislative, executive and judicial arrangements since 1999.

The diversity in Nigerian society has often posed a governance challenge, particularly in the context of religion – one of the “most important features of identity”. Sharia Law is technically law that is based on the Qur’an. The issue came to fore because Christians, by their religious affiliation, are exempted from the ambit of Sharia Law, but there remains a lot of tension particularly in those states in Nigeria where Sharia law applies, where many Christians live.

In the 1950s, Sharia Law made its first appearance in the Nigerian legal code. While in 1986, Nigeria was headed by a Muslim military leader and became a member of the Organisation of the Islamic Conference, the Christians felt alienated. In 1992, the restoration of full diplomatic relations between Nigeria and Israel turned out to be a move that greatly angered many Muslims. And it was following the 1999/2000 adoption of Sharia law by twelve states in Northern Nigeria that led to the beginnings of the Islamist insurgency.

Following that, there were riots between Christians and Muslims in the city of Jos, after a Muslim Politician, Alhaji Mukhtar Mohammad, was appointed to the local coordinator federal programme to fight poverty. The simmering tensions between the Christian and Muslim population stemmed from the competing claims between both religious groups over the fertile farmlands in central Nigeria’s Plateau State. The flare up culminated in the 2001 Jos riots, where the first large scale face-off between the Christians and the Muslims left about a thousand people dead.

In the next year, the Kaduna riots of November 2002 unfolded after Nigeria’s hosting of the Miss World contest. The tensions continued to thrive with riots manifesting in different parts of the country. In 2004, the infamous Yelwa Massacre occurred, where clashes between Christians and Muslims led to the killing of over 700 people, and the atrocities committed included everything from rape to torture.

Following this, in 2008, a massive slew of riots in Jos over the results of a local election ensured. The winners of the election were not listed publicly, leading to much conjecture and rumours to the effect that the victor was the candidate supported by the Christians. Muslim community members began protesting the election even before the results were announced, and this culminated in two days of rioting. In 2010, the riots went out of hand all the way from January until March, as Christians and Muslims clashed.

In the middle of all this emerged Boko Haram, the infamous insurgent group in Nigeria and designated terrorist group by the US. The group remained peaceful for first seven years of its existence, but the changed in 2009 with the government’s investigation of the group and its activities. With the government taking action against the group, there were deadly clashes, and the group carried out its first act of terror in January 2010. In May 2013, the Nigerian government launched an offensive in the hope of dislodging the Boko Haram. While the offensive was initially successful, Boko Haram gained strength and launched attacks against the government later in August.

Although one would be wont to perceive the divisiveness in Nigeria as a product of religious tensions, the origins of the conflict lie in ethnicity and economic issues. More recently, these conflicts have had an overlap of sorts with the religious elements – culminating in an unrelenting spate of violence that continues unabated. Therefore, it is fair to say that religion is not the entire cause of the conflict. With a thriving oil industry that earns 95% of all of Nigeria’s foreign exchange earnings and the abject lack of equitable economic development, there was enough of a destabilising factor already in place. However, the catalyst that led to the explosion of the conflict was the issue of Sharia Law.