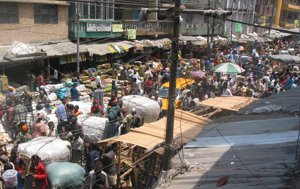 The recent kidnapping of over 200 schoolgirls by Islamist group Boko Haram has thrust northern Nigeria into the international spotlight.

But instability in the region has a much longer history. Along with the rise of religious extremism, the north has witnessed regular outbreaks of violence between Muslim and Christian communities since the early 1980s.  The impact has been devastating, with thousands of lives lost and inter-communal relations deeply damaged.

One organisation working to diffuse tensions in the area is the Interfaith Mediation Centre. The IMC was established in 1995 by Pastor James Wuye and Imam Muhammad Ashafa – former leaders of two opposing factions in Kaduna State. The centre seeks to foster trust and tolerance between Christian and Muslim communities through the promotion of inter-religious dialogue. It recently launched the Tolerance Project, a new initiative that will establish a community-led conflict early warning system in five of Nigeria’s northern states.

“The concept of early warning systems really began with the idea of preventing environmental disasters,” explains Modupe Oshikoya, a PhD candidate at UMass Boston. The university's Center for Peace, Democracy and Development has been assisting the IMC with the Tolerance Project. Oshikoya has been closely involved since January 2013.

“In essence, an early warning system is a chain of information – you gather data about certain events taking place on the ground, and analyse the patterns,” says Oshikoya. “The data allows you to see where a problem might be brewing and to take action to address it as quickly as possible.”

Early warning systems have been applied to violent conflict only relatively recently and can take different forms. The Tolerance Project is unusual because it is firmly grounded in the local community.

“The project has begun by consulting local religious organisations, traditional leaders, women's groups, business people, trades unions, civil servants, young people and so on,” says Oshikoya. “We need to establish a baseline from which to measure any changes. So we've asked  – how do you view conflict in your area now? How much interaction do you have with people of the other religion? Do you do business together? Is there religiously mixed education?”

The next step is to build up a network of local data collectors who can monitor and report any changes in community relations. Again the IMC will use members of civil society groups in the area to do this.

“The data collectors will be asked to check in with the IMC every day, whether changes have taken place or not”, explains Oshikoya. “But the project will leave it up to them to decide what to report on.” This unfiltered information will then be coded and inputted into a database. Eventually, with enough data and using GIS software, the IMC hopes to start visually mapping the trends of what is happening where.

The project has met with mistrust in some quarters. “There's suspicion that the information we collect could be used in a sinister way,” acknowledges Oshikoya. “People have a lot of questions. It's understandable in a society like Nigeria, where corruption is so widespread. We have to reassure them that none of the data will be given to the government, police or local security forces.”

The local nature of the project seems to help in this regard. “Pastor James and Imam Ashafa are very well-known in their communities”, Oshikoya explains. “They have been working in this arena – encouraging interfaith dialogue and mediation – for almost twenty years and have a personal understanding of the situation. People trust them in a way they might not trust outsiders.”

But for Oshikoya, perhaps most exciting of all is the IMC's commitment to listening to the communities around them. “It's not about the IMC telling a community what to do,” she says. “Pastor James and Imam Ashafa meet with them and learn about group relations in the community. Then they say, 'OK – given the particular situation here, what do you as local leaders think will be most effective response?' Each community is different – what works to reduce tensions in one may not work in another.”

And she's convinced the project will generate useful lessons – both for Nigeria and other countries. “As far as I can tell, the Tolerance Project is unique – people are reporting on the conflict in the north, but not at this micro-level of detail. So it will be fascinating to see how this type information impacts on the effectiveness of interventions. There's a lot to learn.” 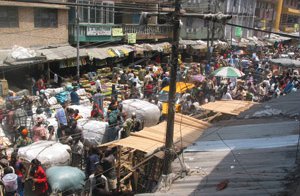