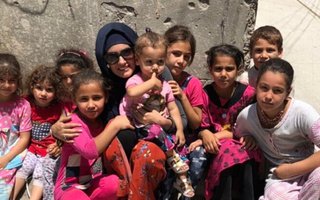 Once in the United States, Ghazi earned her Master's degree in peace and conflict studies at the University of North Carolina-Greensboro and is currently a visiting research scholar there. She also is a translator with the Iraqi Al-Amal Association, which provides courses on non-violence, English lessons and computer training.

Now married with a daughter, Ghazi is a human rights advocate. She uses her voice for those who cannot speak for themselves in Iraq, including the peaceful protesters who congregated in Baghdad's Tahrir Square last year to demand basic necessities and job opportunities. They were met with violence and gunfire from what people believed were militias aligned with the government. Hundreds of Iraqis were killed and thousands injured.

Ghazi told Peace Direct that she feels compelled to relay the demands and hopes of her fellow Iraqis, and that being in another country gives her that freedom. "I feel sad that I'm not there with them. However, I feel like I can be that voice outside to have their voice heard at least in the United States and around the world because I have this privilege of speaking up."

She discussed the human rights situation in Iraq and her efforts to raise awareness and build peace in her homeland.

What were the protests all about?

Iraq is one of the richest countries in the world, however, Iraqis are still suffering from the lack of resources, quality education and jobs. Life overall is not improving. The protests were peaceful, with people demanding basic human rights: jobs and a decent education. People are graduating from University and they just stay at home, they don't find any jobs. They're just wishing for a better life. They're just wishing for peace that they cannot obtain. 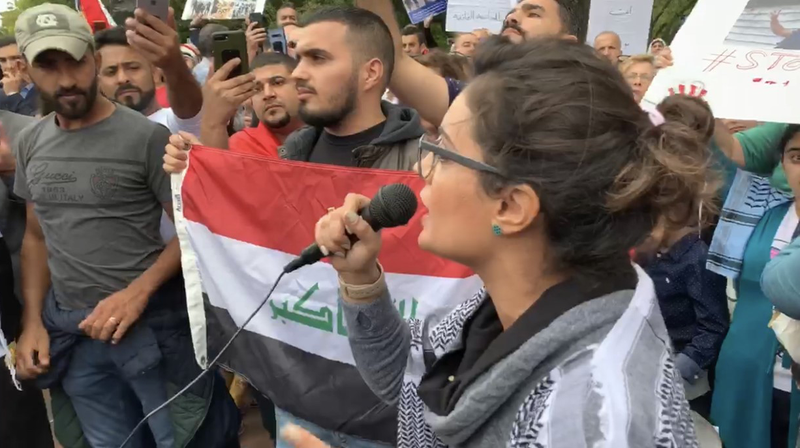 What is your message for the peacebuilders in Iraq?

The peacebuilders in Iraq have been targeted by the militias, by the Iraqi government, by many different groups just because they're trying to promote peace and trying to speak out. They were threatened and their families were threatened. Many were kidnapped and released after having been tortured, and some we haven't heard from since the beginning of the protests.

I want to speak up on behalf of all those peace activists who live in Iraq whose voices are oppressed.

It's hard to encourage people to speak out because we are threatening their safety. That's why I felt like it's an obligation for me -- since I live in a country that gives me the freedom of speech -- I can speak up today to tell the world what is happening in Iraq. I want to speak up on behalf of all those peace activists who live in Iraq whose voices are oppressed.

All I would say is they should be safe. They should be careful of where they go, what they say, of just speaking up, because it's not easy and safe to speak up in Iraq today, unfortunately.

Are people listening to what you're saying here in the U.S.?

Yes, we had a lot of people who actually showed interest in what's going on, they showed solidarity with Iraq. I held a vigil at the University of North Carolina-Greensboro that was shown on the news. People are interested to learn more about what's happening. With a group of Iraqi activists, we planned more than 24 rallies around the U.S., the biggest one was in Washington, D.C., in front of the White House.

However, we needed more action from the government and from people who can actually change what's happening on the ground in Iraq. We didn't see much of that pressure from the American government on the Iraqi government to at least stop the bloodshed in Iraq. 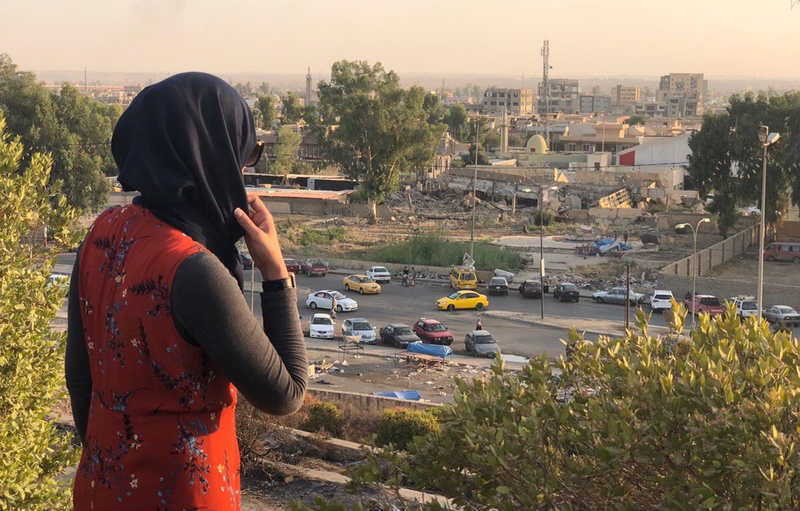 What gives you hope for your home country?

I'm a person who has always believed in education. We can use it to impact the world positively to make it a better place to live. I know that those protesters in Tahrir Square -- the site of the main protests -- are very persistent. A lot of them are young men and women who are very insistent this time that they want to just have a safe home for themselves. My hope is hanging there with them, because I know that those young people are capable of making that change in this revolution. 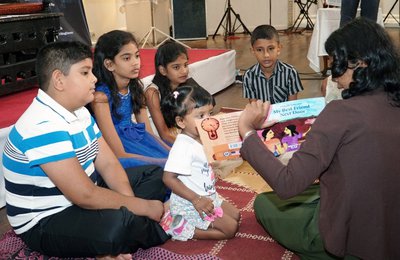