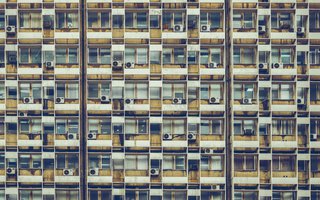 This article was updated following the elections on 20th May.

Now that the elections are over, I reiterate that we could have done much better. We, as civil society, peacebuilding and revolutionary communities. The very few who succeeded to unite, putting aside egocentrism and personal interests, were able to defeat old feudal and well-established parties. One example is environmental peacebuilder Najat Aoun Saliba, a world acclaimed atmospheric chemist, who spoke to me previously about constructive resistance that goes beyond demonstrations and rallies, and mobilizes the masses and empowers them through knowledge, transformative change and justice. After her win she told me that the big numbers of voters who chose her are a testament for constructive resistance and an embodiment of it.

Another is very symbolic. Firas Hamdan is a lawyer and human rights activist. Like thousands of people, including myself, he took to the streets during the October 17th Revolution. He was shot by militias affiliated to the Parliament at a massive protest in the aftermath of the deadly Beirut blast and miraculously survived. Ironically, his shooter who was never questioned, will have to open the way for him from now on and should be tried. Karma at its best! Firas, the youngest deputy in the new Parliament, embodies determination and gives us hope in our pursuit of justice. On the other hand, ministers obstructing justice for the deadly explosion didn't lose their legislative seats.

Furthermore, the candidate who declined to apologize for calling to exterminate Syrian refugees made it to the Parliament, and so did the one who said that dictatorship is our salvation. That's a win I refuse to celebrate, unlike many friends and colleagues, simple because she took part in the Revolution. But so did Firas, myself and thousands more, facing attacks of tear gas and rubber bullets. She doesn't represent me as a citizen. Racism is never justified.

The growing crackdown on freedom of expression in Lebanon continues, alongside activists being summoned to military courts. Ministers obstructing justice for the deadly Beirut blast of August 4th 2020 are shamelessly running for the upcoming elections on May 15th, as well as corrupt bankers partly responsible for the tragic economic collapse impoverishing most of the population. Worse yet, the opposition, including peacebuilders, have failed to unite.

I changed my approach for this piece several times as I followed the disappointing performance of many candidates. I reached out to them for interviews, but then decided not to follow up because I was so frustrated.

One brushed off complaints of sexual assaults conducted by a co-worker. Another, who had been on the forefront of the October 17th revolution, aligned with a controversial politician believed to have made a fortune on arms dealing. There are so many examples I could share. Some candidates who presented themselves as liberals expelled a qualified engineer from their list (a requirement in the Lebanese electoral system to demonstrate a list of candidates’ allies) for reasons unrelated to her merits or political beliefs. The engineer in question's daughter is a vocal member of the LGBTQ+ community and they wanted to appeal to conservative voters.

Another candidate declined to apologize for an old tweet where she suggested exterminating Syrian refugees. A leader of a party that emerged after the revolution said dictatorship is our salvation!

For journalists covering Lebanon from the comfort of their desks in Europe or the US, these elections could seem like a breakthrough. There is an unprecedented number of women candidates and lists affiliated to the opposition and civil society activists including peacebuilders. Well, much ado about nothing. Many female candidates from all over the political spectrum, were bullied over their age, looks and marital status. In an electoral poster, a male candidate rests his hand on a colleague’s leg! I am furious that she accepted a position that encourages harassment and undermines the struggle of generations of feminist peacebuilders to defy the treatment of women as objects in the patriarchal political system. Some parties tend to have a few female candidates to present a liberal image, yet they marginalize and ridicule women's causes in Parliament. Others with religious portfolios, such as Hezbollah and hardliner Sunni groups, don't even nominate females.

For journalists covering Lebanon from the comfort of their desks in Europe or the US, these elections could seem like a breakthrough

The financial requirements for registering and launching campaigns are high; a burden imposed to deny independent candidates equal access to the electoral process. An activist told me she didn't have enough funds to run, and accepting donations would make her indebted to the agendas of those offering her money. .

Furthermore, the elections exposed the egocentrism of many candidates. Opposition groups – an umbrella of old parties that embraced the 2019 uprising, as well as civil society actors and new entities emerging in the aftermath of the revolution and the blast – are competing against each other in most districts! Except for a few, the options to change the status quo and bring about greater equality are dispersed and divided.

On the other hand, the ruling establishment – a coalition of modern day feudalism made up of warlords and financial mafias – is solid and coherent. Despite their differences, they are united to maintain their grip on whatever is left of the economy and to defend their self-imposed impunity. Believe it or not, some family names in Lebanese politics never change; with almost a quarter of seats being inherited from an older relative. Other politicians are business tycoons, including current Prime Minister Najib Mikati, whereas their voters are among the poorest in the country.

A few weeks ago a taxi driver told me he planned to vote for the politician I mentioned earlier, believed to be a former arms dealer. The driver admitted receiving food vouchers of 750,000 Lira (Currently less than 30 Dollars, but it used to be the equivalent of 500 Dollars before the economic collapse). from his campaign. Why not vote for independent candidates and peacebuilders? "They are westernized and elitists", he answered, "they don't care about poor people like me". He felt closer to a controversial billionaire than ordinary people seeking change, reform and accountability; and it wasn't only about the food vouchers, a bribery camouflaged as a "Ramadan gift". Ironically, working closely with the peacebuilding community, I know many peacebuilders are as ‘poor’ as him. However, there is a huge communication gap between them and their target audience, some of whom assume peacebuilders only write reports to foreigners and work for embassies. These misconceptions should be addressed with grassroots interaction to establish trust and credibility. 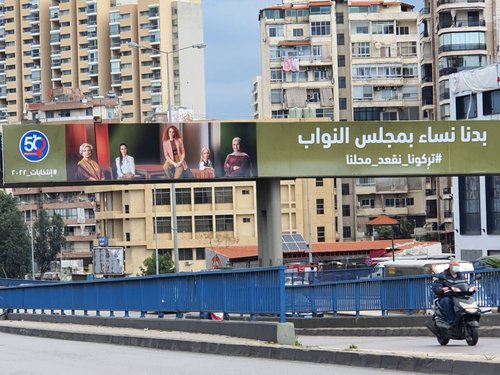 Is it too late?

As things are now, I don't anticipate a major shake-up of the status quo. I don't have to wait till May 16th to say that we failed. We could have done much better, we as civil society, peacebuilding and revolutionary communities. We had too much at stake: our savings trapped at the banks; our right to live in a state of  law and equality; our fight for accountability and justice for the disappeared of the civil war, the victims of the Beirut explosion and our friends targeted by political assassinations.

However, this is not the end, not yet. No matter how thick and suffocating the glass ceiling is, I won’t end on a pessimistic note. There are some lessons to be learned, even from the corrupt ruling stakeholders who were able to put aside their differences.

No matter how thick and suffocating the glass ceiling is, I won’t end on a pessimistic note

The work to find common ground should start immediately: Forces for change, including peacebuilders and the opposition, should join hands to unite against the social and political challenges ahead. Strategic planning is needed to appeal to those who are still unwilling to detach themselves from politicians offering coupons, like that taxi driver. Humility is required to understand them and hear their concerns. As the municipal elections were illegally postponed by a year until May 2023, a second chance to unite and fight back is still here. Well, only if the performance of the opposition changes after an honest and profound period of self-reflection. Could it be?