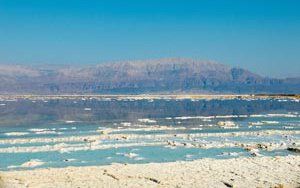 Israel and Jordan share access to the Dead Sea. Although tricky to implement, joint water projects show how resource scarcity can lead to cooperation, not conflict. Image credit: Anthony Jauneaud.

Water has long been a potent issue in the Middle East, nowhere more so than the Levant. Experts reckon that the region stopped having enough water for its needs in the 1970s. And the situation has deteriorated since then, thanks to population growth and climate change. But the region has nevertheless demonstrated resilience – and the predicted conflicts over water resources have not materialised.

One of the most water-stressed countries in the region, Jordan is constrained by its physical characteristics and geographical position. It faces most of the freshwater challenges common to the Middle East, with its water supply dependent on groundwater aquifers and surface flow across the Jordan River Basin, which crosses contentious political borders.

The country is therefore vulnerable to both the natural threats of climate change and drought, and the political ones of water management, including transboundary competition and regional instability.

Jordan has a serious imbalance between its water needs and water resources
For decades, the perception of water security in Jordan was constructed through political discourse. But in the turn of the 21st century, the Jordanian government clearly identified water sustainability as a matter of national interest. Water scarcity in the country is a risk not only for human needs and expectations, but also for economic growth, political stability and national security.

The country has a serious imbalance between its water needs and water resources. With considerable demographic growth in the last century, efforts to improve food security were at the top of the government’s agenda for many years. This contributed to a large expansion in Jordan’s agricultural sector, which consequently became the dominant sector in water consumption, subordinating other needs such as domestic water use.

In 2008, the available water per person was around 145 cubic meters (CM), well below the UN’s absolute water scarcity line of 500 CM; the majority of Jordan’s urban population receives only 12 hours of piped fresh water per week. Water demand has also increased as a result of the influx of hundreds of thousands of refugees from around the region, including from Palestine, Kuwait, Iraq and the current conflict in Syria.

Cooperation or conflict? Water at the heart of regional stability

Water is a key strategic natural resource. And it could be expected that with scarce access to fresh water across the Jordan River Basin, there could be a large potential for conflict. But in reality, there is evidence of significant cooperation.

Indeed, water issues are at the heart of Jordan’s formal relations with neighbouring countries. For example, the 1994 Jordan-Israel peace agreement contains a water sharing agreement, determining that Jordan should receive 50 million cubic meters (MCM) per year from Israel. Nevertheless, water problems have always been subordinated to symbolic and territorial matters, such as peace and the definition of borders. The fact that there have been problems in its implementation only highlights to what extent water issues have been disregarded when dealing with regional instability.

Jordan and Israel also recently signed a $900 million agreement on the Red Sea-Dead Sea project, sponsored by the World Bank. The project aims to build a desalination plant and a pipeline linking the two bodies of water. The agreement contains provisions for Israel to release 50 MCM more water from the Sea of Galilee beyond the values stipulated in the 1994 agreement. It should be noted that despite of the potential of the high-level agreement, it has already encountered political and environmental criticism.

Peacebuilding organisations have launched programmes in the region, ensuring local community engagement in finding solutions for water problems. This may play a role in building a sustainable peace across the greater Middle East, through the creation of bonds of cooperation and facilitation of cross-border development.

A significant example of local efforts towards environmental peacebuilding is that of the EcoPeace Middle East movement, which brings together Israeli, Palestinian and Jordan environmental activists. The organisation focuses its work on promoting cooperation and sustainable regional development as a route to peace in the region.

Despite these efforts, there is still a lot to be done in order to secure Jordan’s water sustainability. Its ability to secure its water supply depends not only on local engagement and national water policy reforms, but also on external factors, including regional instability and conflict. But these elements are connected. Focusing on peacebuilding and the environment could make a contribution to reducing regional tension over a vital resource to everyone.

[more_info_box] Peace Direct is currently researching a complete section on peacebuilding in Jordan, including updates and profiles of local organisations working in the country. Please check back soon to find out more. 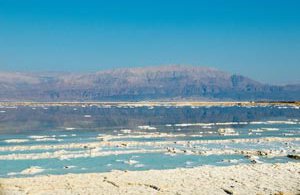