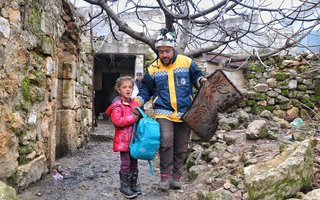 Since April 26th, the Assad regime along with its ally Russia launched a brutal military campaign against civilians in northwest Syria, which includes the city of Idlib and its surrounding areas, as well as Aleppo and the Hama countryside. The campaign included the use of weapons prohibited by international law, such as barrel bombs, cluster munitions and indiscriminate artillery shelling.

According to the Syrian Civil Defense, in 2019, at least 1830 civilians were killed in northwest Syria, including 450 children. Tens of hospitals and vital facilities, which provided lifesaving services to 3 million civilians in the province, were targeted and bombed out of service. Hundreds of thousands were forced to flee their homes to the already overwhelmed IDP camps. Thousands of families took shelter in open farms, lacking access to basic services like the provision of food, clean water and healthcare.

“They’re killing us with all kinds of weapons, the scenes of non-stop bombing, the continuous displacement, people camping under trees are indescribable. We’re trapped with nowhere to go."

“They’re killing us with all kinds of weapons, the scenes of non-stop bombing, the continuous displacement, people camping under trees are indescribable. We’re trapped with nowhere to go,'' said Hanin, a media activist from Idlib.

On October 6th, President Trump announced that US troops based in the country were to withdraw from northeastern Syria, where the US has been supporting the Kurdish-led Syrian Democratic Forces (SDF) in their fight against ISIS since 2015. This withdrawal paved the way for Turkey to launch its long threatened military operation to attack Kurdish militias, who are seen as terrorist groups by the Turkish government, and to create a 30 kilometer deep “safe zone” along the Turkish border where some of the 3.6 million Syrian refugees in Turkey would resettle.

Less than 24 hours after the announcement, Russia brokered a deal with the SDF to hand over control of the region to the Assad regime in exchange for protection. Russian troops already started taking control of abandoned US bases as well as the Qamishli international airport. The regime, regaining control of the region, set alarm bells that civilians in the northeast - Arabs, Kurds, Assyrians and Chaldeans - will be at risk of arbitrary arrest and forced conscription into the military, as well as endure other human rights abuses particularly against journalists, activists and humanitarian workers.

The Turkish offensive, “Operation Peace Spring”, was launched on October 9th, backed by the National Army (opposition troops backed by Turkey), where Turkish air forces launched airstrikes on towns by the borders. The offensive resulted in displacing more than 300,000 civilians who fled their homes in border towns, and the killing of more than 70 civilians. 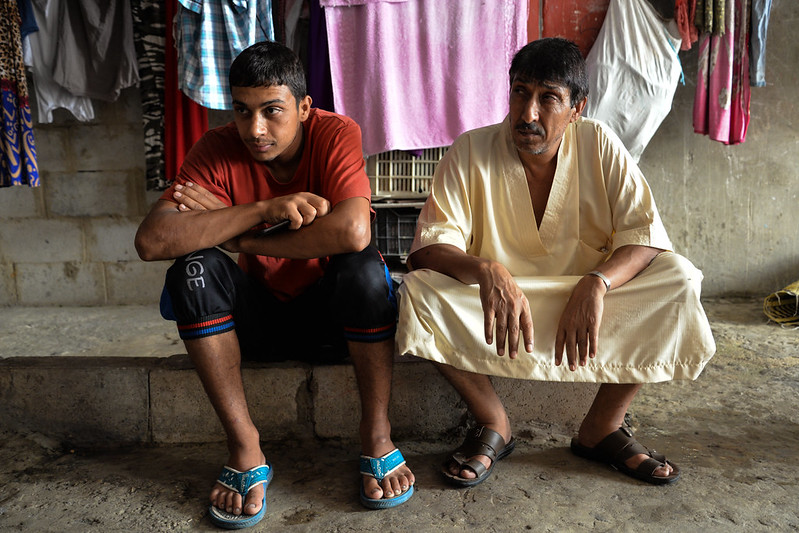 “Before 2011, you could be arrested by the Syrian regime for carrying a book in Kurdish, which made sure to marginalise the Kurds in Syria,'' said Abbas Mousa, a journalist and a bookstore owner from Qamishli who had to close his bookstore fearing the regime would soon gain control of his city. Mousa added, “Our books, which are mostly in the Kurdish language and some which are secular, will not be allowed by regime or by the Turkish backed opposition forces, so we had to put around 10,000 books in boxes and wait with broken hearts. I fear of what is coming next.”

“It’s obvious that the international community doesn’t care about protecting civilians, and that we are left alone to face an uncertain and dark future.”

“Thousands of families fled their houses in towns close to the border. Even with the ceasefire, those families are still displaced and would never feel safe to return to their homes because they’ve seen what happened to Kurdish families in Afrin, when the Turkish backed troops kicked them out and took over their properties,'' said Roj, a humanitarian worker from Qamishli. “It’s obvious that the international community doesn’t care about protecting civilians, and that we are left alone to face an uncertain and dark future.”

“Everyone has the right to live safely in their own land. We want a free and safe Syria for all Syrians.”

Hanin, a media activist in Idlib, stated, “It’s clear to us that the conflict in northeastern Syria is international (a proxy war) where Turkey wants to fight the YPG (the military arm of the SDF), and Russia wants to take control to defeat the US with zero care to protecting civilians. As a Syrian who is living under the deadly bombing in Idlib, I oppose any kind of atrocities against my Syrian brothers and sisters, no matter who or where they are, Kurds or Arabs, West or East, because I share in their suffering. Everyone has the right to live safely in their own land. We want a free and safe Syria for all Syrians.”

Civilians in both northwestern and northeastern Syria have clearly been abandoned and left to their uncertain fate. And after eight years of war that has torn the country apart and drove millions to flee to nearby countries, world leaders have failed and are still failing to put an end to the suffering of the Syrian people.

Human rights Refugees and IDPs Atrocity prevention
Disclaimer: The views expressed in this article are those of the author and do not represent the views or position of Peace Direct.