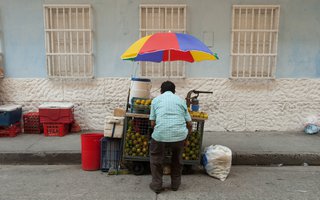 On 8 January, our country received the sad news from the United States (U.S.) that the Department of Homeland Security is terminating the Temporary Protected Status (TPS) designation for El Salvador. This directly affects nearly 200,000 Salvadorans living under TPS in the U.S.

The Trump administration has offered them a grace period of 18 months; those living in the U.S. must return to El Salvador by September 2019 or face deportation. TPS was originally granted to our country following a set of devastating earthquakes in 2001.

The status had subsequently been renewed under prior administrations, citing issues such as poverty, gang violence, and drought, among other reasons for keeping the protections in place. Salvadorans represent the largest group of immigrants under TPS in the U.S. and reside, in great part, in California and Texas.

The drivers of immigration

What drives Salvadorans to leave our country for the U.S.? It is clear that our country faces many challenges, all of which serve to push our brothers and sisters to the U.S. In San Isidro (region of Cabañas), where we work, approximately 1/3 of residents are in the U.S. In San Isidro and across the country, our reality includes violence, crime, poverty, and lack of employment opportunities, to name a few. These challenges have not been “fixed” since 2001 when TPS was initially granted due to the earthquakes.

The New York Times recently wrote: “El Salvador has rebuilt since the earthquakes. But the violence — San Salvador, the capital, is considered one of the most dangerous cities on Earth — has inhibited investment and job creation, and prompted tens of thousands to flee. The country’s economy experienced the slowest growth of any in Central America in 2016.”

Addressing the violence and unemployment is our everyday work as a community-based peace and development organization. With our community we are working towards positive change. However we see evidence of our country’s complicated historical and economic reality in the emigration of approximately 200-300 people daily from the country, most of them looking for the “American Dream”.

The cancellation of TPS, and the implementation of President Trump’s migration policy pose immediate, medium, and long-term risks to Salvadoran families, the economic stability of our country, and peace. The national government and the municipalities of El Salvador have little economic capacity, or land, to offer the Salvadorans at risk of deportation from the U.S. This is what the Mayor of San Salvador said in reaction to the termination of TPS: "This is really bad news for our country. Our country doesn't create opportunities for the Salvadorans who live here. Imagine what we're going to do with 200,000 more coming in."

According to our Central Reserve Bank, remittances are the principal engine of growth of the gross domestic product (GDP) in our country and also an important source of foreign currency entries, far exceeding the amount of foreign direct investment. Salvadorans in the U.S. remit a dollar amount equivalent to 2% of the GDP of El Salvador. Two percent is a big amount when you realize our country's GDP has only been growing at about two percent a year over the last several years!

In San Isidro, where we work, the large majority of citizens eligible to work are unemployed. The growing quantity of remittances sent back to El Salvador by Salvadorans in the U.S. sustain and support families here. What will happen when our brothers and sisters return from the U.S. and there are even more of us unemployed?

The massive deportation of young Salvadorans will likely deepen the violent context our country already finds itself in. Our national government and municipalities will not be able to absorb this many young people into the work force or education system. They will be without a focus and perhaps be perceived to have money since they are coming from having lived in the U.S. These circumstances will make the returnees vulnerable to extortion and recruitment by the gangs and puts them at risk.

What should be done

It is clear to us here, and to those Salvadorans in the U.S., that changing the reality in El Salvador will take more than the 18-month grace period that the U.S. government has provided. So, within these 18 months, Salvadorans must assume an assertive and proactive attitude to challenge the TPS decision and reduce the impact of possible deportations. Consider the following possible actions:

This all may seem abstract, but in San Isidro, every family has connections to people who in the U.S. will be impacted by the termination of TPS. The story of Frank Serrano, who went to the U.S. in 2000 as a 20-year-old is just one example. Frank has held different jobs throughout his time in the U.S. and has most consistently worked for a transportation company which has allowed him to progress and provide financial support for his mother in the U.S. and his grandmother in El Salvador. He depended on TPS because El Salvador was not a place he could live, nor return to.

If by September 2019 Frank is not able to secure permanent residency then he will return to El Salvador where there are few employment opportunities for him. He has lived in the U.S. for the last 18 years, investing his youth and energy there, paid taxes and contributed to the U.S. economy.

If Frank returns here he will not have health insurance nor a secure pension when he needs it. He will encounter a country of unemployment, few opportunities, and much violence. There is nothing for him here in San Isidro, where our economy totally depends on remittances.

Hector Barrios Hector Barrios is the Coordinator of Movimiento Unificado Francisco Sánchez 1932 (MUFRAS-32) in El Salvador. MUFRAS-32 is a community based organization in San Isidro, El Salvador working to strengthen peace and development in their community. Since 2017, MUFRAS-32 has been collaborating with the Purdue Peace Project.
Read more from Hector Barrios

Development Human rights Governance
Disclaimer: The views expressed in this article are those of the author and do not represent the views or position of Peace Direct. 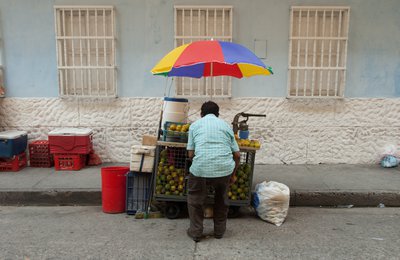