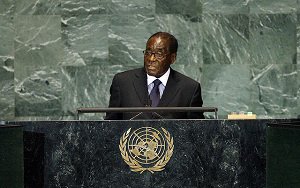 We are pleased to introduce our new local correspondent for Zimbabwe: Edward Chinhanhu. A peace activist and fellow at the Institute for Justice and Reconciliation in Cape Town, Edward has an MA in Peace and Governance, and also studied for a postgraduate diploma in governance and public policy in the Hague.

Edward has been hard at work for us conducting research on a country which has seen significant social and political change.

Recurrent historical raids between Shona and Ndebele people left divisions which still impact upon politics today. During the colonial period, conflict was mostly between settlers and the African national movements which developed in opposition. And since the war for Zimbabwean independence in the 1970s, power has been hotly contested between the government and opposition groups.

The legacy of these and other issues has led to a variety of issues faced by Zimbabweans today. Edward has identified and profiled 19 local civil society organisations working to address them - and specifically peacebuilding issues - in Zimbabwe, which is the 33rd region we cover and a section we are very much looking forward to developing.

The groups include the Zimbabwe Organisation for the Youth in Politics, which works with young people at risk of being bribed into committing crimes for political gain.

Then there is the Civic Education Trust, which works with community volunteers and peace committees to organise local peace initiatives

ZLHR is an organisation composed of lawyers who strive to create a just and democratic society
One of the most visible groups we feature is Zimbabwe Lawyers for Human Rights, which is committed to protecting human right and supporting the rule of law.

And finally, it would be remiss not to mention Envision, one of Peace Direct's own partner projects. Envision works with women in particular, focusing on grassroots as well as national level engagement, to bring diverse groups together for peace and development initiatives.

We are delighted to promote the work of such an exciting range of organisations. Please continue to check back for further analysis and debate of peacebuilding issues in Zimbabwe. 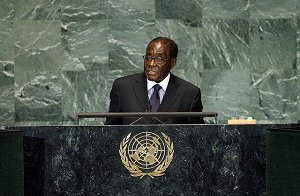