ABAAD– Resource Center for Gender Equality is a UN ECOSOC accredited organization that aims to achieve gender equality as an essential condition to sustainable social and economic development in the MENA region.

The dynamic team is comprised of dedicated activists, lawyers, consultants, social workers and researches, who creatively test new approaches as part of a larger effort to achieve an equitable society, free of hegemonic masculinities and violence against women.

As a leading actor on gender equality in the region, ABAAD is perceived as a reliable reference and partner by the local, regional and international entities that promote gender equality, peacebuilding and sustainable development.

ABAAD advocates for the development and implementation of policies and laws that enhance women’s effective participation, through a rights-based approach that would bring about tangible change to gender justice. With the purpose of ending gender-based violence, ABAAD adopts a holistic care approach to provide protection and support services to GBV survivors/right holders during times of peace, war and disasters. As a leading agency on gender equality in the MENA region, ABAAD also seeks to support and build the capacities of local, regional and international entities that are working on protection programmes, case management, sexual and reproductive health and rights (SRHR), mental health and psychosocial support and sexualities. Through its pioneer ‘’Masculinities’’ programme, ABAAD effectively engages men in working towards achieving an equitable society, free of hegemonic masculinities and violence against women.

ABAAD envisions a world in which

Since its establishment, ABAAD’s Men Center (MC) has been engaging men and providing support at the individual, family, couples and community level, with the aim of promoting non-violent behavior and reinforcing positive familial and social relationships. The ABAAD MC Mental Health team, through unconditional positive regard and dialogue, aids beneficiaries to dispel singular and patriarchal notions of Masculinity and commit to healthy, non-violent and gender equitable Masculinities upon which they can model their lives. The MC promotes human rights, gender equality and non-violent behaviors and works towards informing national action plans and policies.

Al Dar, ABAAD’s emergency safe shelters are free and safe temporary houses for women at risk or survivors of GBV, including single and married women, their children, as well as adolescent girls.

ABAAD operates Eight Model Centres throughout Lebanon, which are based at the Social Development Centres of the Lebanese Ministry of Social Affairs. The Women and Girls Safe Spaces provide a safe, non-stigmatising environment for women and girl survivors of GBV and their children to receive comprehensive holistic care services including:

The safe spaces have been selected in a manner that ensures wide geographical coverage, to facilitate the reach of women in different areas of Lebanon.

“Jina Al-Dar” is a bus touring the most marginalized areas, towns and villages in Lebanon, with a specialized team that provides services aiming to prevent and reduce all forms of violence against women and girls. The overall goal of ''Jina Al-Dar'' is to improve protection prospects for both refugees and host communities not only by providing life-saving services, but also empowering right holders to exercise their rights, gain full agency and fulfill their potentials as full and equal members of society.

These towns and villages are highly affected by the lack of public services, hampering the populations’ access to education, health and legal services. In order to mitigate the adverse effects of marginalization and exclusion and promote gender equality, non-violence, social cohesion and stability, the “Jina Al-Dar” project’s services include:

Selected as one of 50 top-ranked solutions by the Sustainable Development Solutions Network 2019 and featured in SDSN Youth’s 2019 Youth Solutions Report. 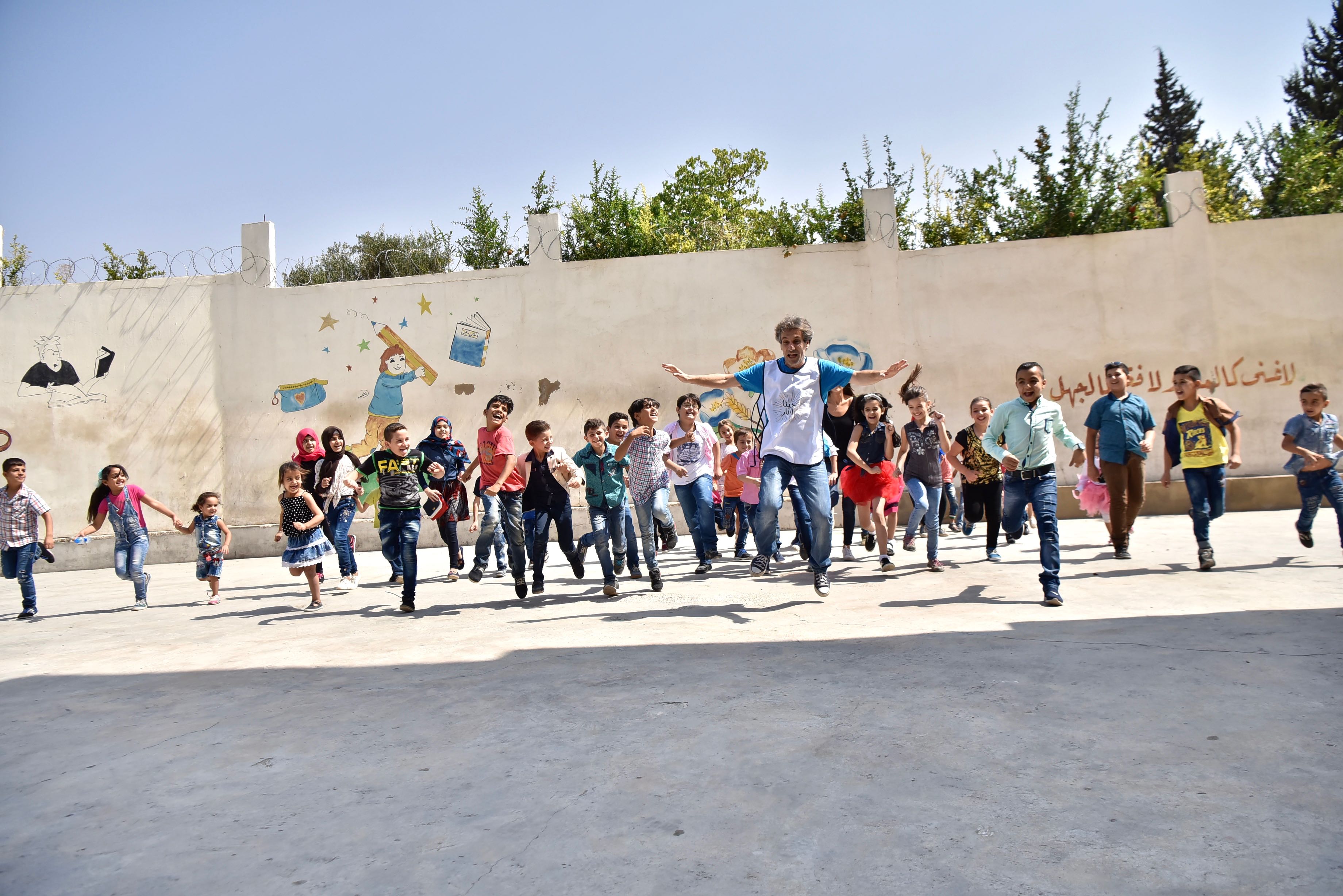 ABAAD believes that addressing GBV and promoting gender equality require the comprehensive and coordinated efforts of a number of actors, primarily governmental and non-governmental organisations. Having had a core role within local and international working groups and taskforces since its establishment, ABAAD has been proactively engaged in fostering policy dialogue and development to address GBV and VAW, implementing its strategies, including ‘policy development’, all around Lebanon

“A White Dress Does Not Cover the Rape” #Undress_522 Campaign

In August 2017, lawmakers in Lebanon made international headlines when they repealed Article 522 of the Lebanese Penal Code. The provision, denounced by women’s rights organisations for many years, allowed rapists to avoid prosecution if they married their victims. Behind this effort is ABAAD, who spearheaded #Undress522. Launched in early 2016, the campaign eventually led to the repeal of the law.

On the occasion of the 16 Days of Activism against Gender-Based Violence 2017, ABAAD, The National Commission for Lebanese Women, and UN Women launched the #LifeForLife campaign. The latter aimed to amend Chapter 7 of the Lebanese Penal Code into a law that maximises prison sentences of perpetrators of incest rape. The campaign had a broad reach with 4.6 million people outreached nationally and regionally, both online and offline. It prompted debates and meetings with stakeholders, policy makers, and political leaders, which aimed at discussing potential ways of issuing policies, statements, and memos to ensure the protection of women and girls from all forms of violence, including:

On the occasion of the 16 Days of Activism against Gender-Based Violence 2018, ABAAD, with a support of a number of partners and allies, launched the “#ShameOnWho?” nationwide campaign, calling on citizens to unite and put pressure on government officials, by demanding increased punishment for perpetrators of rape and sexual violence, and to direct the blame on the perpetrator rather than the survivor. After months of preparation, ABAAD released the social experiment video, “Min el-Felten,” which aimed to capture the people’s real responses to rape. The social experiment shows that a large number of people are negligent and unaware of how to interact with a rape victim, choosing instead to accuse, blame and shame her. Hence the slogan; Judge the Rapist. Not the Victim 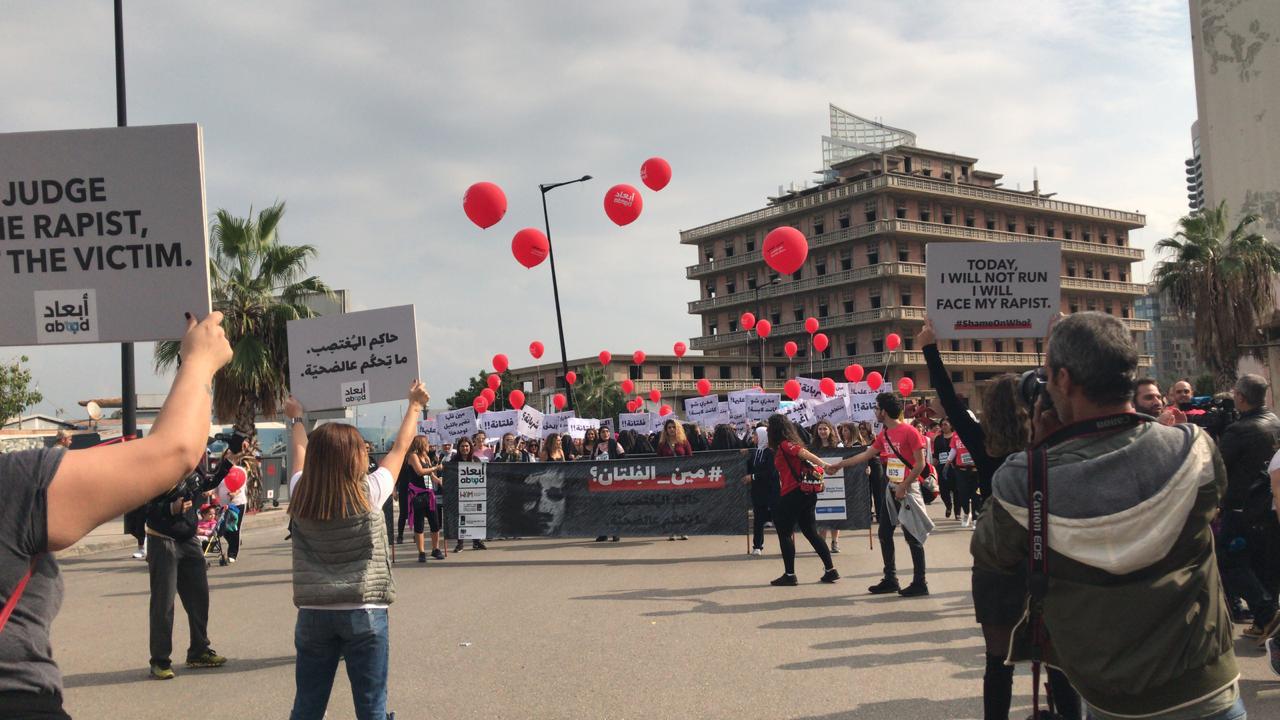 ABAAD also used street art depicting the faces of alleged rapists as described by their victims, to change Lebanese attitudes to rape. The images went up on walls of buildings around Beirut and some also featured voice boxed with oral testimony from the victims.

Moreover, ABAAD put on the play entitled “Shame on who?” which allows the audience to relive stories of rape survivors through recordings of the women’s voices ringing out, as the audience moves from room to room in a house in Beirut (Reuters article)

ABAAD was awarded ''Best Message'' for the stunt performed at the Beirut International Marathon, where women and activists decided not to ‘’run’’ but instead break the silence and face rapists and all social justifications that defend his act.

Beirut, Furn El Chebbak, Boustani Street, Najjar Building, Ground Floor.
Is there an error on this profile? Email hello@peaceinsight.org to let us know.
Latest from Lebanon →