Act for the Disappeared (ACT) is a Lebanese human rights association founded in 2010. Its mission is to contribute to the clarification …

Act for the Disappeared (ACT) is a Lebanese human rights association founded in 2010. Its mission is to contribute to the clarification of the fate of the disappeared and missing during the civil war, foster a reconciliation process and prevent new violence in the country.

ACT works on increasing knowledge about the cause of the disappeared among the youth who did not witness the war by engaging them in activities including an inter-generational oral history project about the war which reframes the public discussion by highlighting the humanitarian aspects of the cause. In this project, the youth listen to the voices of the survivors and collect their testimonies. This memory work gives a place to different narratives of the war and contributes to developing better acceptance of fellow citizens.

Since 2017, ACT has worked in partnership with the International Committee of the Red Cross (ICRC) to provide the families of disappeared with a supporting network and a holistic and wide-ranging assistance. The Accompaniment Project secures support and empowerment of the families in their quest to know the fate of their loved ones. It includes home visits, information meetings and psycho-social group sessions as well as activities like the "Empty Chairs, Waiting Families" project where relatives design and paint a chair in remembrance of the missing. 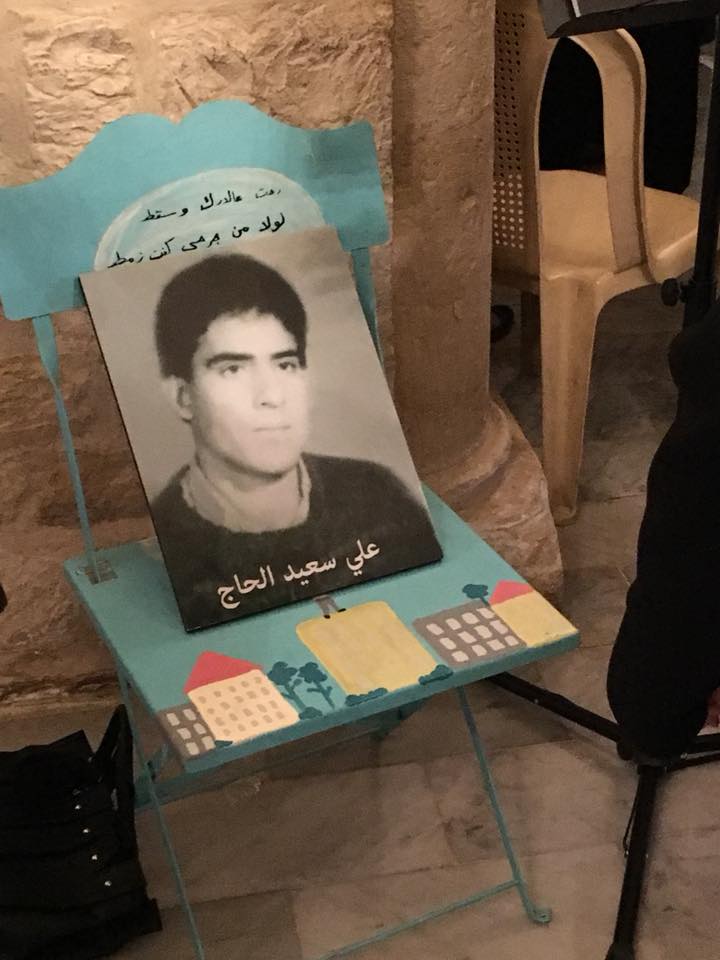 On the ground investigations

With the passing of days, more information on the fate of the disappeared vanishes. As the first-hand witnesses grow older and pass away before communicating what they know, ACT calls on the authorities to complete the DNA bank.

Facing the urgent need to preserve information that contributes to clarifying the fate of the missing, ACT gathered testimonies from victims, witnesses and former combatants. It is a preparatory work to be presented to any future national investigative commission on the missing and disappeared.

In fact, ACT has been working since 2010 with the Committee of the Families of the Kidnapped and Disappeared in Lebanon (known as "the Committee") to lobby for the creation of such a national commission.

The association also used the testimonies it has been collecting to locate sites of potential mass graves so they can be protected from destruction; thus, ensuring the remains of the victims could be exhumed and identified in the future. This documentation project is implemented in coordination with the ICRC and "the Committee".

As new construction sites rise on the ruins of suspected mass graves, ACT follows any leads and has received numerous accounts of human remains at these spots that were accidentally found and destroyed. The organization also has evidence of other mass graves and lobbies for the protection of the sites from destruction and manipulation.

Its research led it to acknowledge that publishing the stories and memories of the war is essential, not only for the families of the missing, but for those who have not yet healed from the trauma as well.

ACT makes available to the public part of the information collected via an online memorial that displays the stories of the disappeared www.fushatamal.org ("Space for hope" in Arabic). 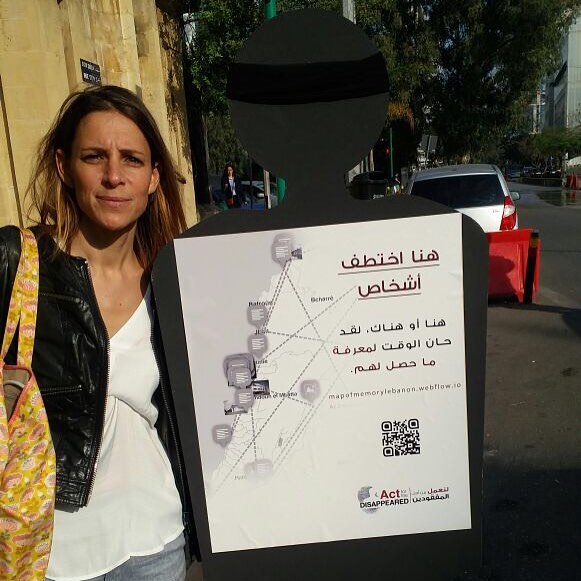 On May 6th 2018, the country held its first Parliamentary elections in nine years. "The list of disappeared in all Lebanon" campaign was launched by families calling on candidates to prioritize their cause. Ironically, many of the missing, especially those who were kidnapped at young age, had their names among voter lists. The campaign was a means to pressure politicians and to remind the public of the just cause.

On the 43rd anniversary of the war on April 13th 2018, ACT installed three-dimensional figures representing the disappeared in 35 different places in Beirut and the suburbs where they were kidnapped. The objective was not to stigmatize the areas because of violent acts committed there, but to move beyond the differences and cooperate in searching for the truth.

For the duration of the campaign that lasted for weeks, a bus toured Beirut and its suburbs, with the following message: "In order to turn the page of the war, heal its wounds, let us contribute to unfolding the truth". The bus was not a random transportation means, but a recall of how the war started in 1975, by an attack on a bus that sparked a series of retaliations. Citizens were invited to embark and check out a map showing memorials and places related to the war, as well as information and testimonies.

Throughout the year, ACT works on generating greater public visibility for the cause through the preparation and dissemination of informational materials, including TV spots, animation films, posters, and various publications.

As a result of the hard work of ACT and "The Committee", the Lebanese Parliament passed on November 12th 2018 passed a law creating a commission to investigate the disappearances,  a significant victory in a battle families have been waging to unearth the fate of their loved ones. The commission will be made up of investigators, scientists to locate the disappeared – both those who are alive and the bodies of those who died – and inform their families about their fate. The commission will also be empowered to work with the judiciary and the Internal Security Forces to decide whether potential mass grave sites qualify to be legally protected from interference.  The commission is still not functional. 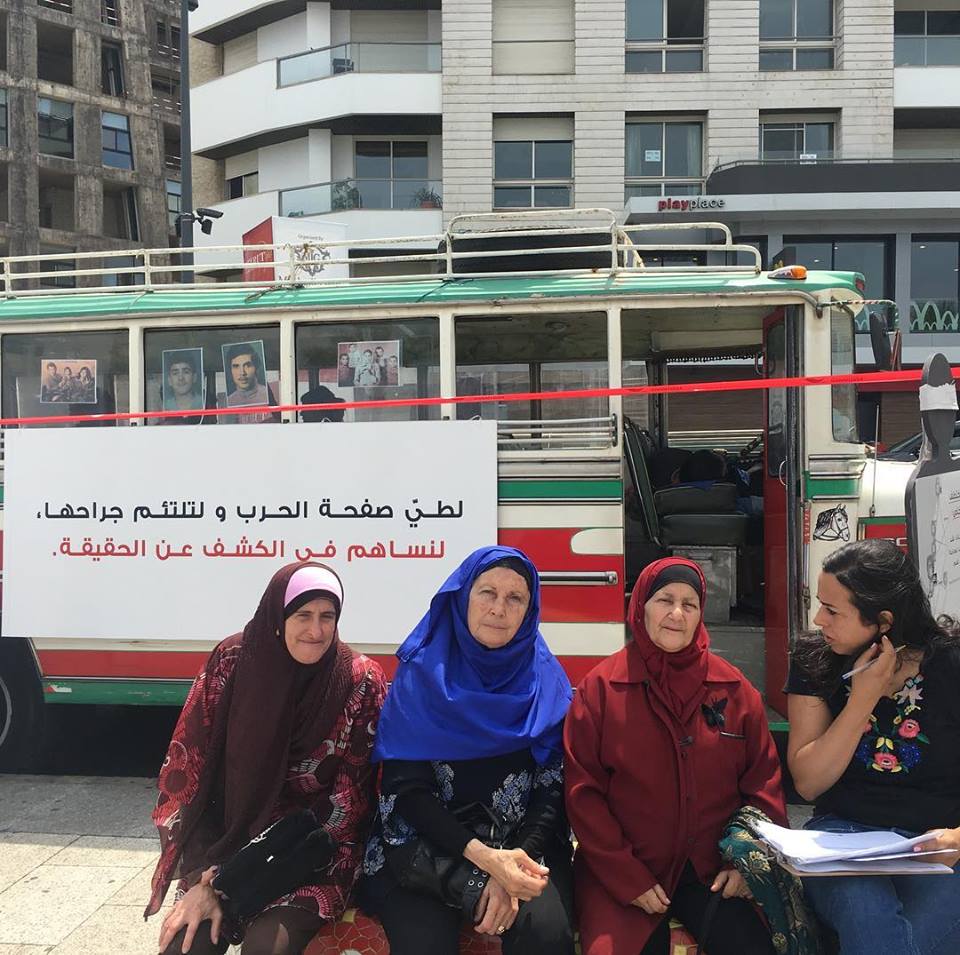 Mar Mikhael, Beirut
Is there an error on this profile? Email hello@peaceinsight.org to let us know.
Latest from Lebanon →