Established in November 2000, Fraternity Association is a non-profit organization independent of political parties and religious groups based in the Palestinian Burj El Barajneh camp in Beirut, the most crowded of the four camps in the Lebanese capital and its suburbs. 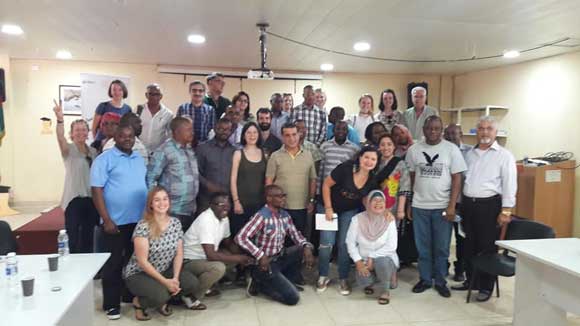 Its mission is to raise social and cultural awareness among children and youth from Palestinian communities, Syrian and Lebanese; and to promote peaceful coexistence, the values of peacebuilding and human rights; as well as the rejection of communal violence.

Because most of Palestinians refugees in Lebanon live in ghetto-like overcrowded and unorganized settlements with decadent infrastructure, Fraternity Association was established to address the social, economic, educational, environmental and legal obstacles facing them, in addition to security and rights issues. 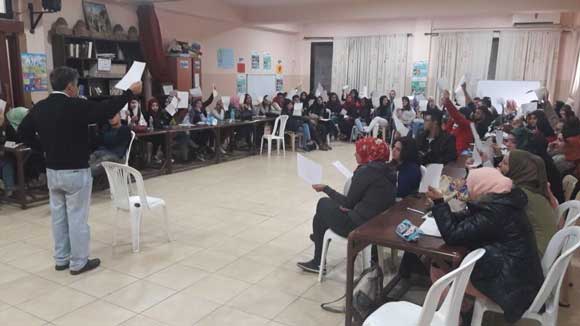 For instance, the Burj El Barajneh camp consists of poorly paved alleys in which outdated electricity lines are very close to water supplies. 48 persons at least died of electrical shocks in less than two decades, which is almost ten times the number of deceased in armed clashes in the area.

In addition, the water in the camp is unfit for human consumption with salinity as high as 65 percent in summer time. In only one square kilometer of size, 22000 Palestinians live in these harsh conditions, alongside an equal number of Syrians and Palestinians who fled their camps in Syria.

All those residents have one clinic operated by the UNRWA with two doctors only on board. The other small hospital is ill-equipped. The UNRWA's schools on the outskirts of the camp are overcrowded, which forces many youth to drop out and give up on education as a whole, making them vulnerable prey for armed groups and violent extremism.

Given this background, Fraternity Association decided to work with the marginalized youth, to empower them on all possible levels so they become active social leaders and peace preachers in their communities. Along with women in need, they receive psychological support and empowerment. In addition, the association wanted to preserve the Palestinian identity via culture, oral history and dialogue. 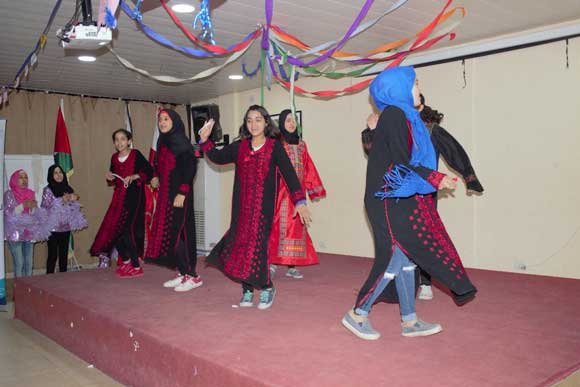 As Fraternity believes in democracy and rule of law, its board consists of five members elected by its general assembly for a four-year-mandate. And it is registered with the Lebanese Ministry of Interior under No. 171.

The first challenge to realize these ambitious goals was to find the decent physical environment to oporate in, a "civilized" space as the association's general manager Hassan Al-Mustafa puts it. The project started in a two room place with metal ceiling unfit to host children and youth. Nowadays the headquarters is a three storey-building, the most equipped in the whole neighborhood.

A pioneer project for having young democratic community leaders, in their thoughts and practice; the Youth Academy represents a crucial step in the Association's strategic plan. It aims to empower young male and females through capacity building to deal with challenges and crises. It is the result of in-depth consultation with specialists in adult learning, and the coordination with other local organizations. 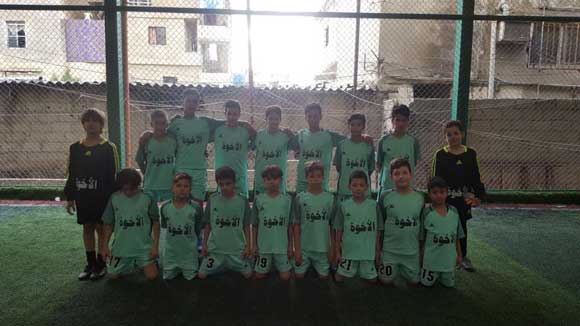 The target group is youth aged between 17 and 32 from different Palestinian camps and locations. Up till now, more than 400 persons benefited from the project, 15% are Syrians, 10% Palestinians who fled Syria, 5% Lebanese and the rest Palestinians in Lebanon. 65% of the beneficiaries are females.

The training, totally free as well as the transportation, lasts nine months covering six courses on leadership, team work, communication skills, emotional intelligence, anger management, conflict resolution techniques, critical thinking, body language and project management; in addition to awareness against terrorism, violent extremism, religious fundamentalism and misinterpretations, drug addiction and early forced marriages. The participating youth are encouraged to envision creative solutions to the social and security threats they face, including military recruitment inside the Palestinian camps. Many were able to find suitable jobs after successfully completing the courses, which enabled them to resist the financial temptations of armed recruits and help others follow their footsteps.

Fraternity Association stresses the importance of critical thinking, and thinking in general, to counter hate speech and violent extremism based on religious texts' manipulation, in line with democracy, secularism and a vision of tolerant inclusive Islam. The team hopes that the youth would practice their acquired skills to build peace and democracy one day back in their homeland Palestine.

Beirut- Burj Al Barajneh- Old Airport Road- Towards Amleye Institution and Tyr- El Buss Camp
Is there an error on this profile? Email hello@peaceinsight.org to let us know.
Latest from Lebanon →