Nuon hopes to establish, among others, a vibrant and diverse civil society inside Syria as well as in the refugee communities, practicing equal rights for all regardless of religion, ethnicity and gender.
Last updated: December 2019

Nuon is a non-profit non-governmental organization founded in 2012 by Lebanese and Syrian young men and women who joined hands out of their shared rejection of the ongoing war and divisions in Syria and their belief they could stop fellow civilians from falling into the vicious circle of violence that has led to a fracture in the fabric of Syrian society. 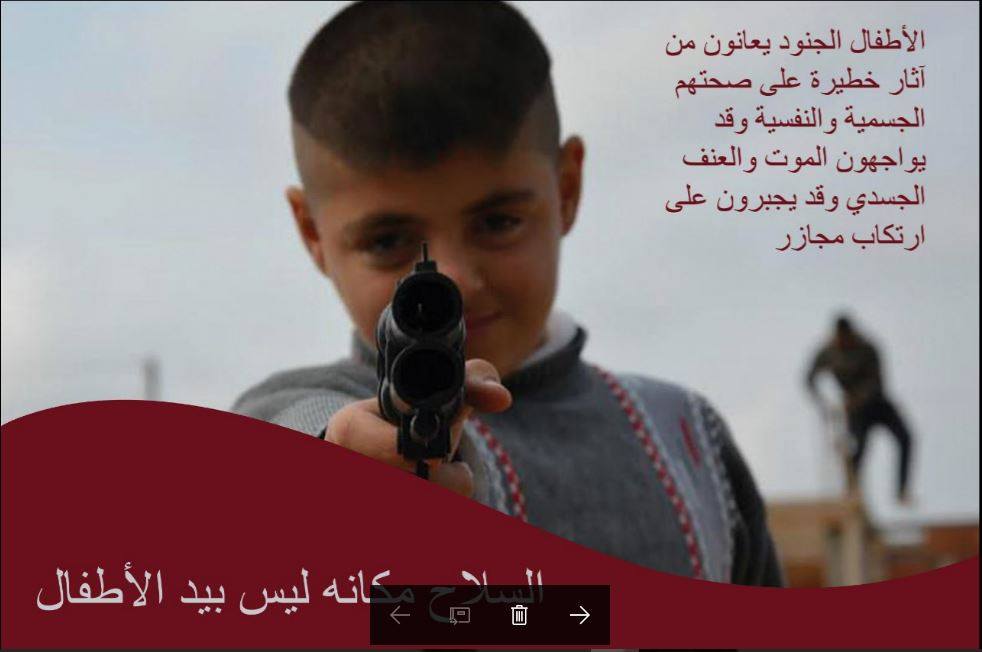 For these reasons, they decided to work together towards ending the war, bringing peace to the region, and building and reinforcing peace through the enhancement of human rights and a culture based in non-violence.

Nuon is the fourteenth letter in the Arabic Alphabet; and the name of the organization is an acronym of the motto in Arabic which translates to "towards an exemplary homeland". This is an ultimate goal that would be achieved by peacebuilding on all levels with a focus on the children, youth and women, believing in their role in leading positive change, instead of being driven towards violent extremism and armed conflict as young and child soldiers.

The organization hopes to establish, among others, a vibrant and diverse civil society inside Syria as well as in the refugee communities, practicing equal rights for all regardless of religion, ethnicity and gender. Shortly after its establishment, it organized training workshops in Beirut for Syrian youth on the principles of human rights, conflict resolution and international law, especially what is related to child soldiers. Hundred of activists have also been trained on documenting violations of human rights and writing reports in order to present that evidence to special rapporteurs and international tribunals one day, out of the belief in the necessity of transitional justice to counter revenge and hatred acts in Syria after the war and to establish a democratic inclusive state. 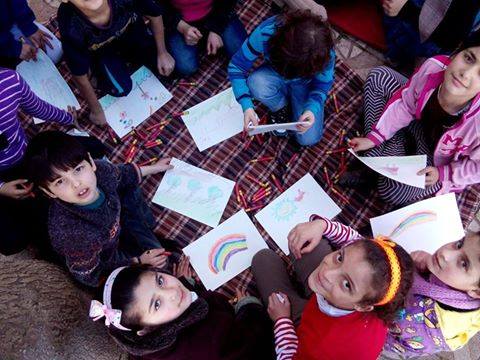 It also introduced campaigns to raise awareness against the spread of small arms among civilians inside Syria and the refugee communities; and cooperates constantly with Lebanese and fellow Syrian organizations on the matter.

Nuon works on ground as well in research. It has published reports on Syrian refugees in Lebanon. For example, one focused on the status of women refugees, many of whom became the sole bread winner of their families, despite lacking proper education and work experience, as a result of the absence of male figures who were fighting, missing or killed. Another studied some successful examples of providing education for the younger refugees, warning of serious consequences facing upcoming generations of Syrians, if denied proper education, on the future of Syria as well as the host communities in Lebanon.

Some 12 reports examined how refugees are living in informal camps, and their needs to education, legal protection and psychological support in Lebanon. They documented abuses and restrictions refugees face from some municipalities as well as in the informal work market. They also warned from growing symptoms of aggressiveness among some younger refugees who were tempted to become child soldiers. Programs were developed to enlighten parents how to deal with behavioral changes of their children as a result of the trauma of displacement; under the vision of the necessary focus on the Syrian youth, an easy prey to violent extremism, especially when denied the right to dignified life.  Thus the "Youth café for peace" was established. It is a gathering in Nuon's headquarters offering young Syrians an open space and safe haven to share their hopes and concerns, and discuss them with guests from the civil society sector, Lebanese and Syrians, who serve as possible mentors helping them become future leaders with critical thinking skills. The café welcomes Lebanese youth as well. It goes well with the Young Leaders program aimed to train youth on positive political and social engagement so they turn into a power of change towards democracy and peacebuilding in Syria and the Middle East. 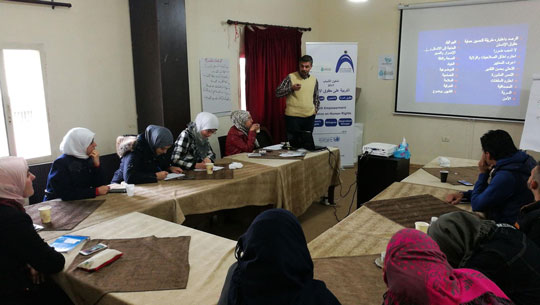 The organization, fully aware of the burdens the refugee crisis added to Lebanon, works to promote dialogue, non violence and peacebuilding. Syrian children, for instance, are encouraged to make friends with Lebanese counterparts. A peace program is designed for the young to learn more about each other and practice tolerance and acceptance. Drawings by Syrian refugee children, reflecting their dreams and vision for peace, were displayed in 2015 in Dallas in a fundraising event, as Nuon operates with little sums and keeps working despite financial deficits. Other exhibitions were organized in Germany in 2017 and France in 2018. Also Nuon organizes activities for children every year on World Peace Day so they value peace and practice it on ground.

Older Syrians are asked not to get involved in internal Lebanese disputes, or in any violent extremism activities related to different political stands between the Syrian regime supporters and its opponents. They are also trained to practice environmental friendly behaviors, despite the harshness of daily life, to preserve the scarce natural resources in the informal camps and their surroundings in the host communities. Women are empowered economically and trained on conflict resolution techniques as well.

The strategic plan of Nuon for 2019-2020 is to empower the youth and civil society inside Syria by organizing workshops in Damascus and wherever possible, despite the danger; while continuing to advocate for human rights of refugees in Lebanon and training activists on peacebuilding.  It is also leading the SyriaPPAC (Syria Partnership for Prevention of Armed Conflict), a coalition of 12 organizations advocating  peacebuilding inside Syria, inspired by Nuon's work with MENAPPPAC (MENA Partnership for Prevention of Armed Conflict).

Libanon –Aley -Soky building, 2nd floor
Is there an error on this profile? Email hello@peaceinsight.org to let us know.
Latest from Lebanon →