Safer World Foundation works to reduce violent conflict, minimizes the impact of violence on individuals and communities at large, as well as to build safer communities in Nigeria.

Safer World Foundation is a non-governmental and not for profit organization that works to reduce violent conflict, minimizes the impact of violence on individuals and communities at large, as well as to build safer communities. We in Safer World Foundation believe that to achieve lasting peace, people must actively get involved in providing alternatives to violence and have access to fair and effective means of addressing grievances and inequalities that drive conflict. 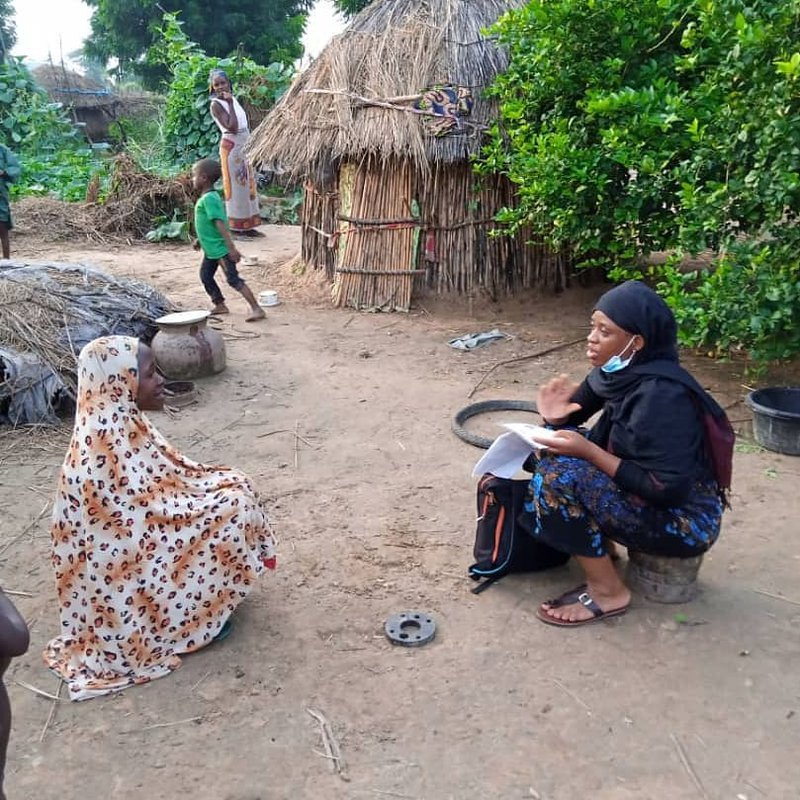 Registered with the Nigerian Corporate Affairs Commission (CAC) as an Incorporated Trustee in August, 2015, Safer World Foundation has been working in North Eastern States of Adamawa, Borno and Yobe as well as the North Central States of Benue and Plateau since August 2015.

We work to create and promote conditions where:

Safer World Foundation supports communities affected by conflict to actively get involved in providing alternatives to violence and promoting lasting peace. Built on a few years of experience and learning in communities affected by violence, our community programming unites people across divides to work together to find solutions, overcome division and promote peace.

We bring people together within their communities to work through issues that could lead to conflict. We ensure our community programming includes representatives from all sectors of society including women, minorities, young people, elders, and religious leaders. This also means connecting them with authorities, such as the police.

Through our programming we strengthen the skills and expertise of communities and other stakeholders in peacebuilding, gender peace and security, justice sector reform and arms control.

Marginalization and division unnecessarily prevent communities from living in peace. We believe that people are best placed for identifying and addressing their own security concerns. Our approach brings people together for peace – they define what security is, whom it is for and how it is delivered in their communities.

Too often security services and ‘solutions’ are disconnected from the needs of ordinary people. Safer World Foundation has been working with communities to ensure that people are in the lead in developing their own security solutions with authorities.

In February 2016 SWF implemented a project on Emergency and Early Recovery Assistance to Persons Internally Displaced by the Boko Haram Insurgency in Adamawa State with focus on peacebuilding and psychosocial support. The project was aimed at ensuring that IDPs and their host communities are enabled to coexist while psychosocial counselling is provided to over 500 persons.

Results indicated that the trained peace vanguards have been holding regular peace meetings in their communities.

In April 2018, the organization, with support from North East Regional Initiative (NERI) initiated a project that was geared towards building the capacity of Pulaku Civilian Brigade, a local security outfit established to tackle the menace of cattle

Rustling and other criminal activities in Duhu District of Madagali LGA. Safer World Foundation with support from NERI organized and facilitated training for the civilian guards on Early Warning and Early Response (EW/ER). The training was aimed at educating the civilian brigade on how to identify and quickly respond to a potential threat on their communities. Fifty (50) persons were trained as primary beneficiaries of the training. Other secondary beneficiaries that attended the training were some community leaders and a few elders. Participants were selected from all the villages in Duhu District.

Results achieved in the project indicates that that the Brigade members no longer take laws into their hands but have been reporting incidences to their community leaders and security agencies present in their communities. Also, the Pulaku

Civilian Brigade now engage more in information gathering as well as holding regular bi-weekly meetings where potential threats are identified and proactive measures taken to avert any form of conflict.

As part of the youth empowerment program of the organization, Safer World Foundation, still with support from NERI mobilized and empowered 100 youths as beneficiaries for Cash-for-work activities in Madagali LGA. The project, which was also geared towards building community cohesion and bridging the gap created by ethnic and religious divide, had youths provided with equipment and safety kits as provided for in the project. Beneficiaries requested that a club be formed so that the project can be sustained even after its duration as the whole exercise is for the good of the entire community. This club has since been formed and commissioned to work in different communities in the LGA.

Three Resource persons were sponsored by Safer World Foundation to participate in the Healing and Rebuilding Our Community (HROC) training in Kigali, Rwanda. The three weeks long training exposed them to Rwandan model of trauma healing and community rebuilding, using the African perspective. Upon return to Nigeria, these persons have been working and holding several trauma healing sessions with victims and survivor of the insurgency, most of them still living in displaced persons camp.

The Recent being the Training Of Trainers for Psychosocial Support Caregivers from October to November, 2019 for 37 Participants from 7 communities across Borno, Yobe and Adamawa States. Results indicates that trained psychosocial support counsellors have been engaging with victims of trauma and those affected by the Boko Haram insurgency in their communities and Internally Displaced Persons Camp.

As Third-Party Monitors for the Conditional Cash Transfer Program under the National Social Safety Nets Project since October 2019 till date, Safer World Foundation has been carrying out the monitoring and evaluation of the processes to ensure due process and transparency. This involves locating all communities and beneficiaries of the program, collate data from the field through the use of Open Data Kit, Focuses Group Discussions and Key Performance Interview. Safer World Foundation uses the information from the field to report all irregularities and grievances from beneficiary to the National Social Safety Coordinating Office, Some of these issues include extortion of beneficiaries by Cash Transfer Officers, sur-change of beneficiaries and others.