SAWA supports the right of Syrians refugees in Lebanon to live in dignity and freedom.
Last updated: December 2019

SAWA for Development and Aid is a Civil Society Organisation founded initially as a spontaneous initiative in December 2011 to respond to the arrival of the first 40 Syrian families to the North of Lebanon. 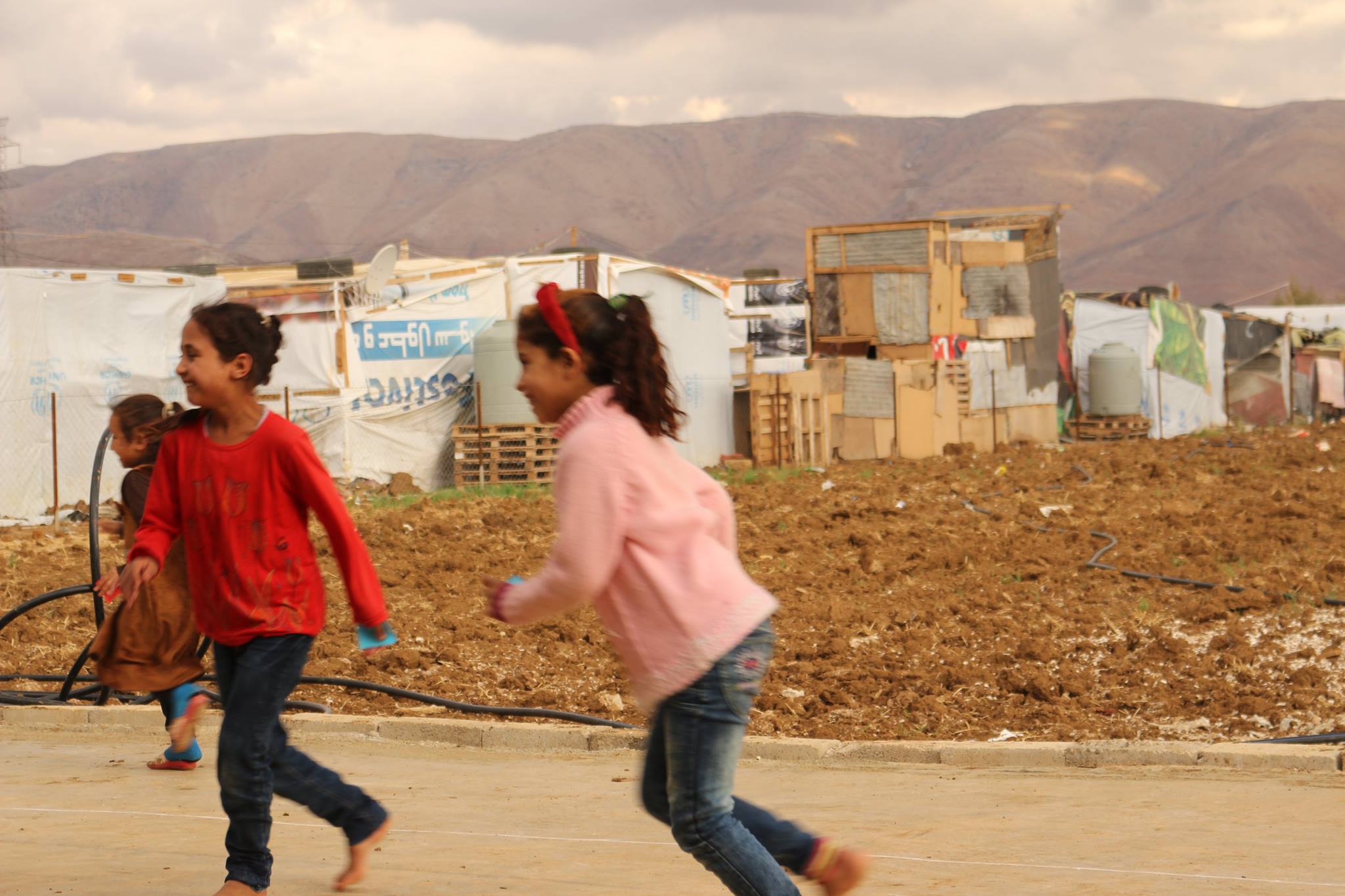 It then grew to include individual activists, both local and international, who worked "together" (literally, as is the meaning of ‘Sawa’ in Arabic). They shared their knowledge and exchanged their experiences in order to support Syrians, internally displaced or refugees.

The team supports the right of Syrians to live in dignity and freedom, and to be proactive individuals in their host communities. It is on a continuous learning journey based on a participatory relationship at all levels with the communities it works with, whether host or displaced and refugees, as well as with local and international partners.

It believes that humanitarian, developmental and civic work has to strive to achieve social justice; and so it aims to work with individuals and communities through holistic interventions towards a society based on democracy, pluralism, and values of citizenship and human rights. It offers a range of projects, from providing health kits to running programmes that improve literacy and tackle gender-based violence. In short, it is about Syrians supporting one another to build a civic and democratic Syria once back home.

In September 2019, the founder and director Rouba Mhaissen, a Syrian-Lebanese economist was awarded the Rafto Prize for Human Rights Work as a tribute to SAWA's commitment to Syrian refugees' rights in Lebanon.  In her acceptance speech she said: "When I received the call from the Foundation, I felt survivor guilt, thinking of my fellow Syrians in graves, in war, in tents or in prisons. But I also felt happiness, to see Syria once again on the global map, humility - to see me and SAWA's work recognized. But mostly I felt responsibility: how can I use this award and the opportunities it provides to do my work better, and to further support the communities we serve".

Among its many aspects of work, it supports economic empowerment of refugees. NaTakallam (‘we speak’ in Arabic) is a start-up that works with SAWA to connect with refugees in need of job opportunities. Doctors, professors and lawyers are forbidden from working in their fields in Lebanon, thus NaTakallam hires them and other Syrians in the country (as well as in Egypt, Germany, France and the Turkish city of Gaziantep) to provide Arabic language lessons focused on the conversational Levantine dialect to people around the world through Skype.

Underprivileged women refugees are taught crochet and art, and offered psychological support. Their products are sold in Lebanon and overseas, in fairs and shops. To the beneficiaries, "SAWA is the new Syria"; it offers an example of how the battered country should become after the war, an equal society where women are not second class citizens.

A local fashion and accessories brand has partnered with the organization on a project hiring women residing in informal refugees camps. They are paid per piece and attend workshops on accessories' creation to expend their talents and expertise. MasterPeace is a project launched in 2018 in which Syrian women learned the sewing and knitting techniques so they will be ready to work on a trendy fashion line.

Women are offered support on all level and are taught to refuse and resist gender based violence against them and aggression in everyday's life.

A key part of SAWA's work is operating several informal schools in the Bekaa valley for hundreds of Syrian child refugees who would otherwise not receive any form of education as Lebanese public schools cannot accommodate all the refugees' communities in schooling age. Many of the teachers are from Syria, enlarging the beneficiaries from the project. 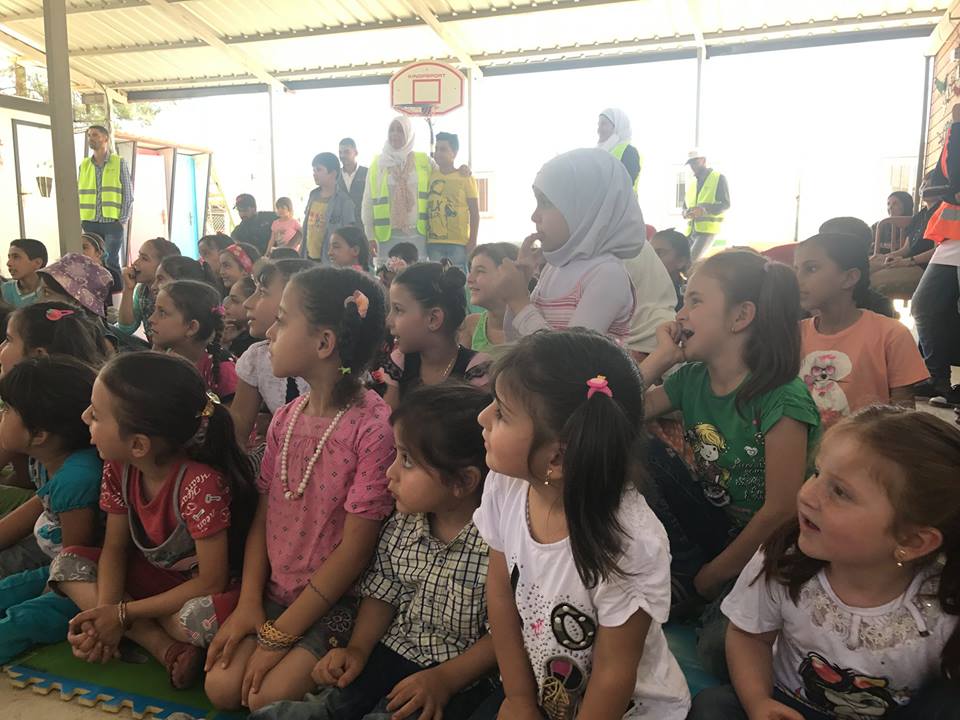 Scottish composer Nigel Osborne, a former professor of music at the University of Edinburgh, works with SAWA on its schooling program. He says creative arts give the children a "soft landing" back into education, build self-confidence and overcome the trauma they have faced.

Creative exercises are combined with the use of technologies to offer new and engaging ways of learning science and other disciplines.

In addition, the organization sponsored in 2018 the establishment of a football team of refugees who used to be professional players back in Syria. 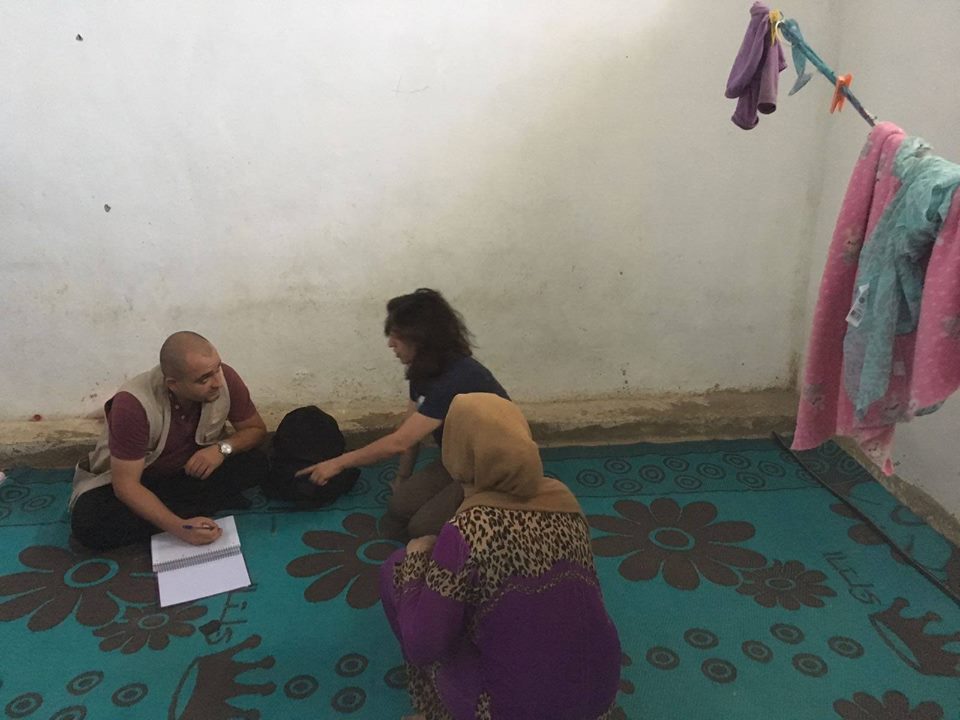 Until the end of 2016, the organization worked in 22 informal camps, supporting with shelter and infrastructure activities. It was able to rehabilitate more than 800 tents in Bar Elias, Saadnayel, and Dalhamiyeh; around 5600 individuals were supported.

Refugees receive food and clothes as well. Since 2015, SAWA involved hundreds of volunteers in its winter campaigns to support 70000 individuals. It distributed more than 1100 tons of firewood benefiting 65000 individuals, as well as blankets to 15000 persons. 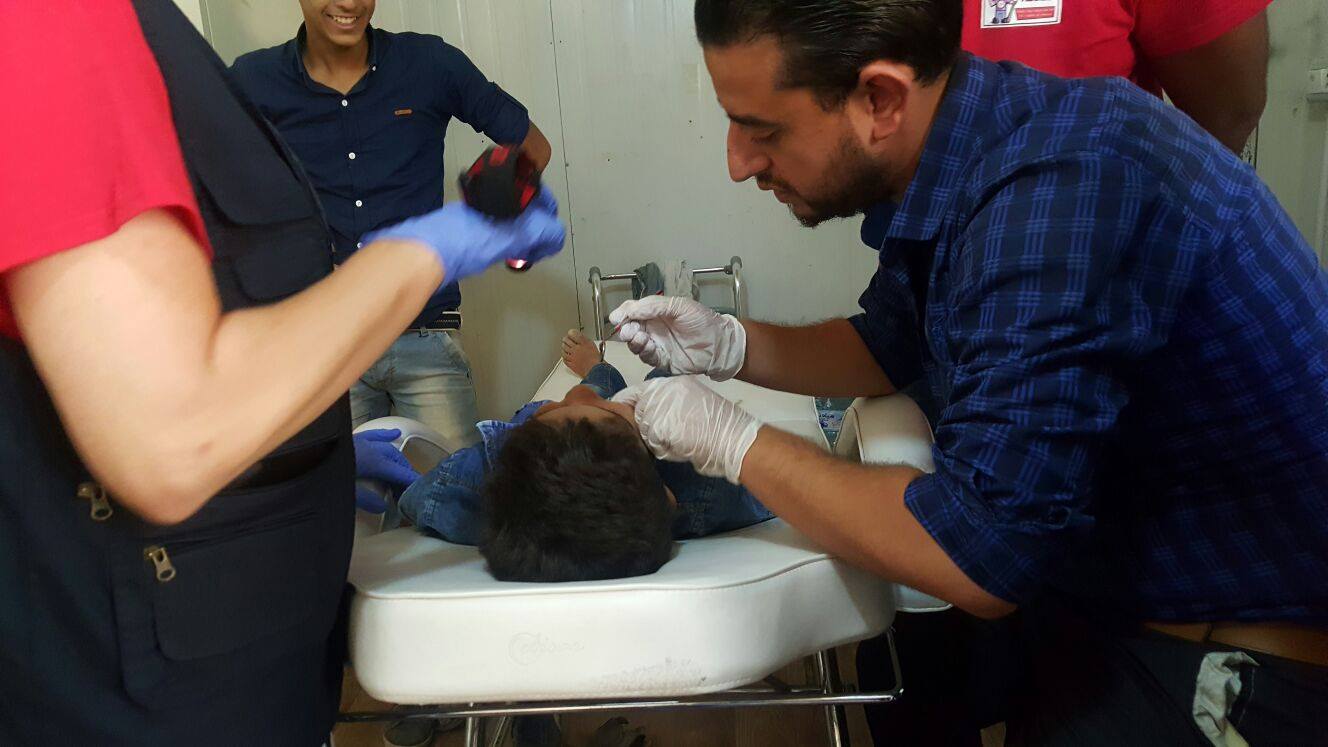 The organization also opened its own dental clinic with the support of UK based doctors in order to offer free medical consultations and medications.  By end of 2017, it has fixed six clinics across the Bekaa and two mobile clinics moving around 18 camps.

Over the past 8 years, SAWA for Development and Aid has been committed to winterization efforts including the distribution of warm clothes in the camps along the Beqaa Valley. The below freezing temperatures and inadequate housing make the winters more difficult on the refugees.

SAWA's agro-ecological training farm is a project that promotes acceptance and common values in practice, as Lebanese and Syrians work together in harmony. Other than the families in camps and schools that eat from the harvest they produce, this project benefits 30 Lebanese and Syrian farmers aged from 18 to 30 years old. Participants from both communities are enrolled in a 25 days training to enhance their know-how on environment friendly techniques for the purpose of shifting their activity to organic farming.

Lebanon, Beirut, Karakol Druze, Independence st., Hmedeh Building, 2nd floor and Bar Elias, Bekaa
Is there an error on this profile? Email hello@peaceinsight.org to let us know.
Latest from Lebanon →