Zaituna provides support to the Palestinian communities in Lebanon to both promote development and prevent violence.
Last updated: December 2019

Zaituna for Social Development is a non-governmental and non-profit local association founded in October 2006 by a donation from Nanum Munhwa, a South Korean Organization believing in working with people afar to contribute to world peace. Zaituna took its name from olive and olive trees, both very important components in Palestinian livelihood and culture. It is also registered in Lebanon as an official organization since September 2013 under the registration number 1577. 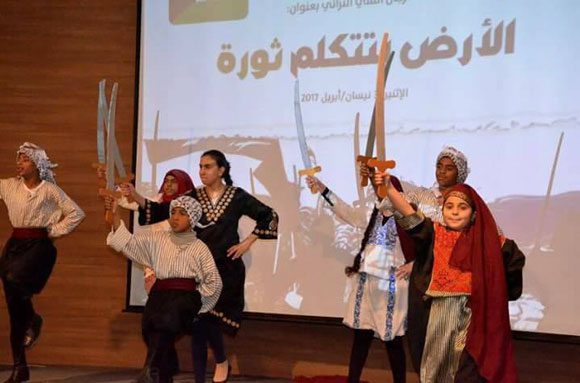 It works for the establishment a Palestinian community in Lebanon without educational problems, which result mainly from school dropout and illiteracy; as well as a community free of violence in general, and in particular against women and children, and is therefore for a friendly environment with host community and capable of making efforts of allowing its people to return to their homeland once possible.

The values and principles of the association bring it closer to the local Lebanese community, and Zaituna is always there to celebrate national holidays such as Lebanon's independence, through art and joint activities that enforce social cohesion.

The association adhered to integrity, transparency and hard work. It all paid and enabled it to gain the trust of men and women it supports, and cooperate with other organizations in the making of a community denouncing violence and capable of accepting others regardless of their sex, race and religion. 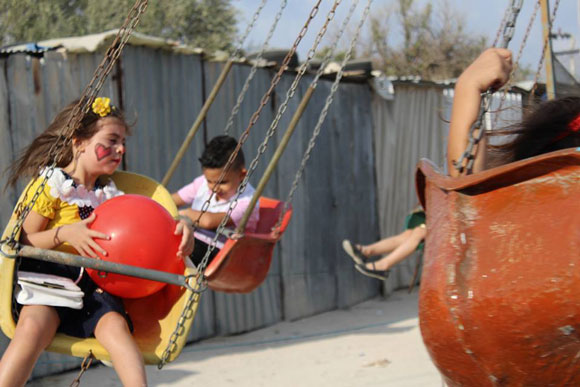 Keep in mind Palestinian camps in Lebanon are among the most crowded and underprivileged spots in the world, and resources are always scarce there. Therefore Zaituna often sponsors food and clothing donations, as well as Iftars, open to all during the holy month of Ramadan. It also highly depends on volunteers since it has a small team. Most of the workers are younger than 35 years old, which enables them to better understand the challenges and problems the youth face and work with them on solutions, on a daily basis and during summer camps. The females make more than 70 percent of the volunteers as experience has proved they care less about making money from community service.

One way of positively engaging youth is to train them on the values of volunteering. Some as young as 15 years old are helping the team in their work and trained at the same time through workshops and lectures as well as vocational training.

In order to protect these youth from the armed groups and preventing them from getting carried into conflicts in the very intense environment of Ain Helweh camp, Zaituna launched in 2016 the Harati Bayty Project which stands for "my neighborhood is my house" to enhance peaceful cohesion, especially in the blocs most vulnerable to internal clashes. Zaituna went to the neighbouring areas of the camp that witnessed violent fighting. After several meetings, the female workers and volunteers were able to set the ground for a joint commitment by armed groups to sideline children and youth during conflicts, in order to protect them from manipulation and recruitment. Young males who got vocational training used their newly acquired skills to fix houses in the neighborhood in order to make their communities a better living environment. 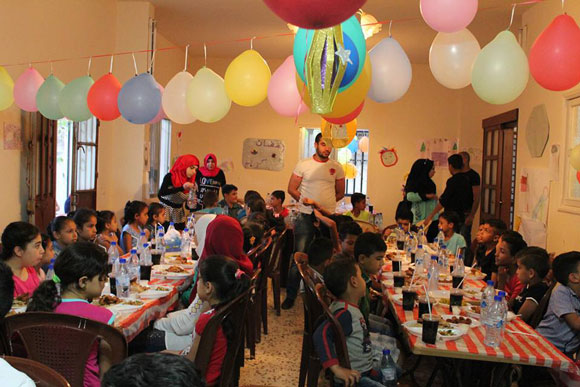 More than 3000 children received psychological support, in addition to educational and recreational activities. Colors were added to the neighbourhoods via graffiti in an attempt to replace the traces of fierce battles anf internal clashed. And children engaged in common activities; they became friends, and hopefully, they won't let political differences drive them to fight each other in the future.

This conflict resolution project restored confidence and hope to the neighbourhoods. Residents now work together on conflict prevention, in collaboration with Zaituna; and parents received useful guidelines on how to protect their children from armed conflict as well as drug addiction  in any future emergency. Girls aged between 14 and 25 who were forced to quit education, are provided with private courses in Arabic, English, computer literacy and mathematics. It is a means of empowerment and to fight early marriage as well.

The association also dealt with the outburst of the refugees from Syria, both Syrians and Palestinians. It worked on the inclusion of children in their new communities, and to befriend them with Palestinian and Lebanese counterparts. They received psychological support, vocational training and extra curricula support to continue their education. They were also included in the football and ping pong teams, and the folk dance band.

In fact, sports and arts are tools to peacebuilding in Zaituna's doctrine. The folk dance group has become known outside Ain Helweh camp and it takes part in events in Beirut. Cooking is a means of financial empowerment for women as well as literacy and English programs.