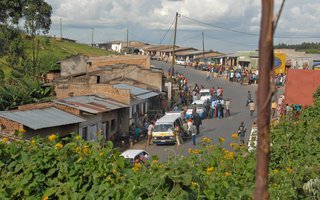 Dave Proffer via Flickr. Road between Burundi Gitega and Bujumbura.

The first six months of President Ndayishimiye’s term have been marked by important social and political changes. These include the return of thousands of refugees who had sought asylum in neighbouring countries, the launch of a massive screening campaign against COVID-19, the arrest of policemen and Imbonerakure involved in fraud and banditry, the recent release of the four journalists from the Iwacu group after 14 months in jail as well as a timid renewal of bilateral talks with the Rwandan government.

*The author of this article is a peacebuilder from Burundi who wishes to remain anonymous due to the security situation in the country.

These positive steps have raised hopes for Burundians who have long been waiting for real signs of change, yet the same period saw serious human rights violations and attacks perpetrated by both government forces and rebels of the RED Tabara movement. Though it is currently difficult to assess how many civilians have been casualties of this violence, it is clear that dozens of people have been killed since Ndayishimiye took power. Most of the victims were arbitrarily arrested and summarily executed; their bodies were found in rivers and on public roads.

Following years of political crisis, hopes for increased political and civil liberties under the new presidency have faded. Activist Germain Rukuki, who has been in jail since 2017, has seen his 32-year sentence confirmed by the Ntahangwa Court of Appeal. Likewise, Fabien Banciryanino, a former opposition MP who was arrested and detained last October, has since been accused of rebellion and is considered a threat to internal and external state security.

What should Burundian peacebuilders focus on in 2021?

The role of civil society organisations has proven essential - now more than ever before - in preventing violence and strengthening collaboration with others working for peace. Despite the challenges experienced by local peacebuilders in 2020, efforts have continued to maintain safety and peaceful cohesion at the grassroots level. At a time when the country is recording high numbers of returning refugees, these efforts are crucial.

Here are a few ways that local activists are continuing efforts to make the country safer:

Though this component may not be the primary responsibility of peacebuilders, it is of paramount importance in a context marked by the persistence of human rights abuses and violations. The government has not yet shown a strong will to support or tolerate the free and independent work of human rights defenders, therefore this work will remain critical in the near future. The renewal of the mandate for the independent Commission of Inquiry on Burundi, which relies heavily on independent data and testimonies, will also be crucial to uphold human rights. Since 2015, local peacebuilders and human rights defenders have been sharing detailed reports, testimonies and evidence of human rights abuses occurring across the country.

Fighting the spread of hate speech:

During this period, inflammatory rhetoric targeting ethnic groups has been widely shared through social media networks. Some officials and so-called journalists have been accused of spreading virulent messages that promote ethnic hatred and division. Biraturaba, a local peacebuilding group, warned that hate speech can provoke mass violence. They urged the population to refrain from such inflammatory rhetoric and called on the authorities to crack down on those responsible for creating and spreading hate messages. Beyond giving warnings, peacebuilders are proactively countering such rhetoric by speaking up about tolerance, unity, social cohesion and a peaceful society. For greater effectiveness, this approach could combine physical gatherings that adhere to COVID-19 measures with traditional media and online platforms.

Maintaining social cohesion at all costs:

Since a wave of refugees have returned to Burundi, the question of welcoming them and ensuring their sustainable and peaceful integration back into their communities of origin has been a matter of great concern. This has especially been the case for those returning from Rwanda, a country previously accused of backing forces opposed to the government. To support the safe return of refugees, local peacebuilders have developed activities focused on community dialogue, reconstruction of destroyed or abandoned homes, participation in local peace and development groups, sports competitions and further efforts to respond to the immediate needs of the most vulnerable groups.

Ingredients for peace in 2021

Despite the lack of major changes, there are reasons to be hopeful if all actors, political and non-political, from the grassroots to the top level, combine efforts for sustained stability. This will primarily happen through the arrest and prosecution of security forces and Imbonerakure found guilty of intimidation, mistreatment, murder and other human rights abuses. On the political front, the government should resume dialogue with the opposition in exile, release the remaining political prisoners and civil society activists and reopen the civic and media space. These are a couple of steps that will further reassure Burundians and encourage those who are still sceptical to return home. 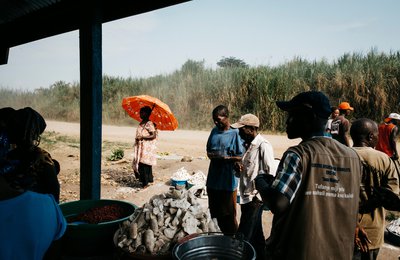