Horn of Africa: the linkages between food insecurity, migration and conflict

14 November 2014: Kisuke Ndiku explores the causes of food insecurity, migration and conflict in the Horn of Africa – and the consequences for local communities. Of the 160 million people living in the Horn of Africa, 70 million live in areas prone to extreme food shortages. 60% of the land is home to 22 million pastoralists. More than 40% of the population in the region is undernourished due to food insecurity and inadequate livelihoods.  During the 2010-2011 droughts malnutrition was as high as 30%.

Over the past 30 years, frequent famine - every five to seven years - and frequent conflicts have made this region one of the most food-insecure in the world.  Urban poverty was the third greatest contributor to food insecurity in the region.  Livelihoods and food security, therefore, are priority aspects of peace and development in this region. This has been difficult to achieve because of natural and man-made disasters including, human migration and conflict.

The Horn of Africa has a long history of conflicts at the local community level and across borders between communities of different countries. Conflicts disrupt households and their support networks in livelihoods, community social life, food and livestock production, human movement, and commerce; leading to displacement of populations raising vulnerability factors at households adding to exposure to more risks.

The context of conflict has taken different dimensions in the Horn region in the last ten years.  Apart from internal conflict, piracy, terrorism and political violence have brought new facets to conflict.  In addition, the migratory lifestyle of pastoralists has been under threat and instability caused by conflict, change in governance and administration systems, climate change, environmental degradation and natural disasters.

Conflict and instability can severely affect socio-cultural, political and power relations. Conflict exacerbates the vulnerability of poor people, displacing them from their homes and depleting their assets. It makes emergency relief operations directed towards IDPs or refugees difficult and dangerous for those involved and has a much more negative impact on long-term development, diverting scarce resources away from development objective into war.

In this article, human migration is taken to mean the movement of human populations to settle in other geographic locations, due to any other cause other than intended and voluntary movement.  In this regard, movement associated with disaster, conflict, or forced migration will be perceived to constitute human migration.  Nomadic movement of communities will not be regarded as part of human migration as it does not in itself constitute an intention for settling.  However, where some factors or forces associated with nomadic lifestyles enforce desire to flee or settle away from particular locations to avoid conflict, or attain safety; such migration will be categorized as part of trans-human movement and will be part of human migration.

In the Horn of Africa region, a number of factors have led to human migration. These include factors as wide ranging as natural disasters, conflict, poor governance, and lifestyle changes.

Effects on livelihoods and food security

Conflict and human migration within the Horn of Africa brings with it a myriad of consequences for communities. The key consequences include:

Conflict and Human migration cause food insecurity and, periodically, famine to the lives of a large proportion of the population of the Horn of Africa. Instability makes life intrinsically difficult with a shrinking and degraded resource base. Combined with population pressures, climate change and limited coping capacities, human lives are threatened. These challenges notwithstanding, resources like water and land continue to offer opportunities if utilized better in the region.

It is clear that the problem of livelihoods and food insecurity is complex and multifaceted one in which investments are needed focusing know-how for developing systems, education, health, energy and infrastructure to provide the framework that allows people to broaden livelihoods options that create long-term food security opportunities. 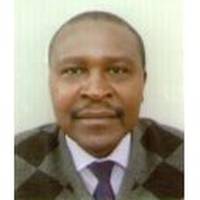 Kisuke Ndiku is based at PRECISE, a regional agency involved in organizational development, strategic management of change, leadership development and planning in Africa.