21 July 2016: A combination of human and natural disasters has generated a repeated wave of refugees in Somalia. Abdiwahab M. Ali and Badra Yusuf discuss how best to normalise their status and support integration. UNHCR statistics show that, out of population of 12 million Somalis, nearly two million are either displaced within the country or have sought refuge elsewhere. The majority of these refugees and displaced people are young, disadvantaged families. This demographic, who were born and raised in camps and settlements, continue to struggle with normalising their status and integrating with the host community.

The recent decision of the Kenyan government to shut down Dadaab refugee camp, just a few days before the World Humanitarian Summit, came as no surprise. This was not the first time that Kenya has taken such a decision.

In April 2015, while visiting Nyeri County in Kenya, DP William Ruto gave the UN High Commissioner for Refugees three months to send Dadaab refugees back to Somalia, by which he said that Kenya would forcefully return them. Such forced repatriation of Dadaab refugees would violate the International Resolution 2198 and its associated principles of voluntary returns. The announcement created an international outcry, with some believing that Kenya, like Turkey, is using migrants as bargaining chips in a bid to get more support from the international community.

Today, Dadaab is the world’s largest camp with around 350,000 people. If it were considered as a Kenyan city, it would be the third largest. And to the world, Dadaab is just a refugee camp, full of tarp-covered domes. But to those born and raised on UN rations, it is home. In his lengthy essay, Why I call Dadaab home, Asad Hussein recalls how, growing up in Ifo going to school sometimes on an empty stomach, his love of Kenya and how words like “Refugee” were regarded as an insult, but have now become part of his identity.

In November 2013, Kenya signed a tripartite agreement with Somalia and UNHCR, defining procedures and outlines for the voluntary repatriation of refugees. So far nearly 5,000 Somali refugees have voluntarily returned to Somalia and 4,500 more have signed up to return.

However, this has also generated many questions about the procedure. Is Somalia ready for such an influx of refugees? Even in the context of voluntary return, the prospects for local integration and resettlement require a national and international strategy guided by long term solutions.

Political will: the situation of refugees requires a political commitment by the Somali government to promoting the rights and the dignity of its displaced populations. The presence of a strong national leadership, effective coordination structures and response models that go beyond emergency humanitarian assistance are as necessary as ever. In the absence of national policy frameworks to support formalised and institutionalised systems, both national and international players need to take appropriate measures to come up with a cohesive and participatory sustainable assistance strategy that promotes the efforts of linking development strategies with durable solutions.

Local participation and inclusivity: the rights of displaced people, irrespective of sex, age and clan, must be promoted. The solutions need to be driven locally and reflect the diversity in displacements patterns and human needs. In addition, discussions on displaced people and refugees need to be all-inclusive and human centered. A comprehensive decision making process, in collaboration with those most affected by the crisis, especially youth and women, needs to be created. They should be able to participate in the planning and delivery of both current and future interventions.

Engaging the private sector: in the absence of strong public institutions, Somalia’s private sector, particularly in the telecommunications, remittance, business and livestock spheres, has played a critical role in providing basic social services and thus shaping the lives of many. However, the Somali business community has also hindered reconciliation efforts, by financing warring sides and militias to manage the risks to their businesses. In this case, any kind of engagement - be it humanitarian or developmental - needs to be considered and planned thoroughly.

Bottom-up approach: a community based approach that facilitates the participation of the displaced people is key when designing durable solutions, recovery and development strategies. Both humanitarian and development programmes need to drive opportunities that can benefit local economies, enhance community strengthen and create self-reliance. Refugees and IDPs should be at the center of stabilisation, peace and state building efforts in Somalia. If we are to secure sustainable solutions, then humanitarian and developmental actors and the public and private sectors must all work together towards a common goal. Only then will Somalia be a better place for future generations. 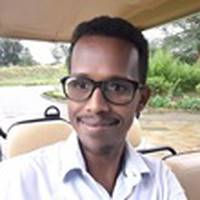 Abdiwahab M. Ali is a freelance writer and researcher. His interests include conflict analysis, the links between peacebuilding, state-building and service delivery in fragile states, institutional capacity development and aid effectiveness. Follow him at @Uber_Somali. 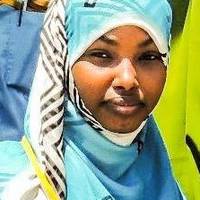 Badra Yusuf is a Somalia-based humanitarian specialist and blogger focusing on sustainable solutions to displacement. Follow her at @Badrabela.