25 April 2018: After almost a decade of delays that stalled Lebanon's political process, parliamentary elections held next month will be a watershed moment for women and youth who seek to have their voices heard. But will it be enough to shake up Lebanon's corrupt and male-dominated political system?

The May 6th elections are one-of-a-kind.

They will be the first legislative elections Lebanon has had in nearly a decade; they were postponed illegally three times since the last vote in 2009, with politicians citing security concerns and issues over a new electoral law.

For the first time since the country’s independence in 1943, this year’s elections will be conducted through a system of proportional representation and preferential voting. These elections have a record number of candidatures, as well as a record number of female candidates.

On the face of it, this initiative appears to be a positive step for Lebanon’s democracy. The reality, however, is far more complicated.

A corrupt and broken system

Undeterred by the many shortcomings of the current system, several activists see the upcoming elections as an opportunity to reject establishment politics and make their mark

The current Lebanese system is a corrupt balance of power between warlord-turned-politicians who perpetuate an obstinate system that is immune to change. The last elections, due in 2013, were postponed under several pretexts, such as security concerns and technical problems, but this was in fact about political disputes over gains and shares.

In addition, young people are unjustly denied their right to vote. The voting age is 21 years while the age of candidacy is 25. Given the fact that the last elections were held in 2009, most youth have never cast a ballot before. Despite being active taxpayers, the population of 20-year-olds in 2009 have had to wait until the age of 30 to cast their first vote. In this regard, it is quite ironic that a young person who is a candidate in this election might not have cast a ballot before.

The Lebanese political system is an exclusive male-dominated club of institutionalised political kinship whose members refused to include a female quota in the electoral law adopted in 2017. Seats in the parliament are allotted according to different sects.

Although women gained the right to vote as early as 1953 and have since run for elections, only 10 women have become Members of Parliament (MPs) to date. They have largely stayed outside of Parliament's halls for many years. The 2005 elections, held shortly after the assassination of late Prime Minister Rafic Hariri and the withdrawal of the Syrian army from Lebanon, ended with only six female MPs out of a body of 128 seats; this number dropped to four seats in 2009.

Despite having the necessary skills and knowledge, most of these women owe their positions to family ties with prominent politicians: Bahia Hariri is Rafic Hariri's sister; Nayla Tueini is the daughter of assassinated deputy and journalist Gebran Tueini; Nayla Moawad is the widow of assassinated president René Moawad; and Strida Geagea is the wife of Maronite political leader Samir Geagea.

Undeterred by the many shortcomings of the current system, several activists see the upcoming elections as an opportunity to reject establishment politics and make their mark.

Only 84 women remain in the [electoral] competition, making up just 14% of the final group of candidates

111 women submitted their candidacies this year; a "magic" number hailed by the interior ministry and international organisations. However, many could not continue the race, having to withdraw due to being unable to enrol in ballot lists a mandatory condition for valid candidacies. Therefore, only 84 women remain in the competition, making up just 14% of the final group of candidates.

Among the ruling parties represented in the government and Parliament, it is the Future Movement, led by Prime Minister Saad Hariri, who has nominated the highest number of female candidates; a mere 4 out of 37.

Rima Fakhry, the first and only female representative in Hezbollah’s political bureau, said the role of the lawmaker is unsuitable for women. She explained:

"A woman is a woman. She is a mother and must bring up future generations. This takes a lot of her time."

Ms Fakhry failed to explain how she belongs to the inner decision-making group of her religious party while being a woman herself. In fact, given the political and military structure of Hezbollah, her tasks could be more serious than those of a deputy.

Although her arguments seem unconvincing, they are in line with her party's conservative theological teachings regarding girls' education, early marriage, marital rape, equality and women's rights.

According to veteran journalist Raghida Dergham, so-called ‘civil society’ only looks like it is welcoming women as opposed to doing it in practice. She quit the race because activists failed to unite together to challenge the establishment. Moreover, she admonished the sexist attitudes in the political sphere that consider women’s candidatures a joke.

In a recent sit-in demanding constitutional equality between Lebanese men and women in their legal right to pass on nationality to their children from non-Lebanese spouses, only three women candidates showed up to support this just cause. One was a lawyer fighting for women's rights, another a journalist and vocal preacher of gender equality, and the third delivered a prepared speech and left immediately afterwards; seeming indifferent to the cause and more interested in media exposure. She is running on the Prime Minister's list, and presumes she will certainly be elected, so why bother making an effort?

On another occasion, a candidate used ‘motherly’ language to attract voters. While male colleagues spoke of politics, the economy and environmental issues; her argument was, "men entrust us with raising their children so they should trust us to practice politics." It is upsetting to see women engaging in politics in such a way.

Was it insecurity that led this candidate to rely on traditional gender stereotypes to support her running for office? What prevented her from taking pride in her own career?

The views of female candidates

We are ruled by a bunch of people who know absolutely nothing about us. The voters are fed up with fake promises and need to make their demands heard

Caroline Bazzi is a 33-year-old journalist who has voted only once, in 2009. She is from a Hezbollah/Amal movement stronghold in the South of Lebanon where the chances for change are nearly impossible. She was ridiculed for daring to challenge the rigid establishment, and for being a woman.

Ms. Bazzi told me that she decided to run because elderly citizens are lacking adequate medical coverage, thousands of university graduates are unemployed, and many young children are on the streets instead of in schools.

Her voice cracked as she spoke of her struggle to help a thirteen-year-old girl with a chronic illness get medical assistance. She sought the help of a politician who, in her words, "kept me waiting for eight months when he could have helped in a moment." The poor girl passed away weeks ago, said Ms. Bazzi tearfully, adding:

"She deserved better, her parents deserve better, people deserve better. We are ruled by a bunch of people who know absolutely nothing about us. The voters are fed up with fake promises and need to make their demands heard."

Despite having a large amount of support from young people, she is not one of the 84 women who remain in the race. The electoral law has no room for independent candidates, and Ms. Bazzi refused to seek a place on a list that would not match her personal beliefs and desire for change. However, she would like to prepare for a list with like-minded activists in the 2022 elections.

Lina Hamdan is a strategic communications and media expert with a background in political activism. She is running on a list entitled the "Beiruti Opposition" that she describes as a third way between sectarian traditional parties and divided civil society.

She told me: "We are not against X or Y in the government for personal reasons. We are fighting rooted corruption; there is an urgent need to establish administrative reform in Lebanon. It is the key to a civil state free from sectarianism. We have to start somewhere. Our list represents ideas and programs, not religions and sects, even though we are running for seats allotted to our respective sects, because the electoral law forces us to."

She takes pride in knowing that although she is competing for a Shiite seat, her sect by birth; Christians and Sunnis are interested in her ideas and want her to represent them for what she stands for.

Hamdan is realistic and acknowledges it is very hard for her to win, but perhaps her colleagues from other sects have better chances, "and if anyone succeeds, it is a triumph for all of us. It will be a shaking of the status quo."

She would then examine the election statistics to find out who voted for her. "Most probably they will be from other sects, people dreaming of a secular state; then I would know my candidacy was successful even though I didn't enter the Parliament, and I would be all set for the next step."

She is already working on post elections plans. "There will be a nexus for a secular movement, a solid homogenous opposition that runs above the sectarian rifts."

As a word of encouragement, she reminds voters all over Lebanon that: "Even if your chances are very slim, you have the power to say ‘No’.” 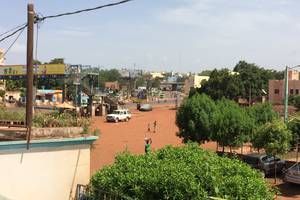 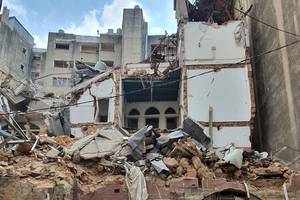 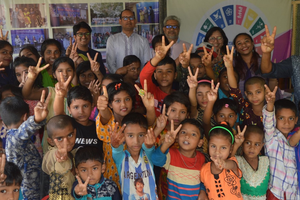 We are living through what Sri Lankan peacebuilder Dishani Jayaweera has called “one of the most challenging moments of human evolution.” With a global pandemic and the U.S. experiencing one of the most contentious election cycles in recent history, who would disagree? Read more »