07 October 2020: Plunged in a socio-political crisis for months, Mali recorded its fourth coup d'état on August 18, 2020 following a mutiny of soldiers that led to the resignation of President Ibrahim Boubacar Keita. Our Local Peacebuilding Expert, Boubacar Thera, discusses the event, its root causes and its ramifications for Mali's tenuous peace process.

The day of August 18th was marked by high tensions after a mutiny of soldiers took place in a military camp in Kati (15km from Bamako) around 08:00 in the morning. By the afternoon, it was confirmed that President Ibrahim Boubacar Keita and his Prime Minister, Boubou Cissé, had been arrested and detained by the mutineers. By midnight of the same day, President Keita made a brief appearance on national television to announce his and his administration’s resignation as well as the dissolution of the National Assembly, leading to a seizure of power by the military.

For several months, Mali has faced a multitude of threats to its national security - crimes of all types, frequent rebellions since independence, violent extremism and terrorism, community conflicts, a thriving illicit economy, and poor governance.

For several weeks after the coup, the country has remained without a government and under the sanction of ECOWAS, which suspended Mali from its decision-making bodies and closed the borders of all its Member States with Mali, which has aggravated the socio-economic crisis already gripping the country. The day after the coup d'état, the mutineers seized power and set up a National Committee for the Salvation of the People (CNSP).

A country facing a number of crises

For several months, Mali has faced a multitude of threats to its national security - crimes of all types, frequent rebellions since independence, violent extremism and terrorism, community conflicts, a thriving illicit economy, and poor governance. Added to this are the multiple strikes that have been organised by various unions - including teachers, health workers, the police and judicial bodies. The COVID-19 pandemic has exacerbated the situation that Ibrahim Boubacar Keita's regime had difficulty in coping with.

This coup took place after several months of wrestling with an opposition movement called the “Mouvement du 5 juin- Rassemblement des Forces Patriotiques” (The 5th of June Movement - Rally of Patriotic Forces, M5-RFP), who organised regular mass protests demanding the resignation of Mali’s beleaguered president, Ibrahim Boubacar Keita. These demonstrations were mobilised under the clout of Imam Mahmoud Dicko, a former president of the Islamic High Council, who initially mobilised large crowds through his own political movement, the Coordination des mouvements, associations et sympathisants de Mahmoud Dicko (Coordination of Movements, Associations and Sympathizers of Mahmoud Dicko, CMAS). Other major demonstrations followed, including on June 19th and July 10th, the latter resulting in the deaths of over ten civilians.

For the time being, all eyes are on the ongoing negotiations between the military junta and ECOWAS for a rapid lifting of sanctions and the resumption of economic activities with the reopening of borders.

Meanwhile, economic activities are at their lowest point of growth in all sectors, most of which are informal and whose consequences will soon have serious economic repercussions on populations already reeling from the political, institutional, security, health and economic crises. For the time being, all eyes are on the ongoing negotiations between the military junta and ECOWAS for a rapid lifting of sanctions and the resumption of economic activities with the reopening of borders.

Towards a path of transition

Civil society organisations showed leadership when local peace actors took part in the national debate during national consultations organised from September 10 to 12 under the aegis of the CNSP that led to the adoption of a charter for the transition period for a period of 18 months. Delegates from Bamako and the interior of the country succeeded in having their proposal for the adoption of a social stability pact integrated as one of the three priority axes of the political transition roadmap, namely the strengthening of security throughout the national territory, the launch of the political and institutional reform process and the adoption of a social stability pact.

Despite the current impasse, many hope to see fundamental changes for a new Mali

Specifically, the third priority of the draft transition roadmap calls for the following actions:

Parallel to this, most CSOs on the ground are continuing to adapt their activities despite this tenuous political situation. Despite the current impasse, many hope to see fundamental changes for a new Mali.

Boubacar Thera is a Program Officer at the Centre for Security Sector Governance. Previously, he served as the National Coordinator of the West-Africa Network for Peacebuilding in Mali (WANEP-Mali) until 2019. Mr. Thera is also a doctoral candidate in Public Law at the University of Cheikh Anta Diop (Dakar, Senegal) and the University of Legal and Political Sciences of Bamako (Mali). 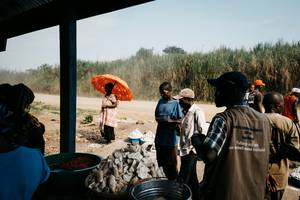 Talking to a brick wall 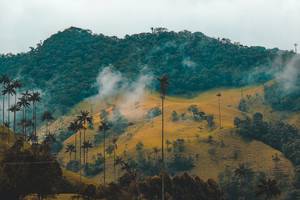 In this article, local peacebuilding expert in Colombia Lina María Jaramillo explores the role of dialogue in building peace, and why it's needed now more than ever. Read more »