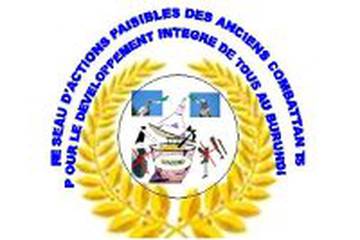 Réseau d’Actions Paisibles des Anciens Combattants pour le Développement Intégré de Tous au Burundi (RAPACODIBU) was started in 2008 by a group of former combatants. RAPCODIBU was formed after having witnessed criminal attacks, acts of banditry and destruction due to what they saw as continuous manipulation of young people by politicians and the proliferation of weapons. The founders are convinced that development cannot be achieved without disarming civilians. The organisation accompanies government efforts in the Great Lakes region in disarming civilians and preventing proliferation of small arms.

The group strives to ensure effective social and economic integration of former combatants in their communities. RAPACODIBU does this through diverse small scale development projects and by engaging them in local peacebuilding and conflict resolution initiatives. Sample of small arms from former combatants in Bubanza province

I am very proud seeing former combatants now acting as peacebuilders, taking initiatives in their respective communities to collect and hand over small arms. Instead of keeping them, they sensitise their peers for a voluntary hand over of arms - Ficard Ndayimirije, leader of the RAPACODIBU

As a former combatant himself, Ficard Ndayimirije, leader of the RAPACODIBU, is well aware of concerns and difficulties of combatants. He saw that many of them were tempted to hide weapons to be used in acts of banditry; he created the RAPACODIBU as a means of prevention. Former combatants are still calling him to hand over their arms. Ficard redirects them to local police and administration.

The organisation has 20 members of staff and 400 members across the country. Its future plans include a second campaign aimed at collecting small arms to ensure the 2015 electoral period is violence free.