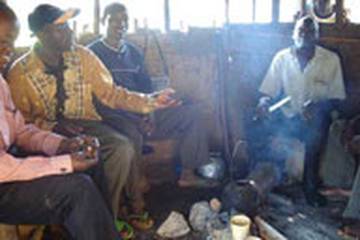 Conflicts: Democratic Republic of the Congo

Support the work of this organisation

Based in Eastern DR Congo, the part of the country most vulnerable to violence, the Centre Résolution Conflits (CRC) has, for the last 10 years, been tireless in its work rescuing child soldiers, keeping communities together, building relationships and training people from different tribes to live together peacefully.

A large part of the work of CRC is dealing directly with the militia groups in the area. Although many militia members want to stop fighting, they’re unable to see any opportunities outside of the armed groups. CRC works with them in getting them to lay down their arms and integrate into the national army or find other means of income. CRC also negotiates with militia groups for the release of child soldiers who have been forcefully taken from their communities, taking them out of an environment of violence, rehabilitating and reintegrating them back into their communities.

CRC works extensively with refugees and Internally Displaced Persons (IDPs) in helping them back into their homes. CRC mediate between them and their former communities to pave the way for their return, as well as ensuring they have something to come back to by rebuilding homes that may have been destroyed during the conflict. They also establish peace committees and 'Taskforces' in the region, groups which are able to monitor situations and act as early warning for erupting conflicts and respond quickly to potentially violent situations.

Some of their key successes have included: