One of the poorest nations in the Americas, Haiti’s history is marked by protracted instability. A legacy of political violence, economic instability and natural disasters continues to cause problems today.

A military coup in 1956 marked the beginning of 29 years of dictatorship, during which the country saw widespread violence and human rights abuses. Severe corruption resulted in the deterioration of basic services and infrastructure. Although there were moves towards democracy in the 1990s, Haiti continues to suffer from political instability and poverty. A series of riots in 2008, protesting rising food prices, caused widespread disruption and suffering.

Natural disasters also frequently affect Haiti. When a magnitude 7.0 earthquake hit the capital in 2010, tens of thousands of people were killed and the nation was devastated. An outbreak of cholera added to the suffering of those who survived, hampering reconstruction efforts.

Although Haiti has made some progress towards long-term long-term development, its recovery has been troubled.

In 2015, contested elections led to a period of political crisis and stagnation and prompted violent protests.

One reason for delayed elections was the arrival of a devastating Hurricane in October 2016, in which over 1,300 people died, and hundreds of thousands were made “highly food insecure.” The political stalemate also massively impeded the government’s humanitarian response. In January 2017, Joevenel Moise was finally declared the winner of the November 2016 election.

Under Moise’s leadership, Haiti is now re-forming its armed forces – originally disbanded in 1995 due to its history of human rights abuse - in preparation for the departure of the UN’s MINUSTAH stablisation mission. There are therefore concerns of a resurgence of violence. 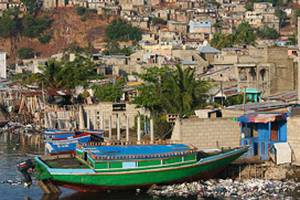