X
The Iraq section has been archived. This organisation profile is no longer actively maintained and may not be accurate. 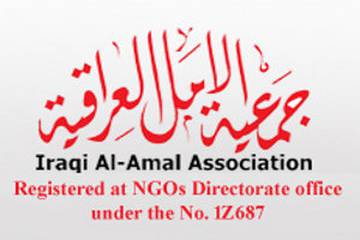 The mission of the Iraqi Al-Amal Association is to build capacity and raise awareness around social issues in Iraq to ensure peace, sustainable development and the respect of human rights in Iraq. IAA launched a Conflict Resolution programme in 2004 aimed at teenagers and since then has organised a wide variety of peacebuilding activities, including:

IAA has engaged with numerous other local and international partners to achieve its mission. These include working with UN agencies in the Kurdistan region and joint programmes for advocacy campaigns. IAA have also received support from international governments, for example from the Norwegian and Dutch Ministries of Foreign Affairs. The Mennonite Central Committee has supported specifically the peacebuilding work of IAA. IAA is currently receiving EU funding for a human rights programme.