Upon its independence in 1960, the Ivory Coast was led by authoritarian and charismatic leader, Félix Houphouët-Boigny. He was later elected in 1990. President of the National Assembly,Henri Konan Bédié, succeeded him in 1993. Bédié’s commitment to Ivoirité, divided the ‘real’ south from the ‘foreigners’ in the north. Marginalisation and retaliation saw political affiliations align with regional and ethnic identities. This pattern was repeated after Bédié was overthrown in 1999, and newly elected Laurent Laurent Gbagbo began consolidating his power.

Peaceful elections were eventually held in 2015, resulting in a landslide for Ouattara. This and promises of transitional justice provided hope for reconciliation.

In April 2016 UN investigators said Guillaume Soro had “used the 2011 civil war and the aftermath as an opportunity to acquire hundreds of tonnes of weapons, which are now under the control of [his parallel] army.”

In March 2016 the growing threat of Islamist violence in the Sahel materialised when AQIM militants killed 18 people in Grand Bassam following similar attacks in Mali and Burkina Faso. Political instability has also been threatened by two military mutinies over pay in 2017, prompting fears of another coup.

In 2017, an arms cache was discovered in the home of Kamagate Souleymane, an aide to Soro. The Ivorian government then requested the assistance of the United Nations experts to investigate. 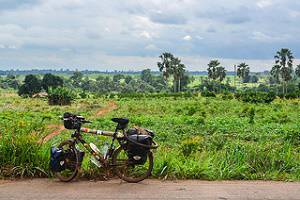