X
The Jordan section has been archived. This organisation profile is no longer actively maintained and may not be accurate. 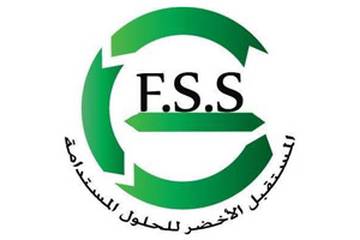 Green Future for Sustainable Solutions (GFSS) is a Jordanian social venture founded as a company in 2010. In addition to its primary mission to raise awareness, demonstrate and support solid waste initiatives, it is also a social enterprise designed to enhance social cohesion and resilience by generating income for people who face access barriers. Its creates work for marginalised employees through the income generated for the services it provides to its network of clients and the sale of recycling commodities. The mission of GFSS is to demonstrate and support initiatives to reduce waste and increase recycling of goods and commodities. These initiatives are related to peacebuilding from the standpoint that they create hope through income generation, environmental stewardship and community cohesion.

Most often peace is described through invisible concepts. GFSS seeks to make the invisible aspects of peace visible through tangible action. When communities are involved in creative action, hope increases and this reflects on an increase in social peace and trust.

In addition to its twelve direct employees, GFSS works with a community of subcontractor families who process such commodities as waste bread for animal fodder and five star shampoo and lotions for re-sale. All transactions are part of a much-needed low cost product value chain and represent to date only a small percentage of Jordan’s recycled product potential. GFSS partners include hotels and other businesses. A first major awareness milestone was a joint project with GIZ and the Kerak municipality on designing, building and equipping a recycling unit for the municipality. A second was the sharing of local experiences at a regional level at a recycling conference in Tunis and publishing an article on the basic approach of GFSS. The third milestone was being contacted by Resource Waste and Advisory Group concerning assistance with a project between the European Bank for Reconstruction and Development and the Ghabawi landfill. The RWA project to be funded by the bank is about creating alternative employment opportunities for waste pickers at the landfill who will be displaced by the implementation of methane capture technology. GFSS' vision focuses on leadership development to increase access to waste income generation for an expanding number of people. The bottom up approach ensures that both people and the environment are the first priority and to establish the foundations for a higher standard of environmental stewardship in Jordan. This has become increasingly important in view of the influx of Syrian refugees into Jordan. GFSS in designing programs in cooperation with local and international partners aims to mitigate the environmental impact on Jordan.

GFSS connects the formal and informal waste sectors, and focused on awareness building, waste management and social cohesion, and utilises its experience, learning culture, project designs and dialogue to meet the needs of a variety of constituencies.

Local partners include hotels such as the Sheraton and Hyatt, businesses such as Aramex and Carrefour Supermarket, and institutions such as the American, British and German cultural centers.