Myanmar, also known as Burma, has been plagued by conflict for decades.

In 1962, a coup d’état replaced Myanmar’s parliamentary democracy with a military junta that ruled for the next 49 years. These years saw the impoverishment of the population, the emergence of a war economy, and the expansion of drug production.

A nominally civilian government installed in March 2011 raised hopes for democratisation and reconciliation. At the same time, however, fighting between the government and the KIA armed group resumed, breaking a 17-year long ceasefire.

The conflict in Kachin intensified in 2016 and 2017 created a humanitarian crisis and the military has been internationally condemned for human rights violations. More than 98,000 civilians have been displaced.

Amnesty International’s 2017 report details war crimes committed against these groups and civilians of ethnic minorities by the Myanmar Army, including arbitrary detention, torture and extrajudicial killings.

The situation in Myanmar, and its transition to democracy remains volatile. In the west, Myanmar’s Rohingya Muslim population continues to suffer oppression. Intensifying in October 2016, mass killings, gang rapes and village burnings have been perpetrated by some Myanmar security forces on a huge scale. This has resulted in 168,000 people fleeing their homes since 2012. 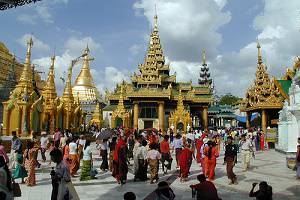